The Netherlands offers the biggest indirect subsidy by taxing a litre of diesel at 28 cent less than petrol, according to T&E’s reportEurope’s tax deals for diesel. The lower diesel tax has not been beneficial for the climate because it has led to larger vehicles and additional mobility.

Carlos Calvo Ambel, policy analyst at T&E, said: “The recent diesel air pollution scandal highlights again why Europe should end its diesel subsidy that now amounts to €2,600 per car. With oil prices low, now is the time to act and finally align petrol and diesel taxes.” 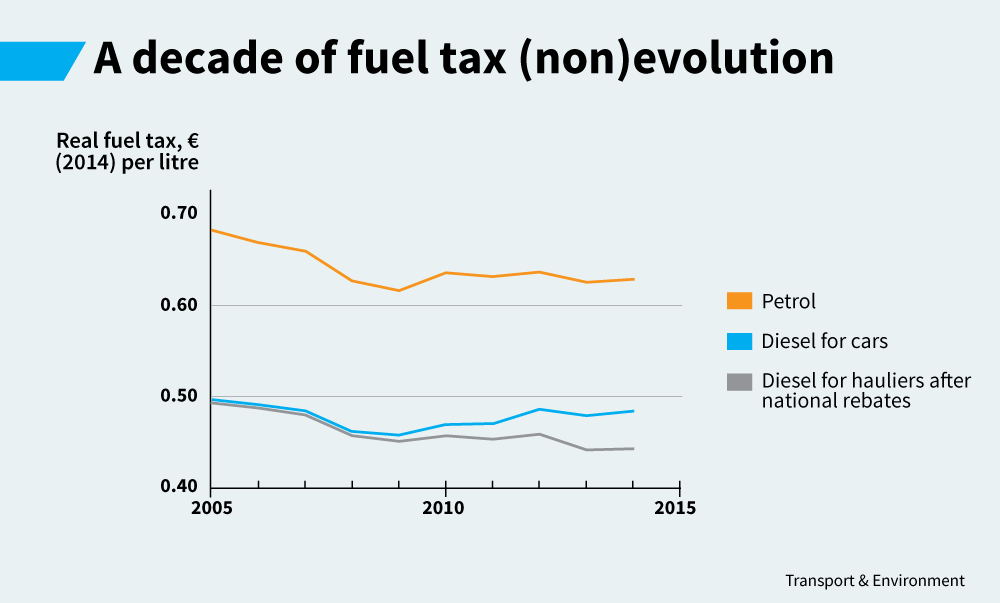 Some European countries are beginning to rethink their diesel tax strategy. Belgium and France recently announced plans to eliminate the gap with petrol over the next few years. The UK already taxes diesel and petrol at the same rate per litre, though this means diesel is still taxed 10% less per unit of energy.

Diesel used by trucks is taxed even more lightly, and truck owners received a €4.5 billion rebate last year on diesel fuel tax, the report also finds. Eight EU countries – Italy, France, Spain, Romania, Belgium, Hungary, Ireland and Slovenia – now give hauliers rebates on their diesel excise, up from one country in 2000. In a race to the bottom to attract foreign trucks, 10 countries now tax truck diesel at or close to the EU minimum rate of 33 cent per litre. 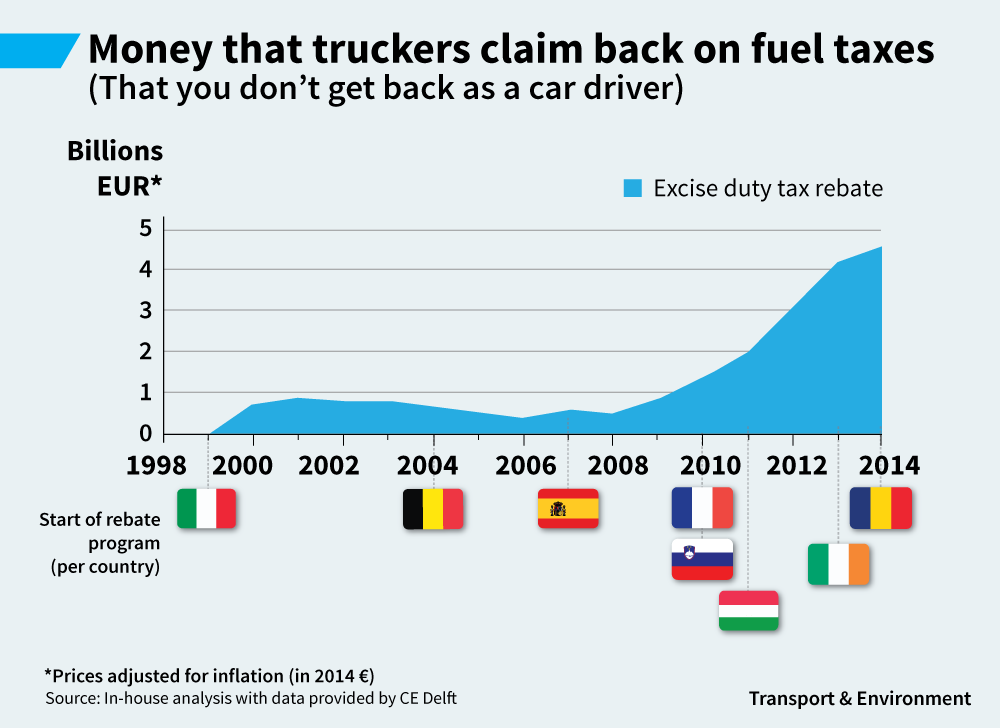 Carlos Calvo Ambel added: “Small and centrally located EU countries are using fiscal dumping techniques to get foreign truckers to fill up at their pumps. This is not only undermining their neighbours’ tax revenues but is creating a race to the bottom that runs completely counter to the EU’s ambition to reduce CO2 emissions and oil imports. The Juncker Commission should propose a substantial increase in the minimum EU diesel tax as part of its 2016 transport decarbonisation package.”