Low-resistance tyres, which can be retro-fitted to existing as well as new trucks, reduce fuel consumption by 7% fuel but have a very low market penetration of only 1%, according to the report which is based on data from the International Council on Clean Transportation. Meanwhile, hauliers spend on average €32,000 a year per truck on fuel.

Stef Cornelis, safer and cleaner trucks officer at T&E, said: “It’s a classic case of market failure. Technologies that have been on the market for more than five years on average are only being deployed in around 15% of new trucks. Given the value of the savings on offer, it is a shame to see so much innovation left on the shelf.” 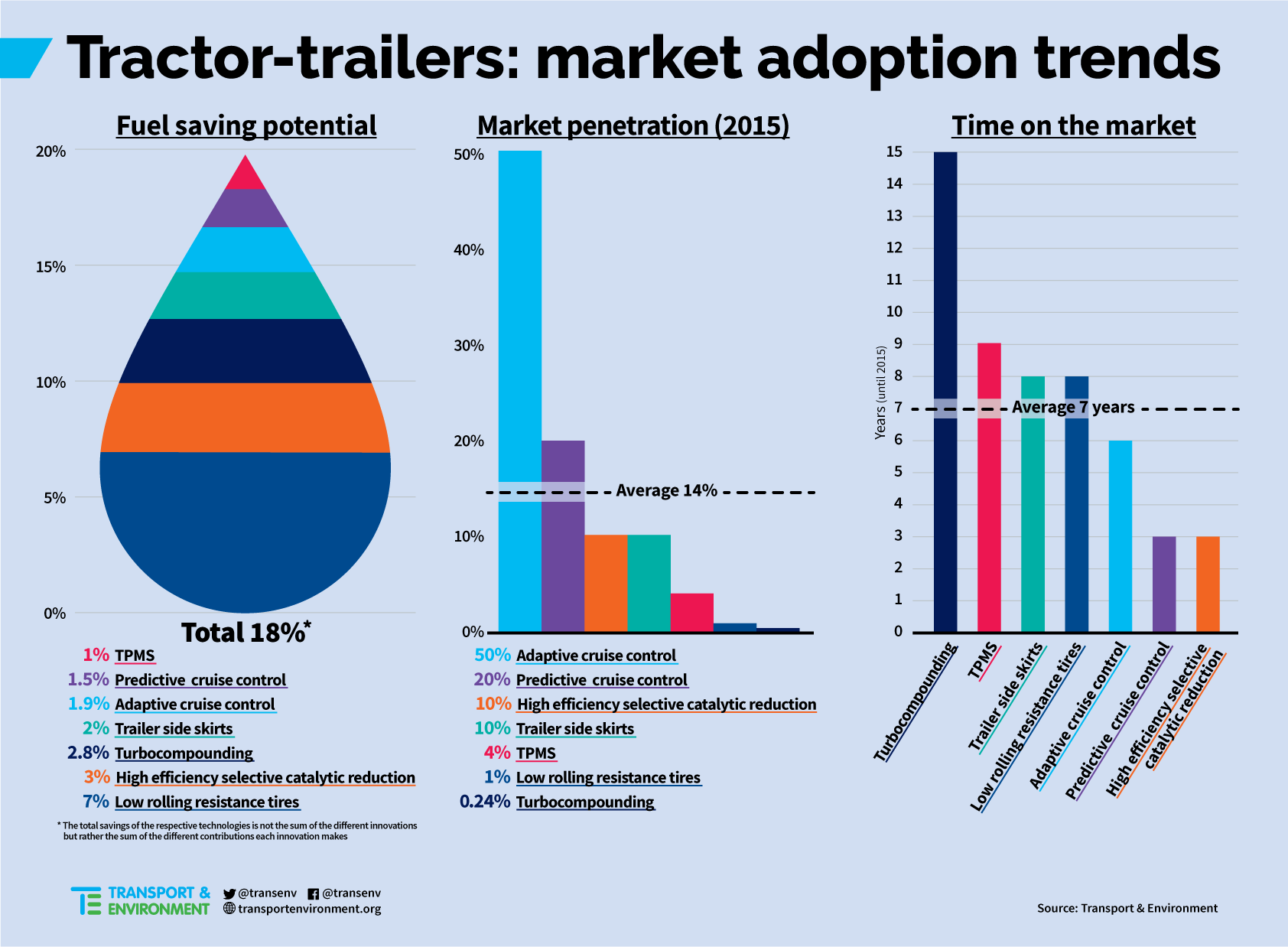 Truckmakers only sell many of these technologies as expensive optional extras, leaving hauliers unable to meet the cost upfront, the report finds. Also, the sharing of trailers means a haulier may not always reap the benefit of fuel-saving innovations used on trailers.

The European Commission will publish in early 2018 its proposed European truck fuel-efficiency standards. Trucks represent less than 5% of all vehicles on the road in Europe but are responsible for around a quarter of road transport’s greenhouse gas emissions. Their fuel consumption hasn’t improved over the last 20 years: a truck from 2015 still consumes roughly the same amount of fuel as a 1995 truck.