Switching to electric cars will save companies €4,300 per vehicle on average, T&E’s own analysis shows, as the total cost of owning a large EV is 9% cheaper than owning a diesel. Yet 96% of new company car registrations last year were still petrol and diesel, according to the Dataforce research. As EVs are cheaper to run and their range is growing ever longer, companies should be left with no incentives to keep using polluting cars.

Saul Lopez, e-mobility manager at T&E, said: “Electric cars are already the best choice for corporate fleets which clock up high mileage and care about overall costs, not sticker price. Yet most company cars have polluting engines. Why should taxpayers effectively subsidise the pollution of company cars when electrics are cheaper to use?” 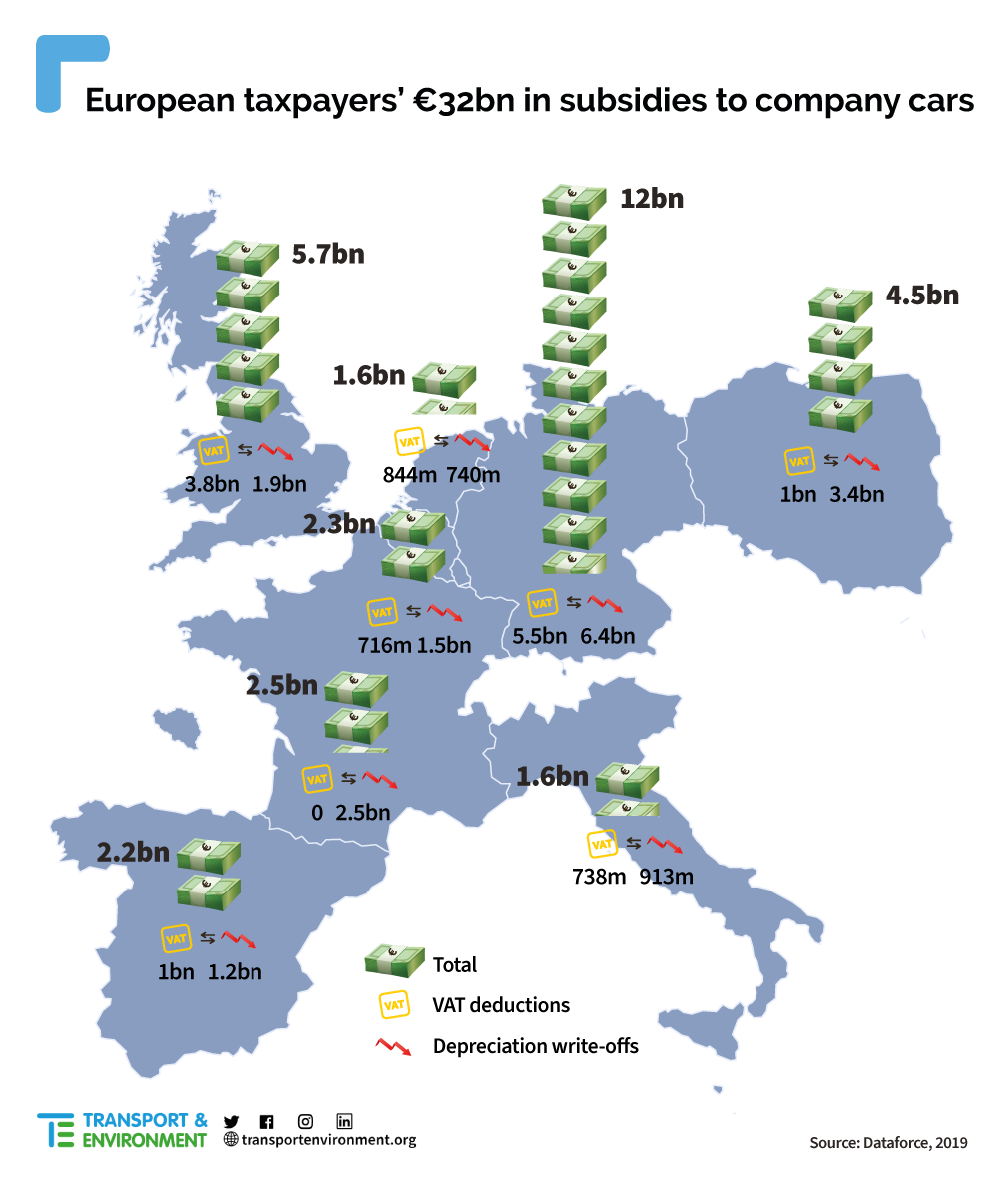 Today, six out of 10 cars sold in Europe are company cars, making electrification of the segment ‘low hanging fruit’ for governments to make progress towards their national climate goals. It would also provide cheap second-hand EVs to the used car market. T&E said that by 2025, at the latest, leasing companies should only be buying zero-emission cars.

EU governments should reform the benefit-in-kind taxation, VAT returns and depreciation write-offs received by fossil fuel cars in corporate fleets, T&E said. The EU should also play a role by turning its Alternative Fuels Infrastructure Directive into an ambitious charging regulation that requires a more harmonised roll-out of charging points at home, work and across the bloc.

Saul Lopez concluded: “Company cars are driven more so they pollute more. They are the perfect place to start addressing the toxic air crisis and the climate impact of road transport. Governments, the EU and cities should pick this low-hanging fruit so that all new company cars are electric by 2025.”