There are sufficient mineral reserves in Europe and the UK to manufacture almost 200 million electric cars – enough to replace about two-thirds of Europe’s car fleet if recycling of EV batteries is optimised, the study by Transport & Environment finds. The European Union has recently proposed a new law to require batteries to be recycled and require responsible sourcing of raw materials, but the UK has not said whether it will match the EU’s ambition. 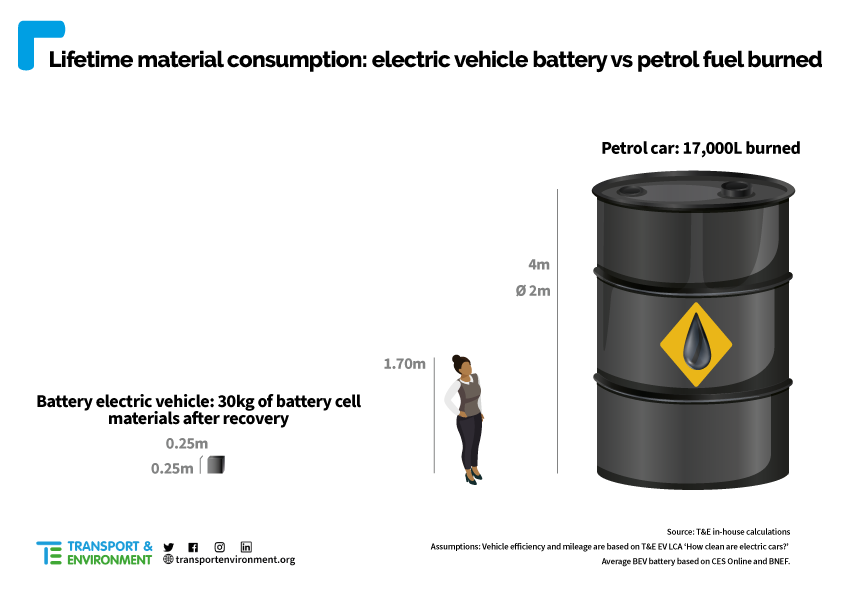 Greg Archer, UK Director of T&E, said: “The valuable minerals mined to make electric car batteries will be used and reused unlike those of oil. Over its lifetime, an average engined car would burn through a stack of oil barrels, 25 storeys high, creating about 40 tonnes of CO2 and worsening global warming. In comparison only 30kg of metals would be lost each time an electric car battery is recycled – roughly the size of a football. The UK government needs to mandate battery reuse or recycling and sustainable supply chains just as the EU has recently done.” 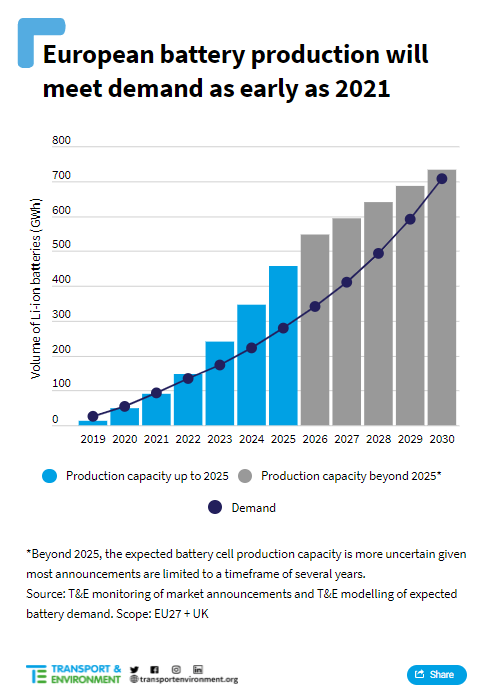 Europe, including the UK, is likely to produce enough batteries to supply its own EV market as early as 2021, the study also finds. Already 22 battery gigafactories, including two in the UK, are planned for the next decade or in operation with a total production capacity extending to 460 GWh in 2025 – enough for around 8 million battery electric cars.

Greg Archer added: “The UK car industry needs to step up to the mark and commit to manufacturing far more battery electric cars in Britain. At present Toyota and Vauxhall have no plans to make any in the UK. This will create the market for additional investment in UK gigafactories. Just as North Sea oil propelled the economy in the past, North Sea wind powering UK-made electric cars can kick start our economy.”

Overall, EVs are also far better for the climate, requiring 58% less energy than a petrol car over their lifetime, the study finds. And, as T&E’s lifecycle analysis tool shows, in the UK today EVs emit 67% less CO2 than petrol cars on average.