Skip to content
Having looking at lots of different impacts, the report is clear that favouring diesel vehicles over recent decades has lead to transport having the biggest impact on human health. ‘On-road diesel vehicles contributed the most to pollution and associated disease burden,’ it says. And it points out that the long-time lag between the introduction of new vehicle standards and their fleet-wide implementation means diesels will contribute to chronic diseases long after legislation forcing emissions reductions has been passed.

The study particularly criticised Europe, where it said: ‘The emissions reductions expected from progressively tightening NOx emission limits for diesel LDVs failed to materialise due to gaps in compliance and enforcement and widespread cheating. If the affected vehicles remain on the roads – whether in Europe or after being exported overseas – the associated health impacts are likely to persist.’

In terms of policy recommendations it says: ‘The dominant contribution of diesel vehicles and engines, including non-road mobile sources such as construction machines, to transportation-attributable health impacts highlights the importance of further developing emissions standards.’ Among its suggestions are NOx limits in the US, expanding the global uptake of the highest standards, strengthening compliance and enforcement, and accelerating fleet turnover to remove older technology.

It has been known for many years that emissions from transport, particularly road traffic, contribute to poor air quality, which is the world’s leading environmental health risk factor. In 2017, ambient air pollution resulted in nearly 3.5 million premature deaths from stroke, heart disease, lung cancer, diabetes, breathing difficulties and other ailments globally. But as transport technology develops and more information is collected on air pollution, the exact impact of transport on health alters, and decision-makers need up-to-date information on how and where transport does most damage to health to design policies accordingly. 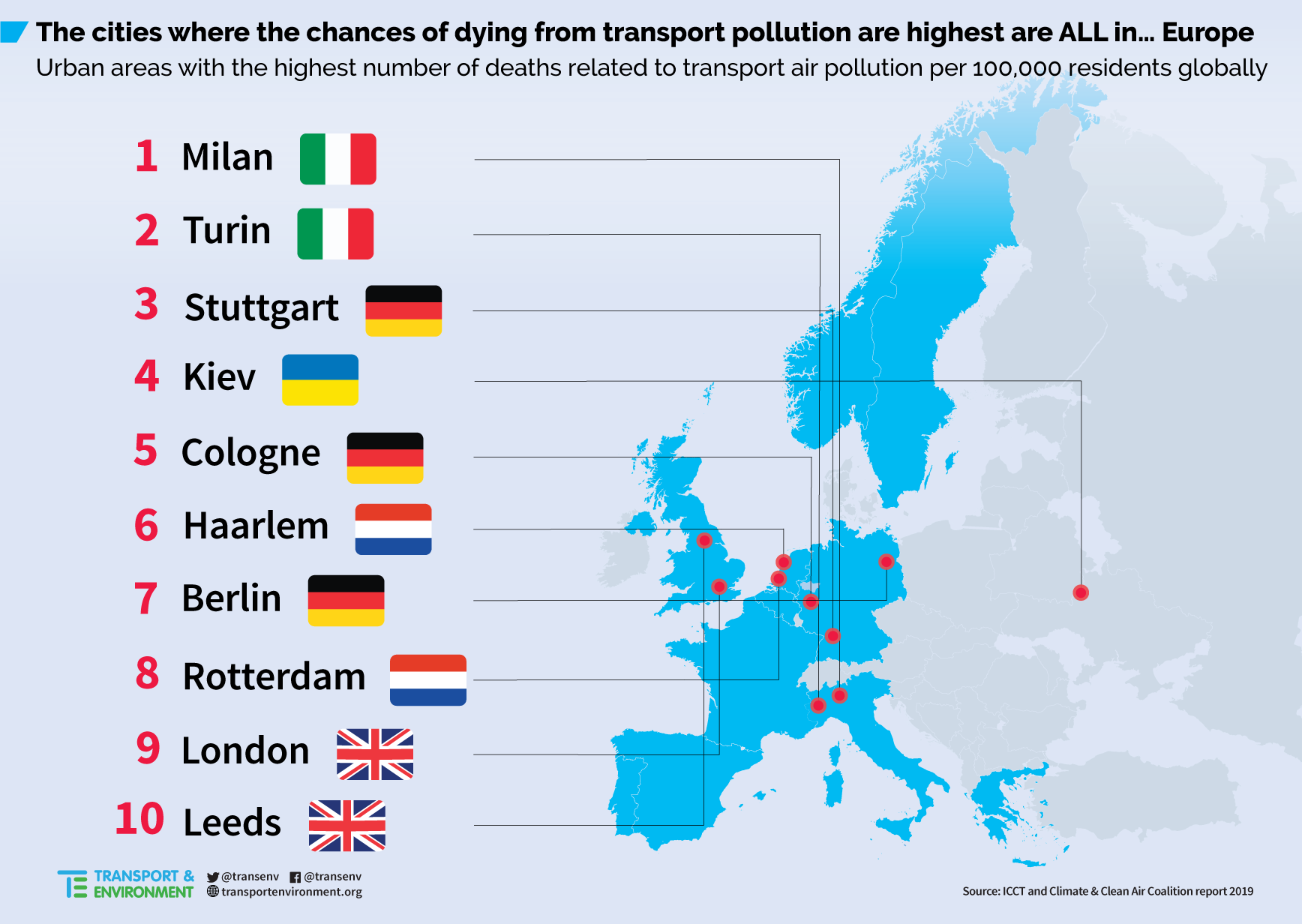 The ICCT therefore set about updating information on transport emissions and air quality, based on 2015 figures, and working out what can be done to tackle transport’s contribution to ill-health. Its findings, the report A Global Snapshot of the air-pollution-related health impacts of transportation sector emissions in 2010 and 2015, also show that the growth in traffic has offset advances in emissions reduction technology. While the global percentage of air-pollution-related premature deaths attributable to tailpipe emissions stayed approximately the same, the growth in transport meant ‘the health impacts of transportation emissions are increasing rather than decreasing’, despite emissions reductions in the developed world.

Among the report’s other findings were: