Also available in French, German, Italian, Spanish, Polish, and in the UK

EU policymakers are lagging behind truckmakers when it comes to CO2 emissions, a new study shows. Improvements in aerodynamics and fuel efficiency, as well as flexibilities in the regulations, mean trucks can already achieve the EU’s 2025 CO2 reduction target while producing just a few zero-emission vehicles. T&E says the EU needs to raise targets in order to increase the production of zero-emissions trucks throughout the decade to ensure the industry decarbonises on time.

Lucien Mathieu, acting freight director at T&E, said: “Truckmakers are going green quicker than policymakers, which is absurd. However, this is not the case of the free-market doing its job, but rather policymakers failing to do theirs. Truckmakers are clearly able to decarbonise quicker. It’s time to make them.”

Swedish truckmaker Scania leads the way in terms of CO2 emissions from new trucks with emissions 5.3% lower than the average for the most common type of long-haul truck. Scania’s better emissions performance is primarily down to aerodynamics, which it has achieved without producing any zero-emission trucks. Laggards Renault and IVECO, on the other hand, have the highest emissions: 2.6% and 2.4% above the long-haul average respectively.

If all of Europe’s trucks performed as well as the most efficient models on the market, it would reduce average truck CO2 emissions by 6% today, the study shows. But efficiency gains alone will not get Europe’s trucking sector to net-zero, T&E warns.

Lucien Mathieu added: “Best-in-class trucks can deliver emissions reduction today, but efficiency only gets you so far. Europe needs to drastically increase the number of zero-emissions trucks on its roads in the coming years to have any chance of decarbonising the sector on time. But current truck CO2 targets fail to encourage truckmakers to produce them. We need to crank up the targets throughout the decade.”

Most truckmakers have made voluntary commitments for electric sales which go beyond what the EU requires. According to their public announcements, these voluntary commitments would take the market to around 7% zero-emission vehicles in 2025 and 43% in 2030 – higher than the 2% needed in 2025 to meet existing voluntary targets. These voluntary announcements show that the EU can set a realistic – but more ambitious – target of at least 30% zero-emission trucks by 2028, says T&E. 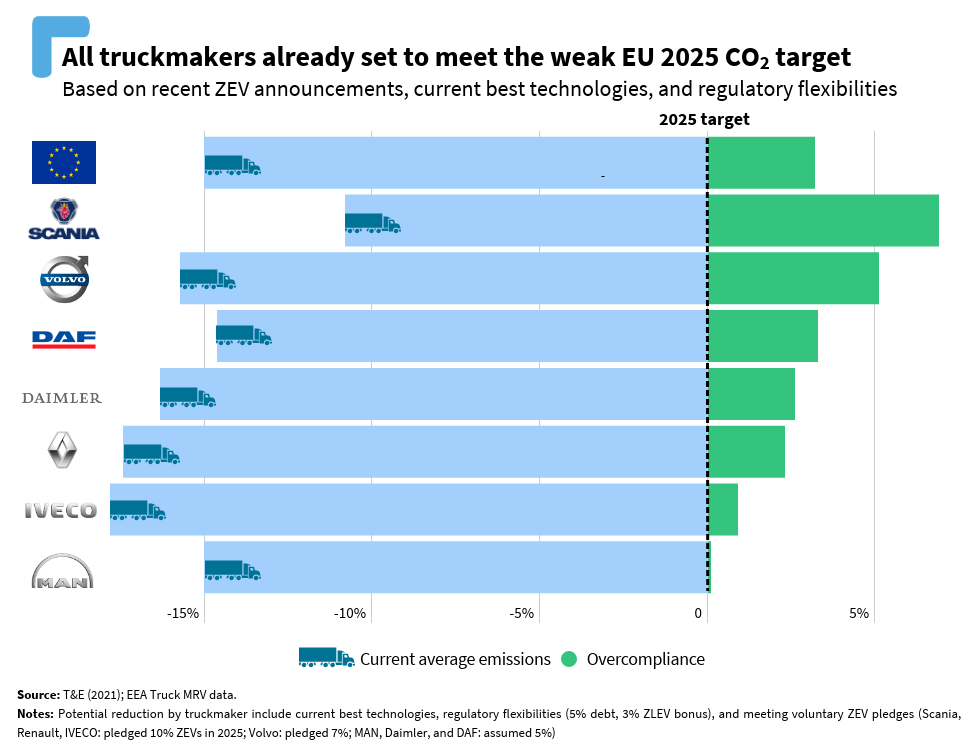 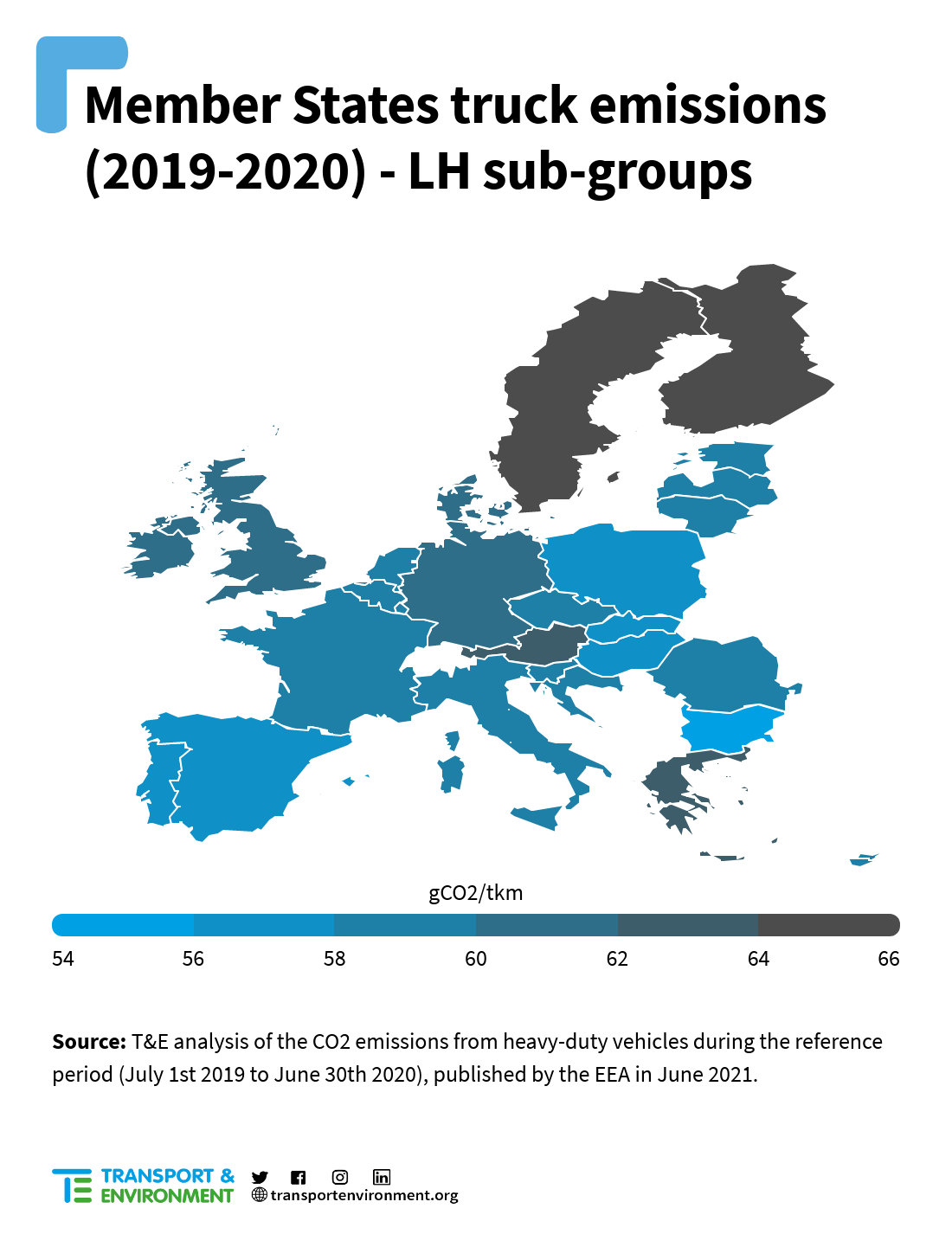 [1] Each truck manufacturer has a specific target based on the number of sales in different truck sub-groups ( mileage, size, power etc.)