In the run-up to the most important Commission conference of the year on how to decarbonise road transport on 18 June, T&E argues that this level of CO2 cuts will enable road transport to make a proportionate contribution to Europe’s climate and energy security goals. Moreover, it will avoid the burden being shifted to the two other big non-ETS sectors, buildings and agriculture.

William Todts, transport policy manager at T&E, said: “Our research shows one simple fact: without fuel efficiency standards for cars, vans and lorries, EU countries will struggle to meet their 2030 climate obligations. But if the EU sets 2025 standards for cars, vans and trucks, the climate targets could be reached in a way that is good for both the economy and the environment.” 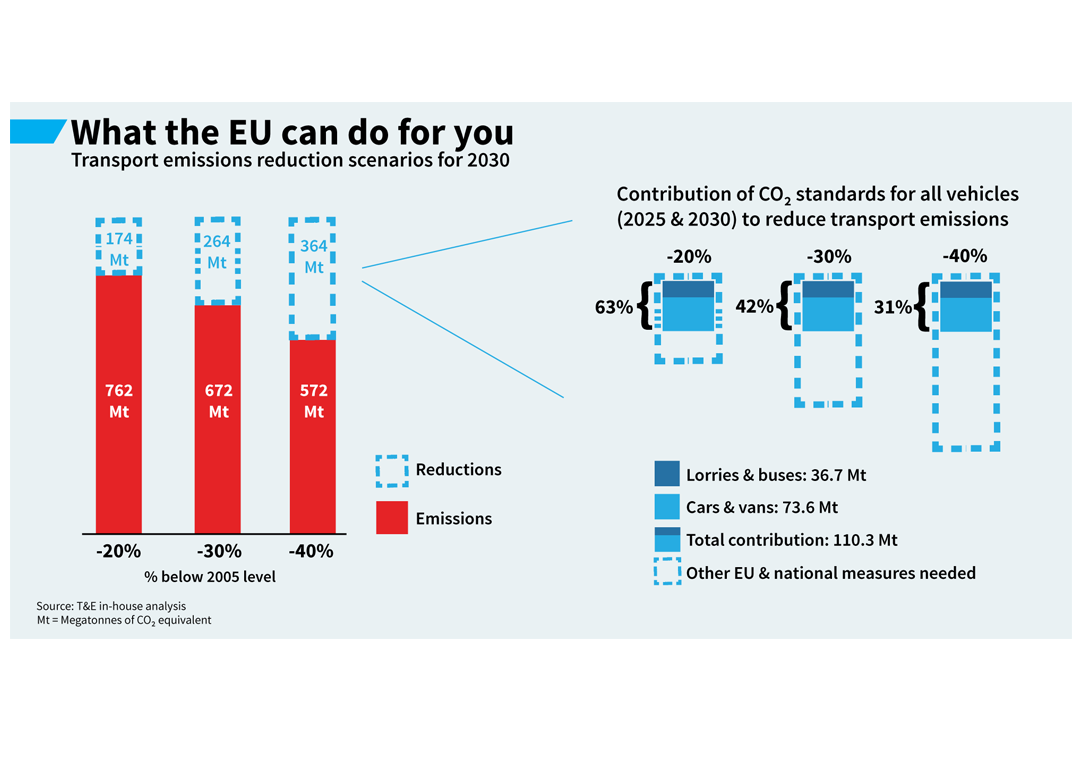 According to a position paper seen by T&E, ACEA, the association representing the interests of car, van and lorry makers in Europe, is lobbying the Commission to delay any new fuel efficiency standards for cars and vans until after 2030 [3], while it stays quiet about setting CO2 limits for lorries.

The T&E study ran the ACEA scenario (no new CO2 limits for cars, vans and lorries until after 2030) and found that it would leave a very large gap to be filled with national measures such as fuel taxation, road tolls, forced modal shift or a radical overhaul of spatial planning. 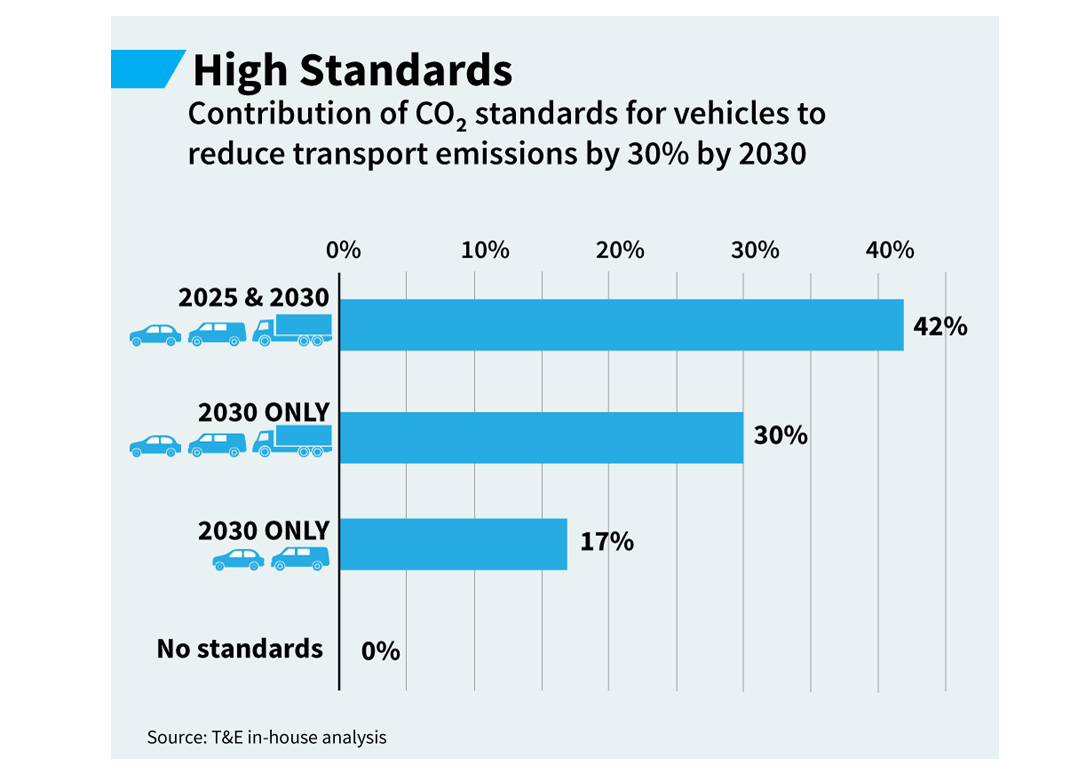 “ACEA has been singing the same tune for years. For them it’s always up to others to solve the problem. The reality is that transport is now Europe’s biggest climate problem. Burying the single most effective instrument we have to tackle vehicle emissions until after 2030 would be foolish and would put national governments in a very difficult position,” concluded William Todts.

Europe is committed to reducing CO2 emissions by 80-95% by 2050 to keep global warming below 2°C. Transport emits a third of the EU’s total CO2 emissions and is responsible for half of Europe’s energy imports bill.