On average, biodiesel from virgin vegetable oil leads to around 80% higher emissions than the fossil diesel it replaces. This is based on biodiesel’s lifecycle emissions, including land-use change emissions which occur when new or existing cropland is used for biofuel feedstock production, thereby causing carbon sinks to be opened. In 2015, biodiesel made from rapeseed, palm oil and soy was the most popular biofuel in Europe with a market share of 80%.

So if it goes through, the Commission’s proposal will see greenhouse gas (GHG) emissions from European transport increase over the period 2021-2030 by an amount equivalent to the emissions from the Netherlands in 2014, according to T&E’s calculations. These extra emissions are solely because of the use of these crop biofuels instead of regular diesel and petrol. 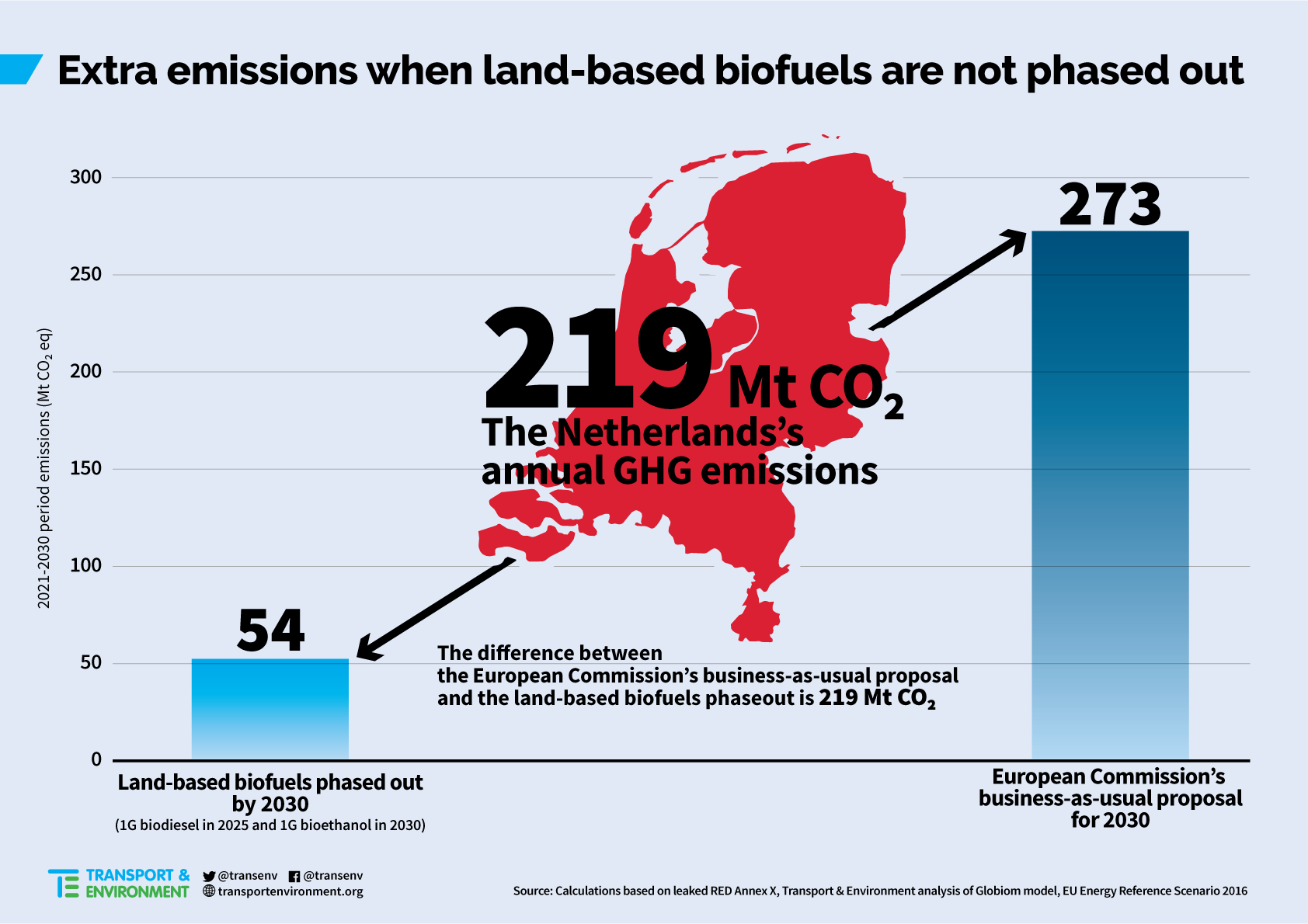 Of all the sources of biofuel for transport, palm oil has the highest GHG emissions – 303% of the emissions of fossil diesel. This is because the expansion of palm production causes deforestation and peatland drainage in Southeast Asia mainly, but also in Latin America and Africa. Motorists are by far the biggest consumers of palm oil in Europe, according to figures obtained by T&E. In 2015, 46% of all the palm oil used in Europe ended up in the tanks of cars and trucks.

The Commission also proposed setting a target for advanced biofuels and other “low emission” fuels, 15 years in advance, without appropriate sustainability criteria. This risks repeating the same mistakes that have driven the growth of harmful first-generation biofuels in Europe since 2008.

T&E clean energy director Jelena Simjanovic said: ‘Despite all its promises last July about electrifying transport and stopping bad biofuels, this proposal means our cars and trucks will be burning almost as much palm oil and other food-based biodiesel in 2030 as they do today.’

‘The Commission again rushes into a huge market for new and unproven biofuels, but it does nothing to reward suppliers of clean electricity in transport. The inconvenient truth is that this proposal will not reduce Europe’s transport emissions to any meaningful extent.’