Dutch oil major Shell has just announced it will build one of the largest biofuels facilities in Europe, prompting concerns that it will drive deforestation. The facility is set to produce 820,000 tonnes of biofuels every year for aviation fuel and diesel made from ‘waste’. But, as previous analysis by T&E shows, this reliance on waste such as used cooking oil puts pressure on limited supplies, leading to the increased production of virgin oils like palm to fill the gap.

Maik Marahrens, senior campaign manager at T&E, said: “Each passenger would have to eat hundreds of kilos of french fries to produce the used cooking oil needed to fly a plane.This clearly isn’t sustainable. With demand for waste oil so high, Europe has to import it from abroad. There is no guarantee therefore that it is even ‘waste’ and may lead exporting countries to replace it with deforestation linked virgin oils from palm and soy.” 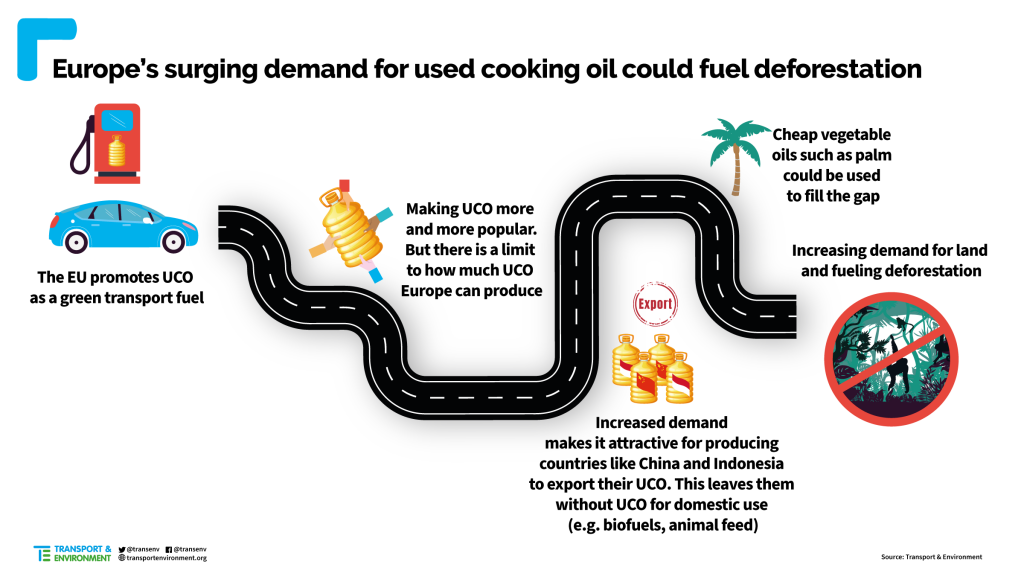 China supplies over a third (34%) of Europe’s UCO imports while almost a fifth (19%) comes from major palm oil producers Malaysia and Indonesia combined. Within a decade the volume Europe needs could double to 6 million tonnes as EU countries strive to meet targets for renewable fuels in transport. 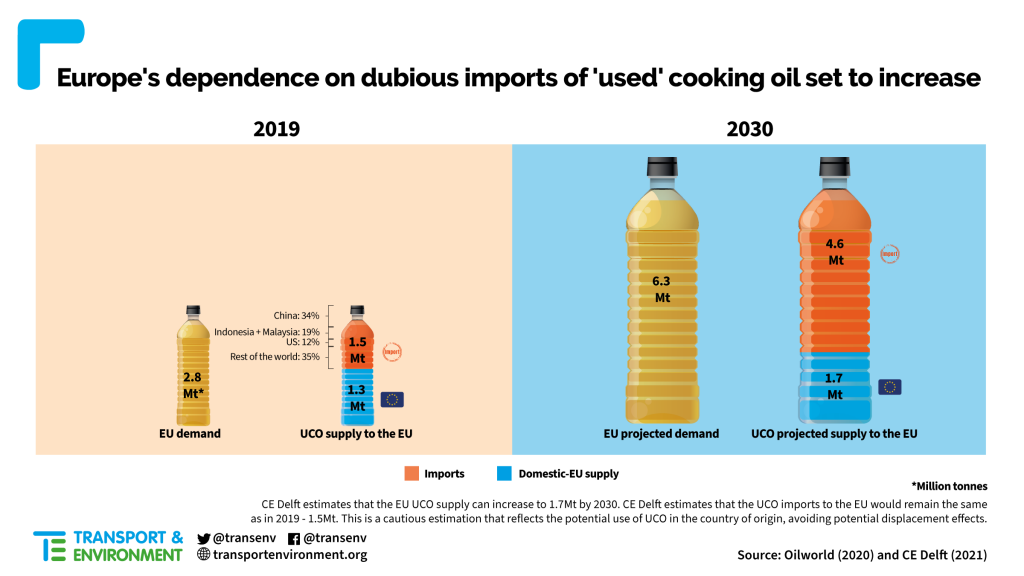 UCO currently counts for double towards national renewables targets under the EU’s green fuels law, making it easier for companies like Shell  to meet emissions reduction targets by supplying cars and trucks with such fuels. Under the EU’s Fit For 55 proposals, this could be extended to fuel planes.

Maik Marahrens, senior campaigner at T&E, said: “Aviation needs to move away from fossil fuels but chip fat biofuels are not the answer. There simply isn’t enough used cooking oil in the world to power our planes. This is just another attempt by Shell to carve out a new market for unsustainable fuels.”