Skip to content
The EU promotes UCO under its green fuels law despite over half of it coming from abroad. The EU’s own auditors have raised concerns over inadequate systems to stop virgin oils like palm, which drive deforestation, being passed off as used. Transport & Environment (T&E), which commissioned the report, called on the EU to limit UCO in transport and improve monitoring to avoid fuelling deforestation.
China supplies over a third (34%) of Europe’s UCO imports while almost a fifth (19%) comes from major palm oil producers Malaysia and Indonesia combined. Within a decade the volume Europe needs could double to 6 million tonnes as EU countries strive to meet targets for renewable fuels in transport, the study finds. This in turn could trigger palm oil being used to replace cooking oil in exporting countries while also incentivising fraud (mixing virgin oil).
Cristina Mestre, biofuels manager at T&E, said: “Europe’s thirst for used cooking oil to power its transport sector is outstripping the amount leftover from the continent’s deep fryers. This leaves us reliant on a waste product being shipped from the other side of the world. Countries that would use UCO for animal feed and other products may end up exporting theirs while using cheap oil, like palm, at home. The EU needs to limit the use of UCO to avoid doing more harm than good.” 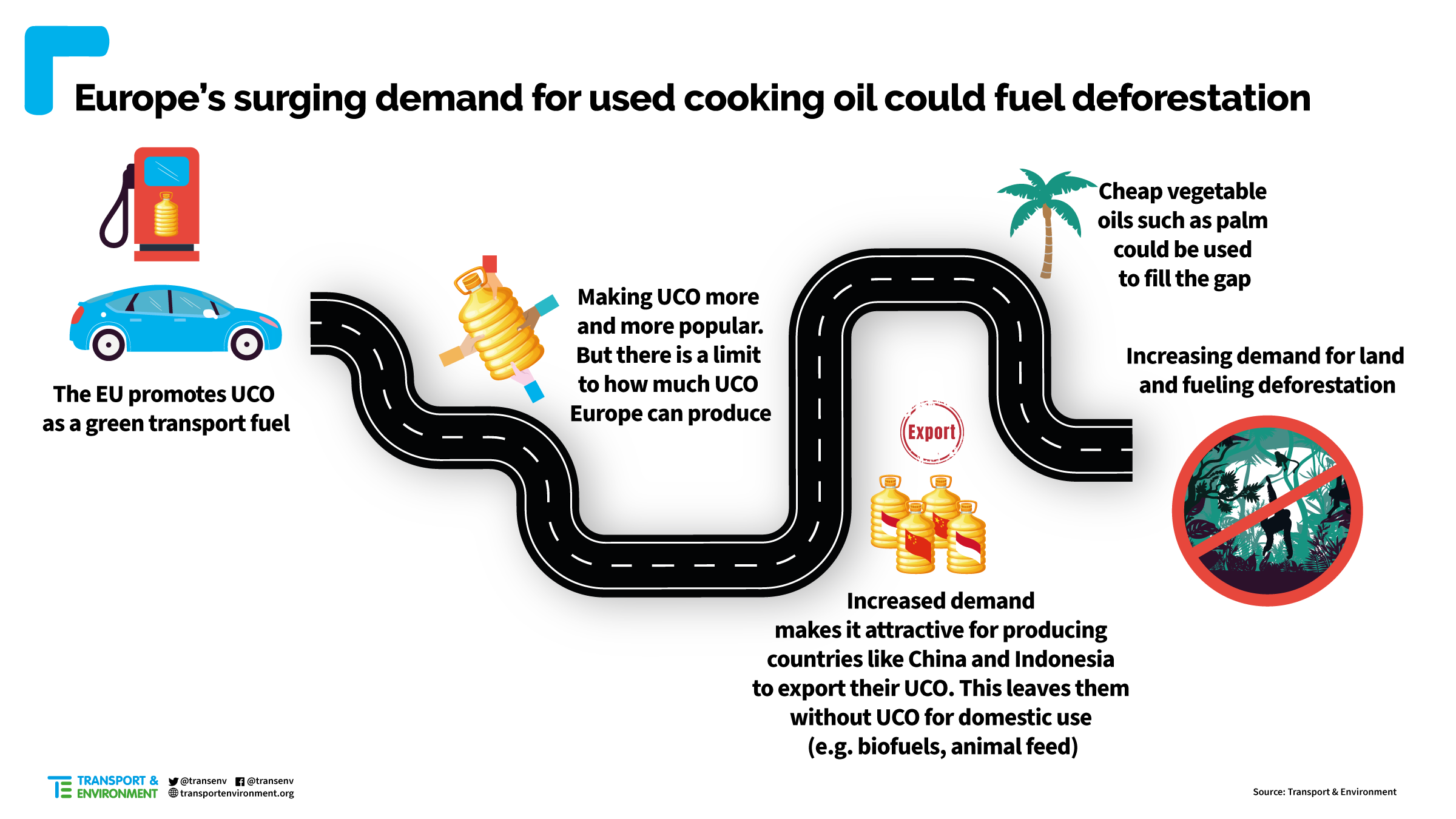 Europe can increase the amount of UCO that can be sourced locally, says T&E, but this is limited by both the capacity of local authorities to collect it and how much used cooking oil Europeans and EU industries can produce. 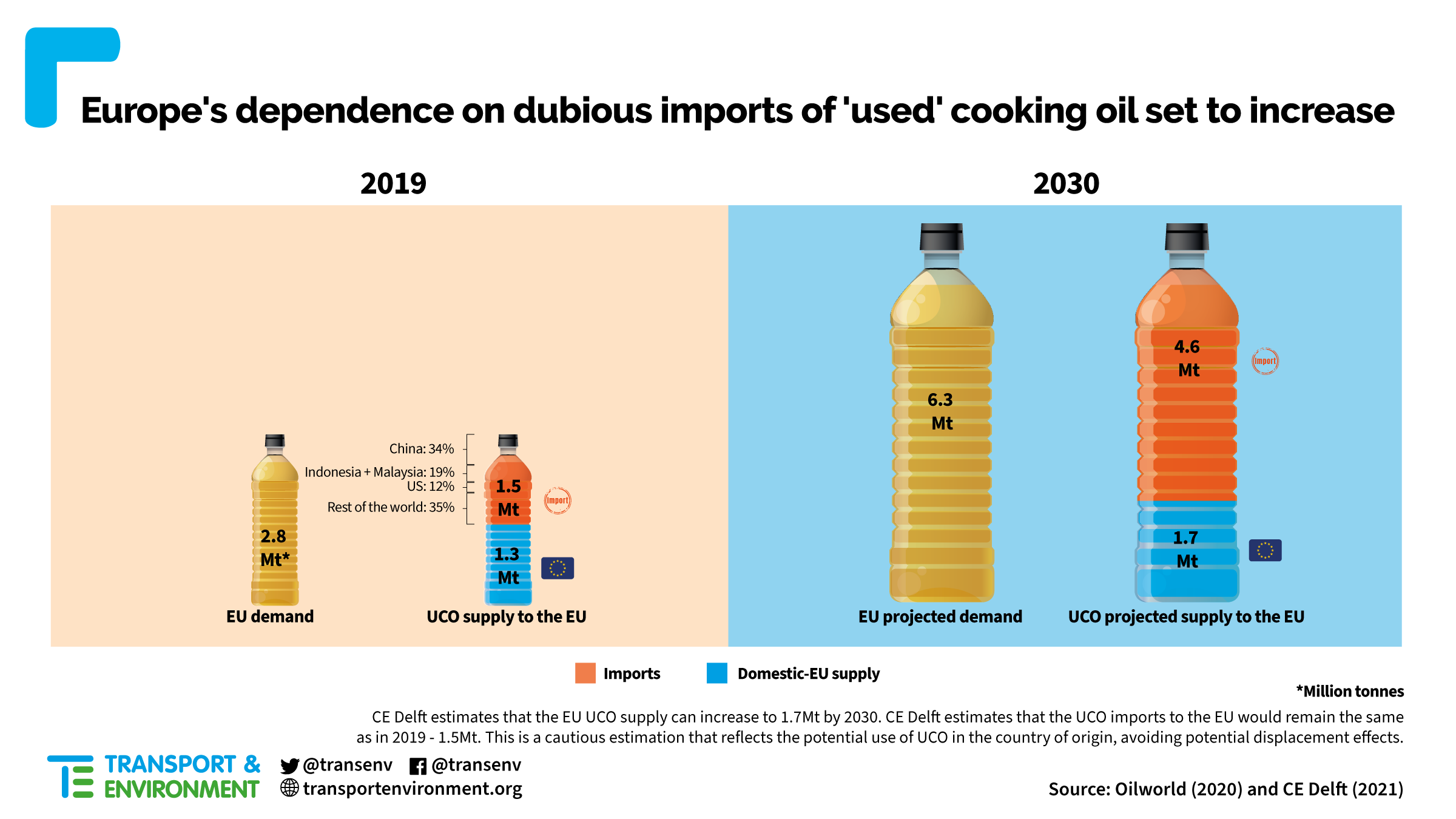 As UCO is counted double towards national renewables targets under the EU Renewable Energy Directive, it is often traded at a higher price than virgin oil. This increases the risk that virgin oils could be fraudulently mixed with imported UCO. The EU Court of Auditors has said that voluntary schemes cannot guarantee that all the UCO imported into Europe is actually ‘used’. In the past few years there have been a number of allegations of fraudulent practices linked to the UCO biodiesel industry.

Cristina Mestre concluded: “The current EU system for biofuels does not provide certainty that used cooking oil is actually used. The EU should strengthen its verification and monitoring requirements along the supply chain and do regular checks to make sure it is really a waste product and therefore sustainable.”

Palm oil production is one of the key drivers of deforestation in Southeast Asia and increasingly in South America. The EU’s Renewable Energy Directive will be reviewed in June, including the rules that govern renewable fuels in transport.