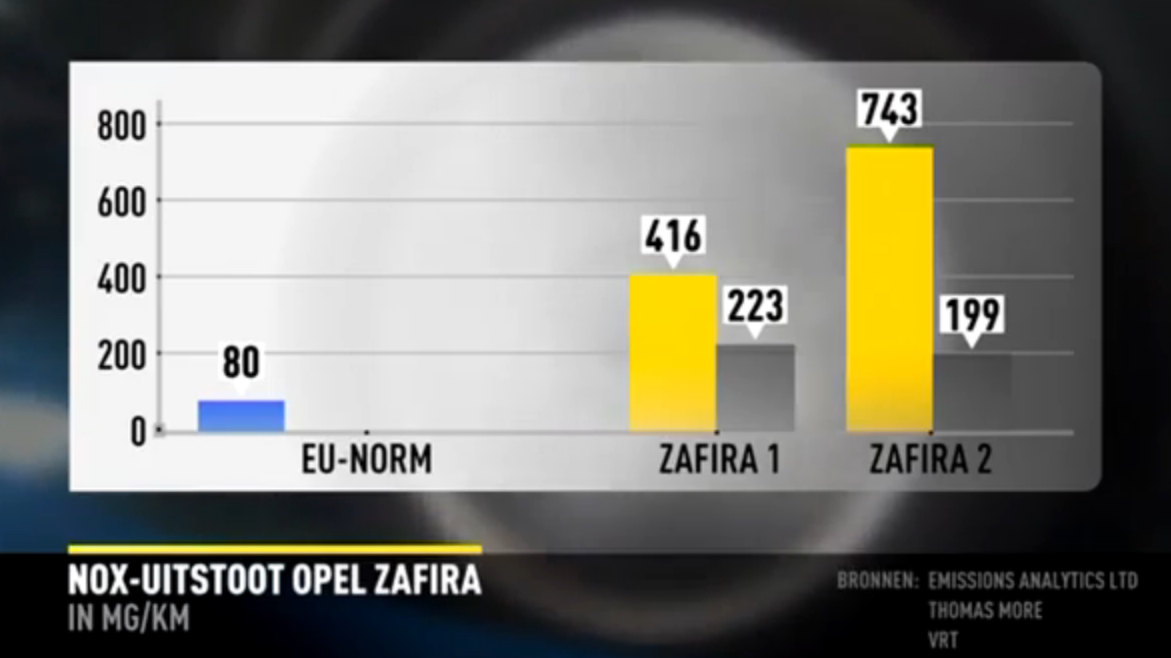 Two Zafira cars, which were called in for servicing for reasons unrelated to air pollution, emitted 416 and 743 milligrams (mg) of NOx per km respectively before the recall, according to VRT News in Belgium, while the EU legal limit is 80 mg. After the software update, expert laboratory and on-road testing found the cars’ emissions were dramatically reduced to 223 mg and 199 mg.

Greg Archer, clean vehicles director at Transport & Environment, said: “Opel need to come clean on why this software was updated and its effect on the nitrogen oxide emissions. It is not credible for the company to claim again and again that third-party tests are wrong and provide no valid explanation for why the emissions from their vehicles are so high.

“We also need to know what the regulators knew about this software upgrade and whether it was approved. Carmakers seem to think they are above the law while regulators see their job as cushioning the industry. Both have forgotten their responsibilities to the public.”

The World Health Organisation has described worsening air pollution levels as a “public health emergency”. Last November, the European Environment Agency said that nitrogen dioxide (NO2) is responsible for an estimated 72,000 premature deaths in Europe. Italy (21,600), the UK (14,100) Germany (10,400), France (7,700) and Spain (5,900) suffered the most premature deaths from these toxic emissions. These countries all lobbied in favour of weaker limits for diesel cars yet are in breach of EU nitrogen dioxide limits. Air pollution from NO2 is largely caused by diesel vehicles in urban areas.