William Todts, executive director of T&E, said: “An energy security strategy that ignores oil isn’t worth the paper it is written on. Gas is understandably a worry, but it is oil that is funding Putin’s wars. With petrol prices close to €2 a liter, we’re sending a quarter of a billion to Putin every day. Ending our oil dependence will make us safer. From despots and from climate change.”

The strategy includes measures to diversify Europe’s gas supply and accelerate the development of renewables – this is welcome. However, there was barely a mention of oil despite Europe giving Putin $285 million a day to meet its dependence on imported oil, today’s study by T&E shows. Russia received $104 billion from oil exports to Europe and the UK last year, dwarfing its gas revenues ($43.4 billion). 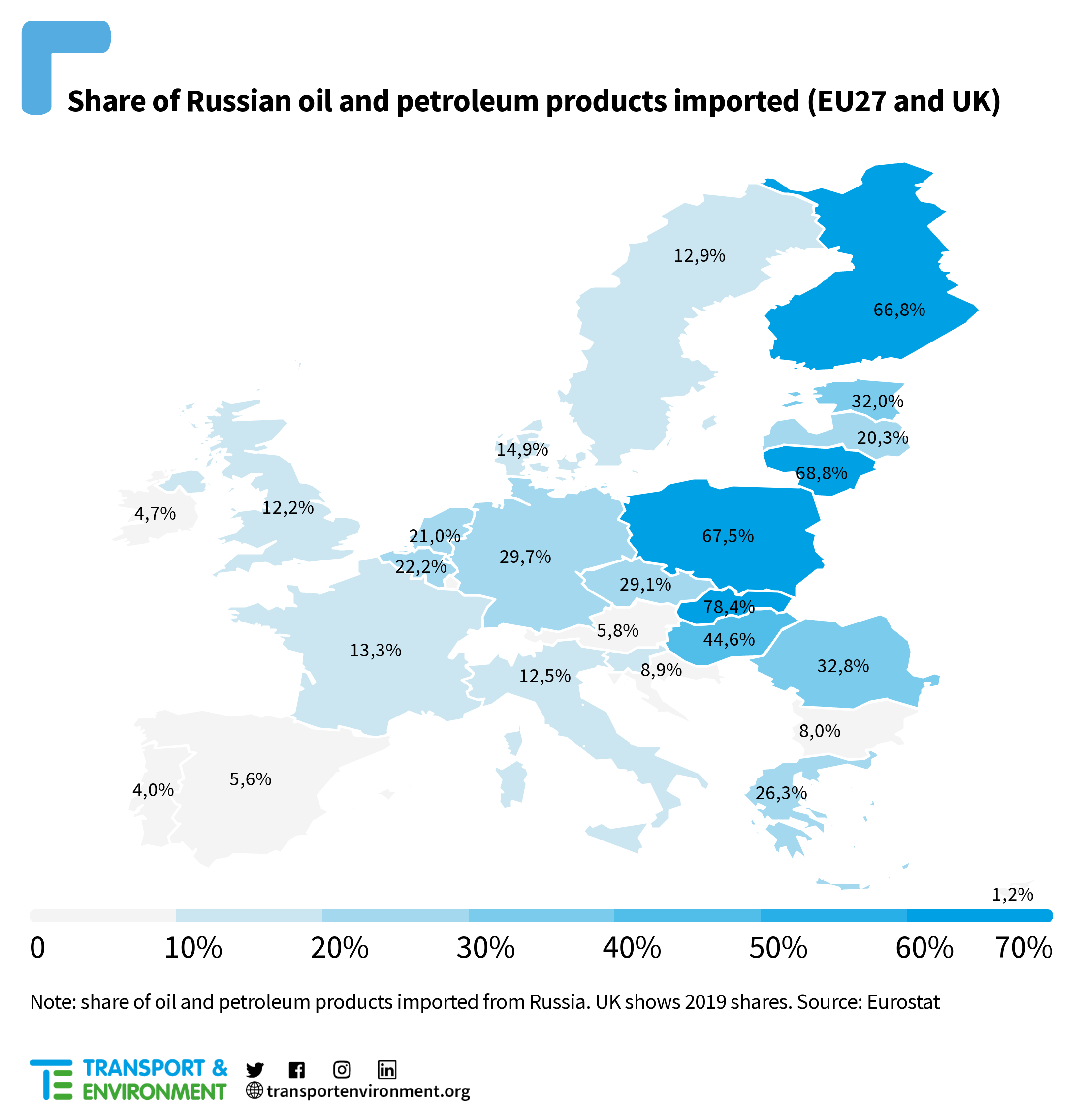 On gas T&E also warned that the Commission should immediately withdraw its proposal to label gas as “green” in the European Sustainable Finance Taxonomy, arguing this only makes the EU more dependent on fossil fuels and Russian gas in particular. Instead, the EU must radically and immediately accelerate the build out of wind and solar power and to accelerate energy efficiency measures, in particular renovation of buildings, which also tackles energy poverty.

William Todts concluded: “The European Commission still hasn’t withdrawn its proposal to classify gas as green in its list of sustainable investments. This is embarrassing. Europe can’t credibly say it wants to exit Russian gas, and at the same time designate it the green fuel of the future.”