Where do you think this picture was taken? 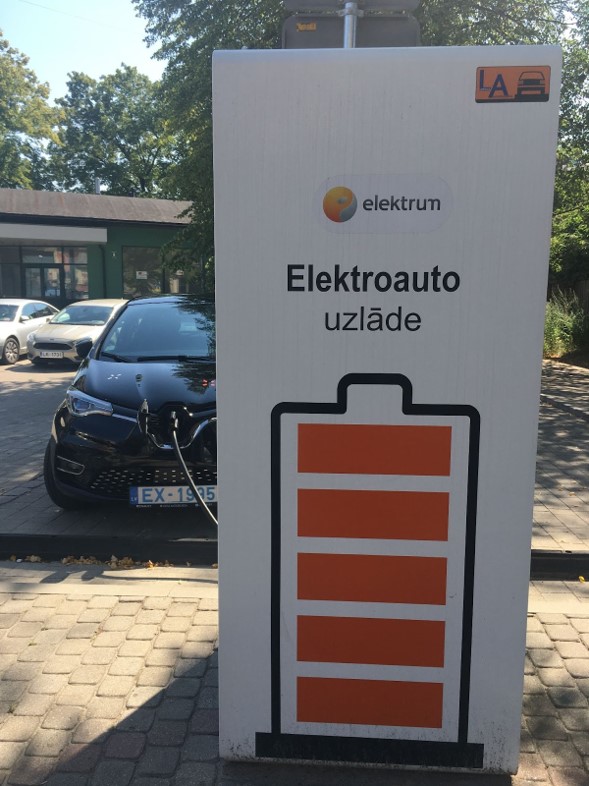 I bet you’d say in Germany or France given the boom in electric car sales across Western Europe. You have a good chance to be right: 73% of electric cars (not to mention 73% of all new cars) are sold in five markets: Germany, France, Italy, Spain and the UK. But this photo was taken this summer in Liepaja, the small coastal town where I come from in Latvia. I passed this charger several times on my way to a local beach, and it was always busy with models like the Renault Zoe and the Nissan Leaf.

We often hear that electric cars (EVs) are only for the elites in the west and north of Europe, and that those on lower incomes and in less wealthy countries are excluded from rich people’s foray into e-mobility. And while the annual EV growth in places like Slovakia, Romania and Lithuania is higher than in the west of Europe, the actual share of electrics sold remains low. Why?

There is nothing inherently expensive about the electric vehicle.

Compared to a diesel or a petrol car, an electric car is simple: it has fewer components, no costly exhaust clean-up systems and only one moving part: an electric motor. As a result, it also breaks less and needs less maintenance. Coupled with cheap electricity, this simplicity and longevity makes battery electric the cheapest form of mobility. This holds true whether it is an electric bike, car, van or bus. So why does an electric vehicle cost more than a petrol one today?

The global auto industry has been producing diesel and petrol cars fueled by oil for over a century. Despite being complex, mass-manufacturing fossil cars in their millions and benefiting from well developed supply chains (outside of Covid times!) allows carmakers to keep the cost per unit very low. That’s why you can get a VW Polo for around €15k today, while a slightly elevated SUV version of the same model gives the industry comfortable profit margins.

In contrast, the industry only started serious investments in electric cars recently in response to climate regulations in regions such as Europe, the US and China. Many electric cars today are produced in small volumes – unimaginatively swapping the engine with a battery – just enough to meet the emissions rules. The cost of making them is spread over tens of thousands of units, rather than millions, resulting in higher break-even prices. Getting your battery-grade lithium or a piece for an electric motor can also cause bottlenecks, as the new supply chains are still being ironed out. But in response to ever tighter climate rules and a global battery boom, this is changing fast.

To make an electric car affordable to the average driver in Poland or Latvia, we need to get carmakers to scale up production – to the order of millions – to enable economies of scale and optimised production lines that bring car unit costs down. Henry Ford proved this over a century ago, when the price of the model T halved thanks to efficient manufacturing, such as the conveyor belt. If we do this with electric cars, they will be cheaper than petrols in just 5 years’ time. Already today, VW promises a car under €20,000 in 2025, and Tesla plans a model for USD $25,000 in a similar timeframe.

But it won’t happen fast enough on its own. The temptation to milk profits from conventional models is too big. This is where governments come in. Just like the first wave of clean car rules brought competitive EV models to the market around 2020, the second wave of car regulations being designed now should require the auto industry to mass produce and sell more zero emission models (instead of fossil fuel ones) in the coming years. To get affordable EVs, carmakers need to scale up the production in the coming years, not for 2030 as current EU rules would require. A faster and better roll-out of charging must also keep pace, something I’ll cover in a future article.

As I spent a few weeks in my hometown, I often got to talk to people about electric cars. High prices came up a lot. One taxi driver said: “I’d get one tomorrow if only they were cheaper”. Whether there is a cheaper electric car for people like him “tomorrow” is in our hands, or rather in those of regulators.