For the first time, T&E and CMW obtained data for pollution on flights entering and exiting Europe, allowing airlines’ total emissions to be compiled. This has exposed airlines which previously have done much of their polluting on long-haul flights.

Andrew Murphy, aviation director at T&E, said: “A third of the airline bailout is going to the three most polluting carriers. Having spent the past 12 months pouring aid into these airlines, governments must switch course and focus on greening the sector. Airlines should be required to pay for emissions on all their flights, and to start using cleaner fuels.” 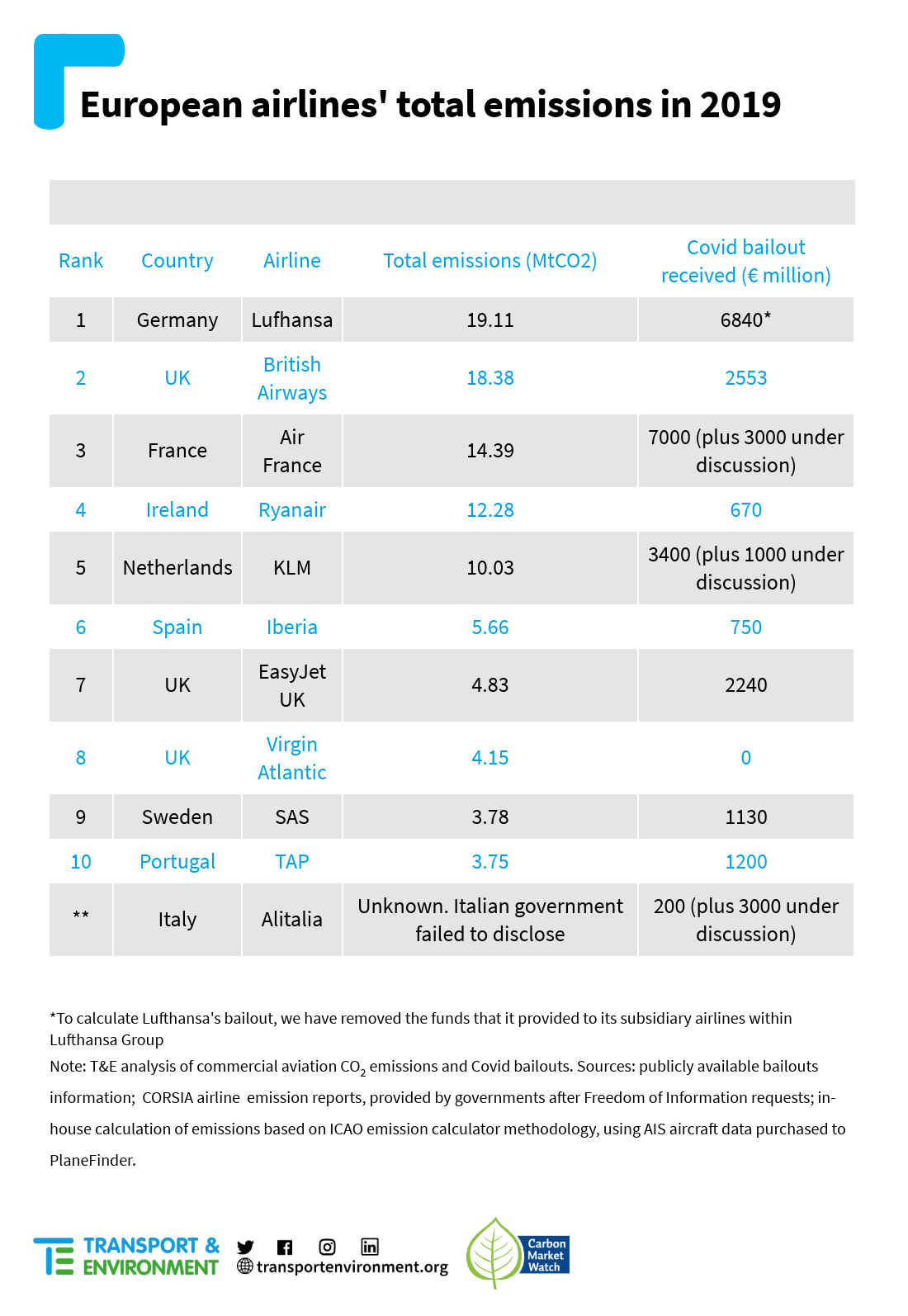 The data shows that airlines do not pay for most of their pollution as flights entering and exiting Europe are currently exempt from the EU carbon market. In the case of Lufthansa, British Airways and Air France, the airlines do not pay a cent for 77%, 86% and 83% of their emissions, respectively. In June the EU Commission will say whether flights entering and exiting Europe should be brought under the EU emissions trading system (ETS). It will also propose a law requiring airlines to start using cleaner fuels such as e-kerosene. 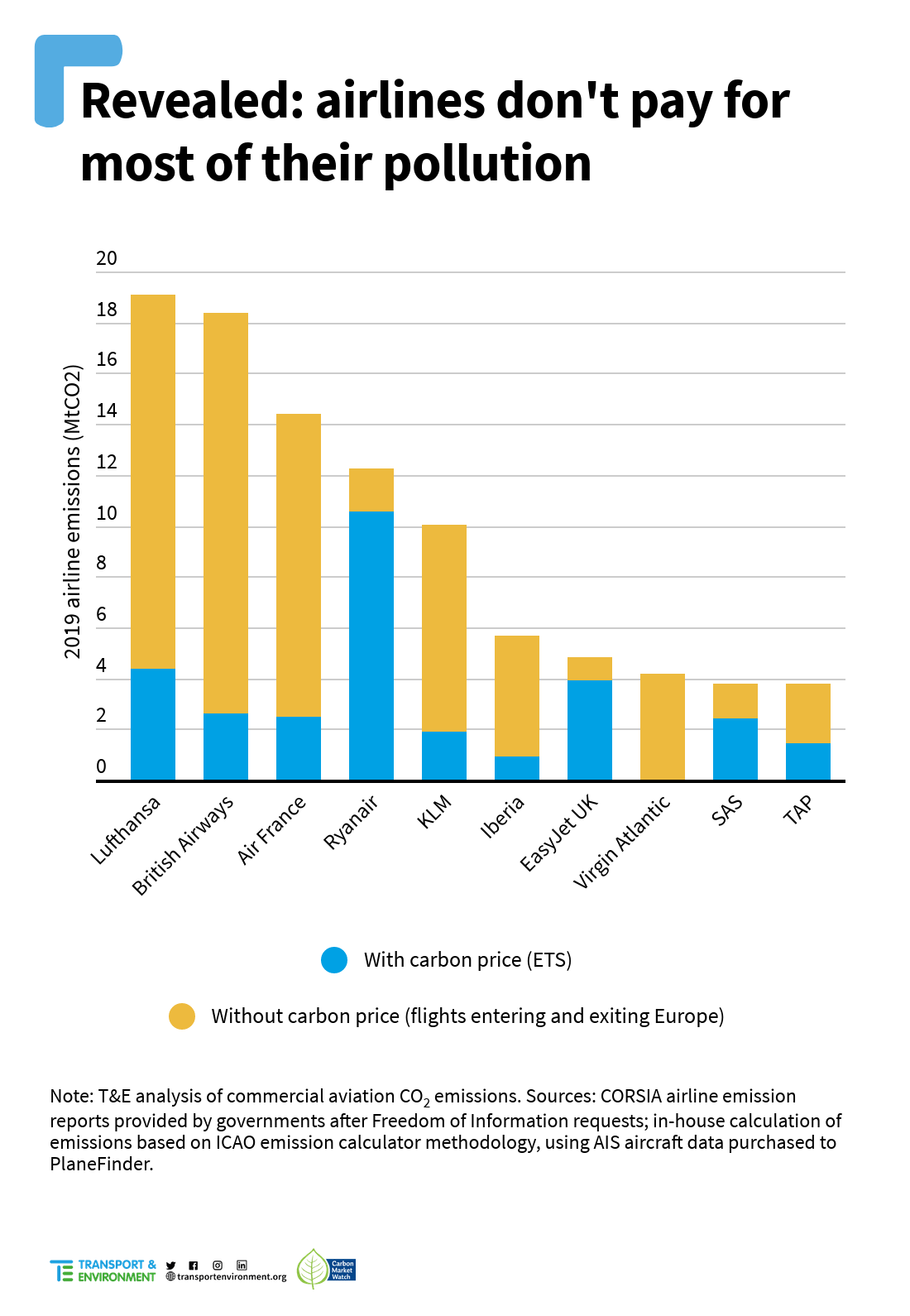 In 2008 the EU tried to add long-haul aviation to its ETS, but industry pressure resulted in flights between EU and non-EU countries being excluded to “create space” for a UN airline CO2 deal. An EU study published last week found that the UN scheme, known as Corsia, could actually undermine Europe’s climate efforts and is “unlikely to materially alter” the climate impact of air travel.

Gilles Dufrasne, policy officer at Carbon Market Watch, said: “Corsia is simply a cheap excuse for the aviation sector to continue business as usual. The EU should not stand for it, and must resist industry pressure calling for the dismantling of the EU ETS. We must end the exemptions which airlines currently benefit from, including the free distribution of pollution permits. Replacing existing policies with Corsia would have the exact opposite effect.”

[1] This is the first time international CO2 emissions of major European airlines – from extra-European and intra-European flights – have been compiled. T&E was granted access to the international emissions data by a number of EEA governments, however Italy and Romania failed to provide data. Ryanair remains the No 1 emitter on flights within Europe.

Briefing: One year of airline bailouts – what have we learned?