The EU ETS currently includes all flights within the European Economic Area but not flights in and out of the region. In June, the EU Commission, which has delayed publishing the analysis, will say how it thinks the UN agreement should apply to European flights. 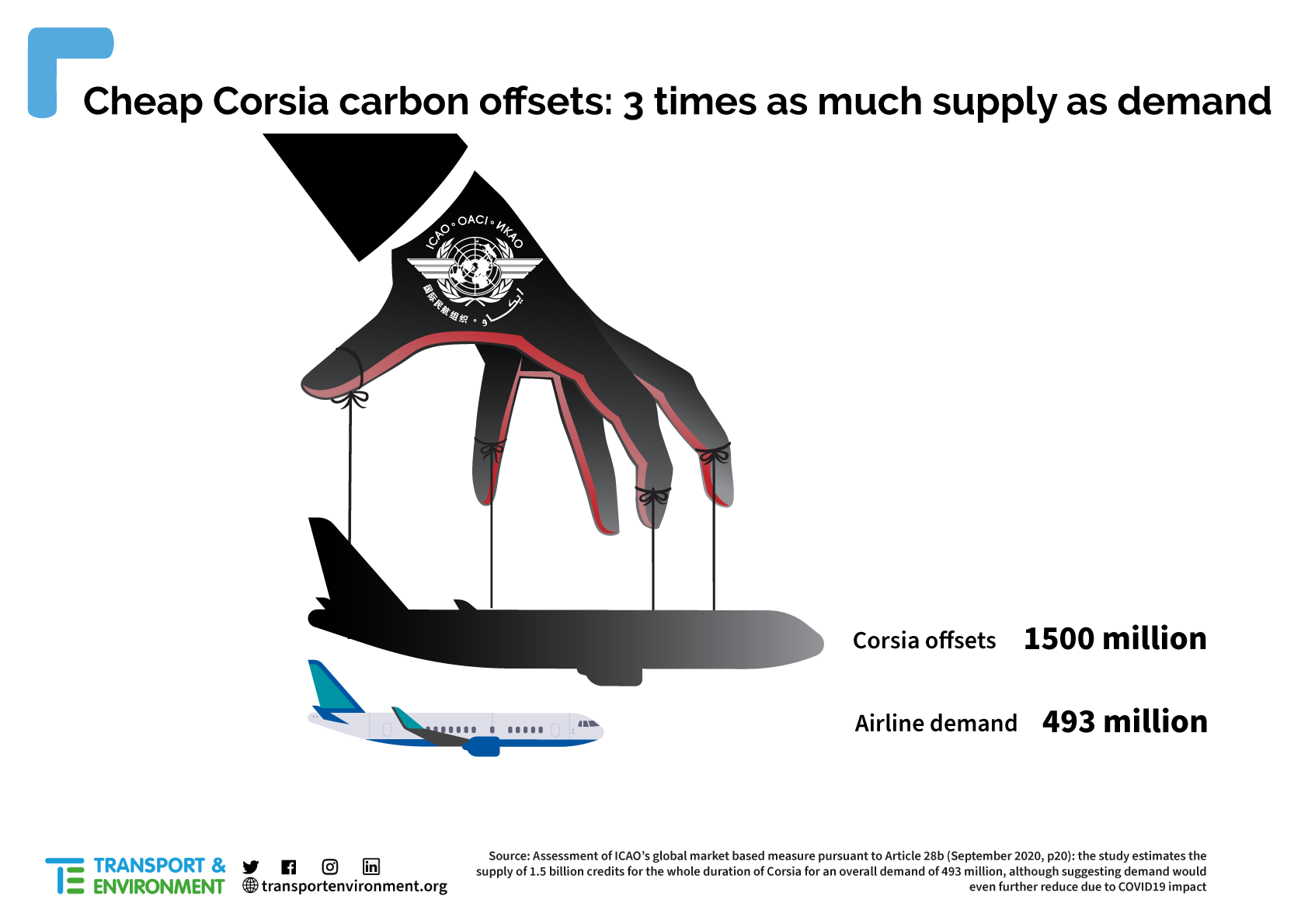 Jo Dardenne, aviation manager at T&E, said: “We have wasted almost a decade coming up with an airline CO2 scheme which is actually bad for the climate. Airlines will pay less than a euro to buy carbon offsets that won’t work. The study is a warning to the EU to take back responsibility for addressing pollution on European flights.”

The EU should re-integrate emissions from flights departing European airports now that the UN process has delivered a hopelessly weak CO2 scheme, T&E said. In 2013 the bloc tried to add international aviation to its ETS, but industry pressure resulted in flights between EU and non-EU countries being excluded to “create space” for Corsia.

[1] The unpublished EU study was obtained by T&E via an ‘access to documents’ request.

[2] The study shows that a majority of credits eligible for Corsia are trading at prices under €1 (page 144).