On average new EU diesel cars produce emissions about five times higher than the allowed limit. The results are compiled in a new report, Don’t Breathe Here, in which T&E analyses the reasons for and solutions to air pollution caused by diesel machines and cars – the worst of which, an Audi, emitted 22 times the allowed EU limit. 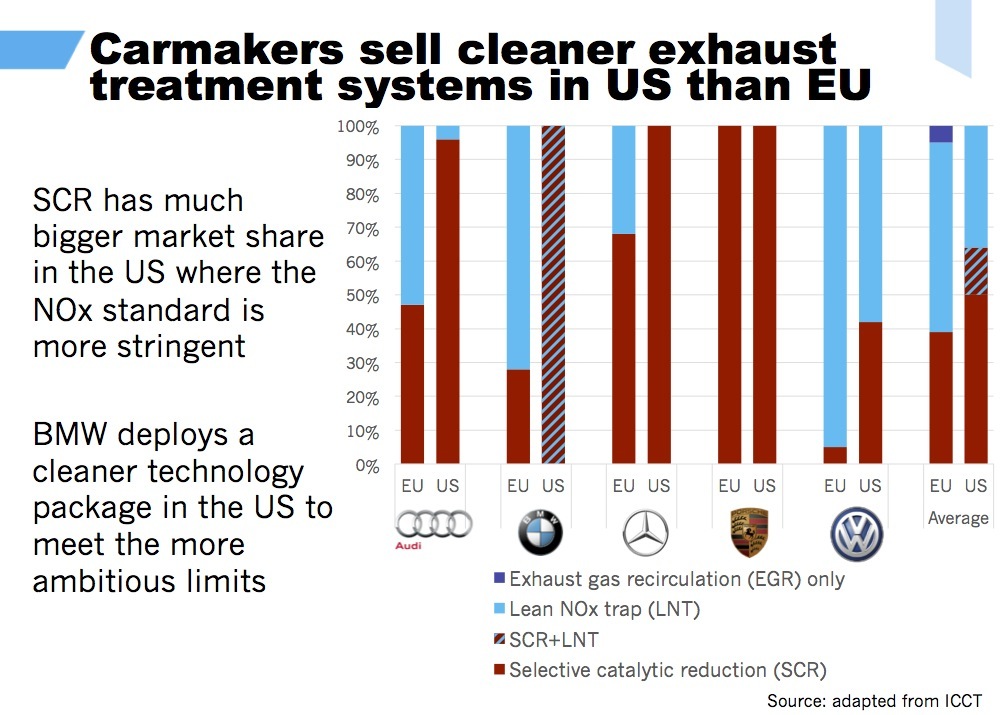 In fact just three out of 23 tested vehicles met the new standards when tested on the road. The main reason is Europe’s testing system is obsolete, allowing carmakers to use cheaper, less effective exhaust treatment systems in cars sold in Europe, according to newly released data. In contrast, diesel cars sold by the same manufacturers in the US, where limits are tighter and tests are more rigorous, have better exhaust treatment systems and produce lower emissions. (See infographic)

A new on-road test will, for the first time, measure diesels’ ‘real-world’ emissions but it will not apply to all new cars until 2018 at the earliest. Meanwhile, carmakers are continuing to try to delay and weaken the introduction of the tests by demanding further changes to the rules only agreed in July.
Greg Archer, T&E’s clean vehicles manager, said: “Every new diesel car should now be clean but just one in 10 actually is. This is the main cause of the air pollution crisis affecting cities. Carmakers sell clean diesels in the US, and testing should require manufacturers to sell them in Europe too.”
The cost to manufacturers of a modern diesel after-treatment system is around €300 per car.
The current testing regime has seen nitrogen dioxide limits exceeded across Europe, exacerbating asthma in vulnerable people and shortening life expectancy in polluted places. In the UK, where the number of diesel cars has risen from 1.6 million to 12 million since 1994, a government health agency found that thousands of people suffered attacks when smog full of tiny particles and nitrogen dioxide (NO2) gas typical of diesel emissions descended last spring. Estimates of the number of premature deaths in London also doubled once nitrogen dioxide effects were incorporated into the analysis.