Transport & Environment (T&E) has analysed the contribution that vehicle standards can make to lowering surface transport emissions. We modelled three scenarios: what the car industry (ACEA) wants; what the Commission has proposed; and more Ambition (a 45% reductions for cars and vans in line with the position of the Parliament’s Environment Committee). Compared to an overall cut of 30% in surface transport emissions the analysis shows that the ACEA option only reduces emissions by 11% of what is needed; the Commission by 29%; and the Ambition scenario by 50%. Even with Ambition, significant other policies are needed to reduce vehicle emissions, like raising fuel duty. But the level of cuts if vehicle standards are not ambitious will probably make it impossible to cut surface transport emissions by 30% by 2030, requiring bigger cuts in agriculture and buildings, buying allowances or paying fines. 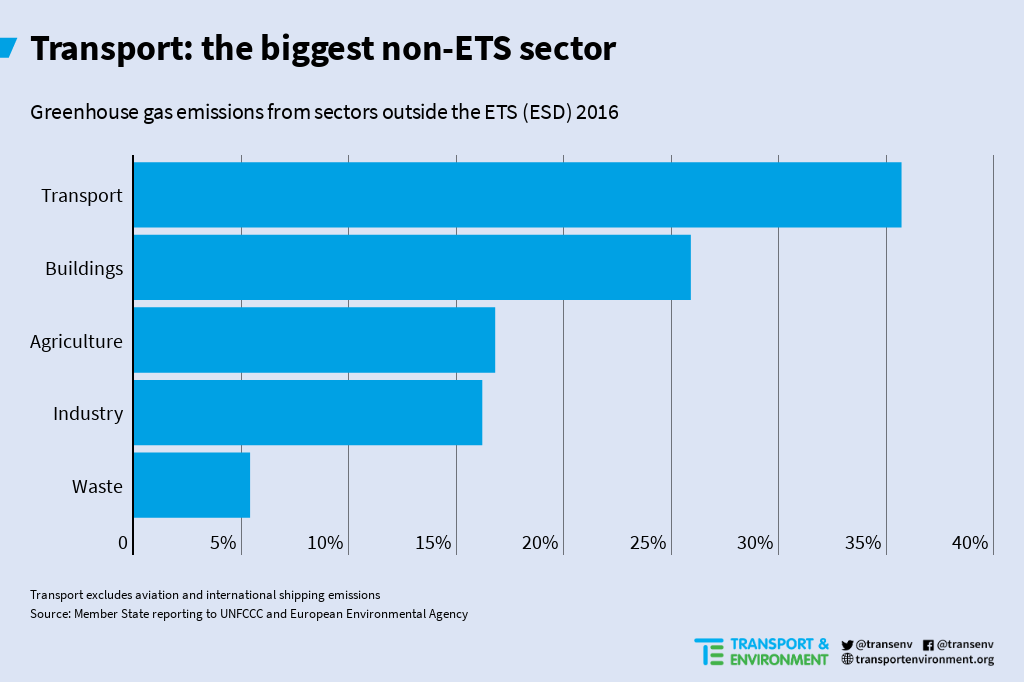 Country by country analysis shows typically the ACEA proposal delivers less than 10% towards the required reduction in transport emissions for each country – effectively business as usual. The Commission proposal typically delivers less than 20% of the required emission reductions in transport in less wealthy countries; and between 20 and 40% of the cuts in more wealthy ones. The Ambition scenario typically provides 10 to 30% of the required emissions cuts in transport in less well-off countries; but 40-75% of the cuts in better off member states that have more ambitious climate goals.

There is a significant majority of countries in favour of a 40% target; but collectively they represent 64% of the population (or 1% below the threshold). However, the support of either Austria or Germany would prevent a blocking minority by securing the 65% share of the vote required. The Environment Council on 9 October is likely to be key in finalising the position.