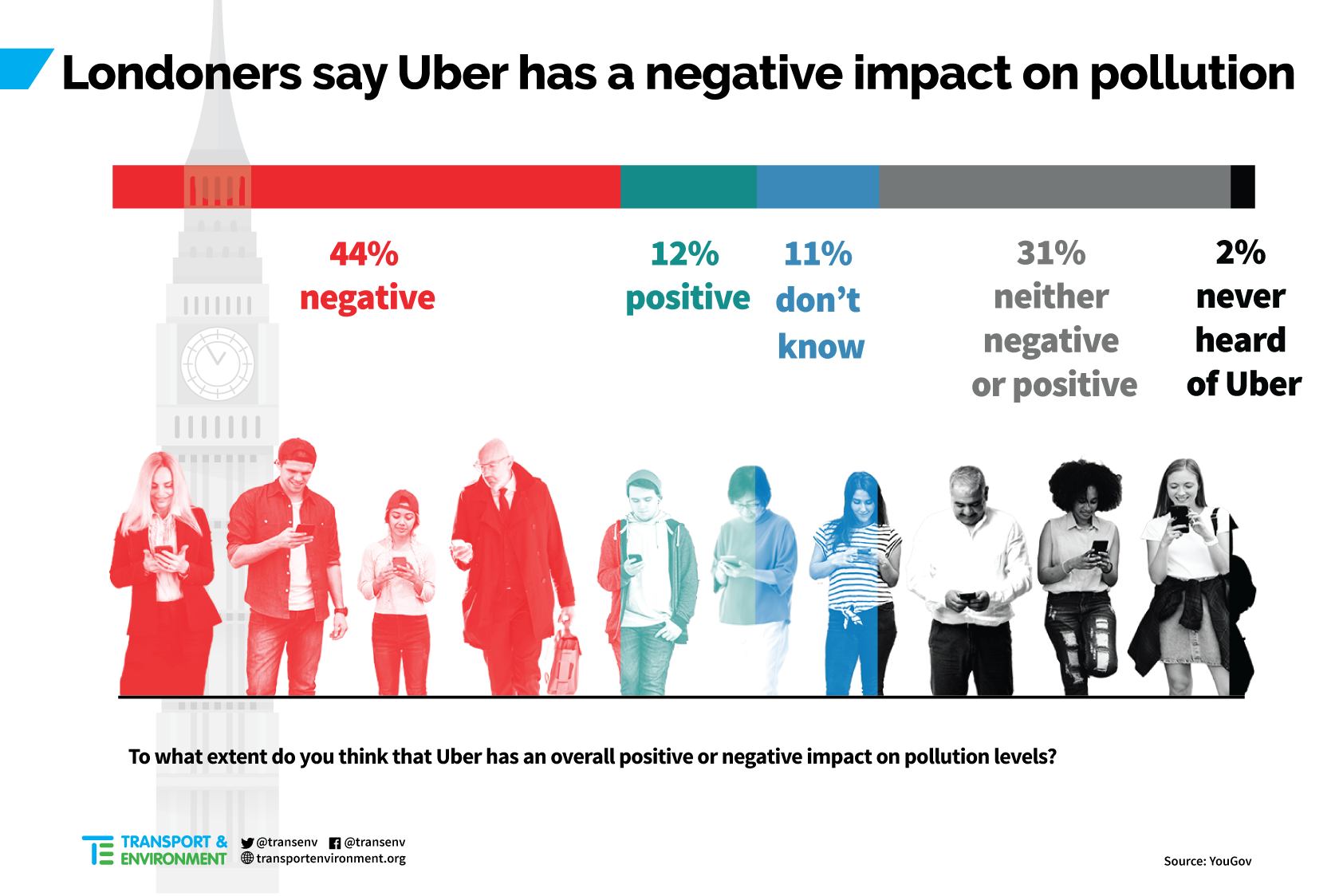 These findings are particularly notable in London and Paris, Uber’s two biggest markets in Europe, where almost half (44%) of Londoners and a third (34%) of Parisians say it has a negative impact on pollution overall. The survey also finds that more than half (52%) of taxi and Uber customers in seven European countries are willing to pay an extra 15-20 cents (euro) per km for a zero-emission ride.

The future of Uber in Europe: electric and shared?