Total, Shell and BP bought $100 billion in Russian oil between 2015 and 2021 following Russia’s annexation of Crimea, new analysis shows. Transport & Environment (T&E), who carried out the study, says Big Oil has shown that it cannot be trusted to put ethics over profit. 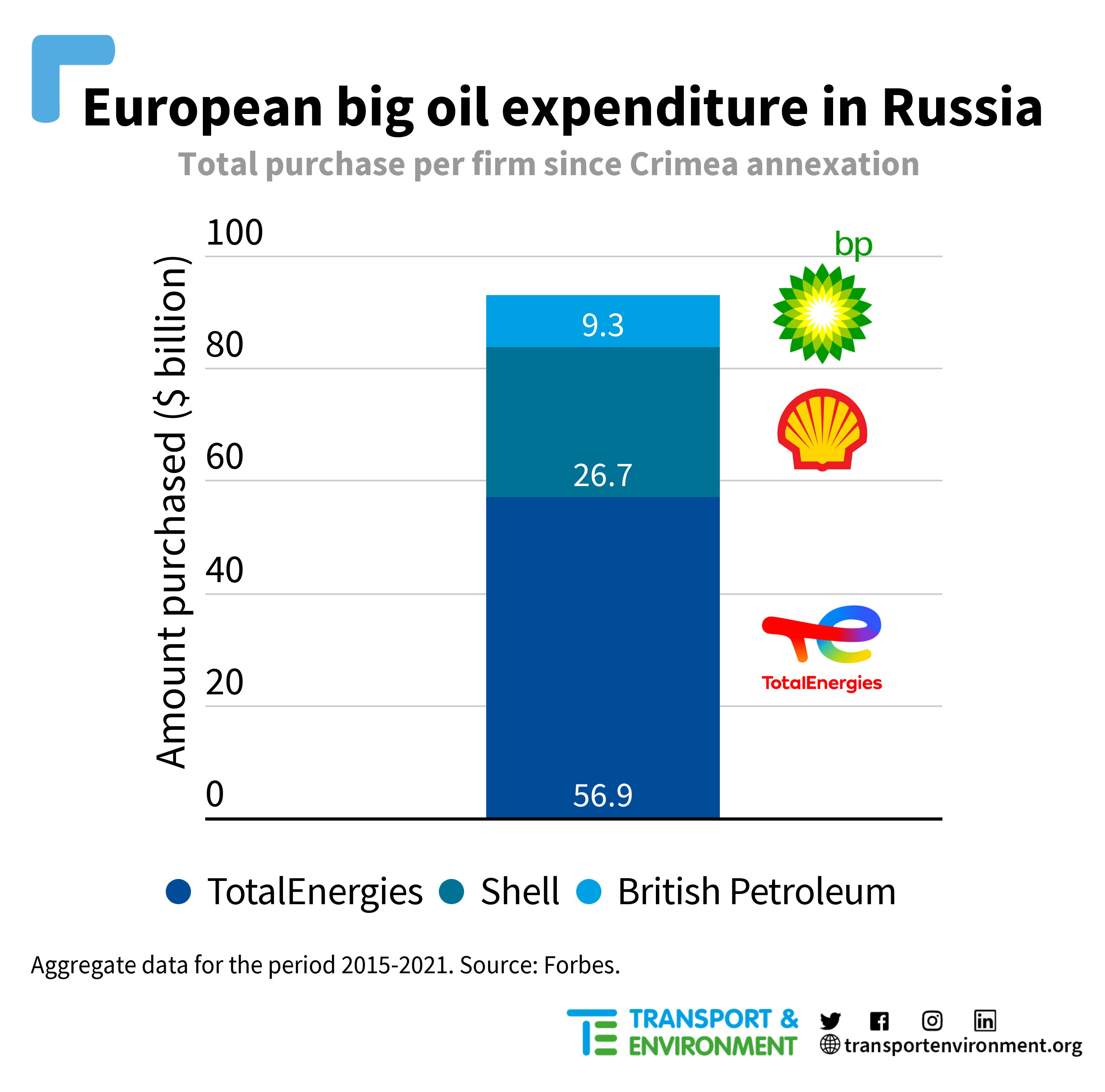 Of the three European oil majors, TotalEnergies has been the largest contributor to Russian state revenues since 2015, purchasing $57 billion of Russian oil. Shell was the second largest purchaser of Russian oil during this time ($27bn), followed by BP ($9bn). Total and BP even increased the amount of oil they imported from Russia since the 2014 annexation.

Shell and BP have since pulled out of the country following Putin’s latest full-scale invasion of Ukraine, while Total is planning to leave the country at the end of the year – although it will continue its gas operations. Shell in particular came under fire for purchasing a large shipment of discounted Russian oil, for which it was forced to apologise.

Carlos Calvo Ambel, senior director at T&E, said: “Oil majors claim to be ethical, but all they care about is profit. Since Russia’s annexation of Crimea they have purchased billions of dollars worth of oil, directly funding Putin’s aggression. Public backlash made this war one too many for the oil executives, but it’s too little, too late for the people of Ukraine.”

Oil accounts for four out of five dollars made on Russian oil and gas exports and has underpinned Putin’s military spending for over two decades. Between 2019 and 2020, Shell, BP and Total purchased oil equivalent to a quarter of Russia’s military budget.

The distrust in Big Oil goes beyond just funding wars. In the area of climate change they have also sought to position themselves as environmental leaders. This is all about slowing the pace of the transition, says T&E. With oil companies making record profits on the back of soaring energy prices, there is no incentive for them to kill off this cash cow any time soon.

Carlos Calvo Ambel, concluded: “The oil majors have no interest in greening the global economy as fast as possible. They will only act when they are pushed. But how far is too far? Will we have to wait until the Netherlands is under water before they decide enough is enough? We simply cannot trust Big Oil to put ethics before profit.”