The Commission has assessed eight emissions reduction scenarios for 2050 but came out in favour of reaching net zero emissions, which would be closest to achieving the goals of the Paris agreement. For the transport sector the strategy means that combustion engine cars and trucks must be phased out in the 2030s and the use of fossil fuels cut to zero. Transport is Europe’s largest climate problem with emissions from the sector up 28% since 1990.

William Todts, executive director at T&E, said: “Net zero emissions by 2050 means the era of combustion engine cars and trucks must come to an end. This plan will have huge benefits in terms of clean air, quality of life and lower fuel bills. As the world’s biggest fossil fuel importer, the EU also has a huge economic interest in a strategy that is essentially about exiting oil. But if we want to get to zero in 2050 we need to act now.” 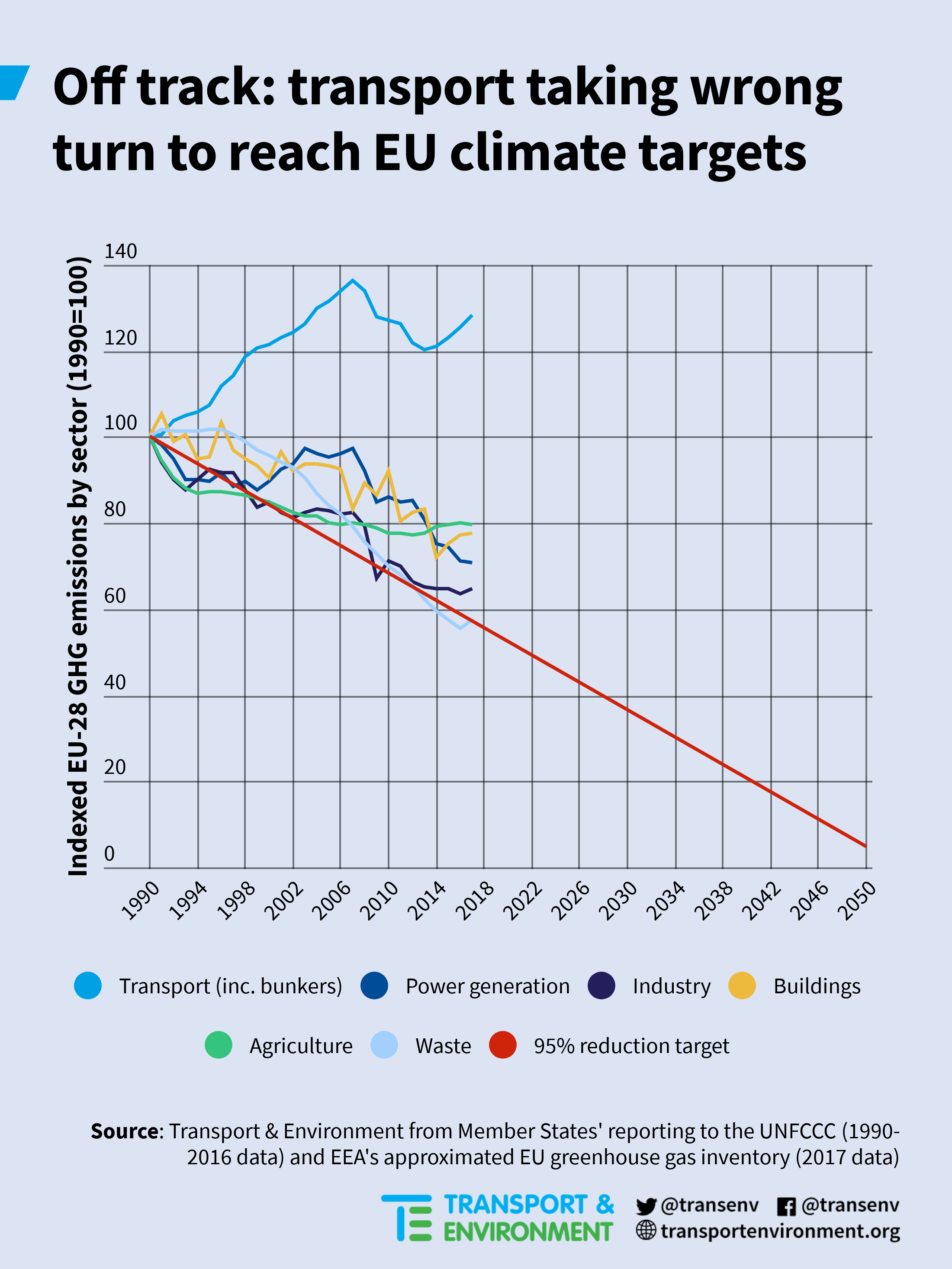 However, T&E said the Commission’s climate strategy relies on unsustainable quantities of biomass, much of which EU countries will end up importing from outside Europe. This week T&E published an analysis setting out how transport can be decarbonised by 2050. The analysis shows that a combination of batteries and hydrogen for cars, trucks and ships and synthetic fuels for planes is needed to eradicate transport emissions. Greenhouse gas emissions from shipping in the EU have increased by a fifth since 1990 while aviation’s emissions have doubled.

William Todts concluded: “Shipping and aviation can’t continue to freeride on other sectors’ efforts. They need to entirely decarbonise in the next 30 years. We have the technology to radically cut emissions from ships and planes but making progress will require action by the EU. ICAO and IMO, the UN agencies in charge of the two sectors, are simply not delivering.”

T&E also said EU leaders need to increase the ambition of Europe’s regulations for cars, vans and trucks if the 2050 strategy is to be achieved. The Commission has an opportunity to deliver its new strategy by siding with the European Parliament’s more ambitious plans in the ongoing negotiations about CO2 standards for cars and trucks.