However, in a bid to placate palm oil producing countries such as Malaysia, Indonesia and Colombia, the Commission introduced a number of exemptions – which were tightened after an earlier draft. These loopholes mean some palm oil could still be promoted as a “green” road fuel.[1] The Commission also failed to classify soy, a major contributor to deforestation worldwide, as unsustainable.[2]

Laura Buffet, clean fuels manager at T&E, said: “Today’s decision to label palm oil as unsustainable is a breakthrough. It will offer much needed relief to the world’s wildlife and forests. But this is only a partial victory since soy and some palm oil can still be labelled green. This campaign is not over and we’ll be taking the fight to those governments and oil companies that want to keep forcing drivers to pay for fake ‘green’ fuels.”

The EU is the second largest importer of crude palm oil in the world. More than half of palm oil imported into the EU (around four million tonnes) is currently used to make ‘green’ fuel. Seven in 10 Europeans oppose the use of palm oil in diesel and over 650,000 Europeans signed petitions to stop it. More than 65,000 EU citizens took part in the public consultation preceding the European Commission’s decision.

A landmark study for the European Commission revealed that biodiesel from palm oil is three times worse for the climate than regular diesel while soy oil diesel is two times worse. This is because growing demand for biofuels like palm oil increases pressure on agricultural land which leads to deforestation – in the case of palm oil in tropical regions.

The act adopted by the Commission will be reviewed in 2021. T&E and its partners will be monitoring the likely abuse of the loopholes closely and are calling on national governments to follow France’s example and completely eliminate all palm oil from biofuels after 2020.

Laura Buffet said: “There is no such thing as green palm oil or soy biodiesel. Governments and oil companies thinking they’ll be able to get away with forcing motorists to burn food in the future should think twice. The fuels of the future aren’t based on food, they’re based on sustainable wastes, residues and electrons.”

EU member states and the EU Parliament have two months to pass or veto the act, but they have no power to amend the rule. A vote in the environment committee of the European Parliament has been scheduled for 21 March.

[1] The loopholes introduced by the Commission would allow additional palm oil production coming from yield increases or produced on so-called unused land to still qualify as green. Often such ‘unused’ land is actually used by local communities to support themselves such as providing food. The text also provides a derogation for palm oil produced by small farmers – despite the size of a plantation bearing no relation to the risk of deforestation or the changes in land use. Independent analysis has shown that such exemptions are not environmentally justifiable. The size of the exemption cannot be quantified at this stage but will depend heavily on how tightly the provisions are monitored and enforced.

[2] Despite demonstrating that 8% of global soy expansion happened on high-carbon land, the Commission decided to keep promoting soy as a renewable fuel. 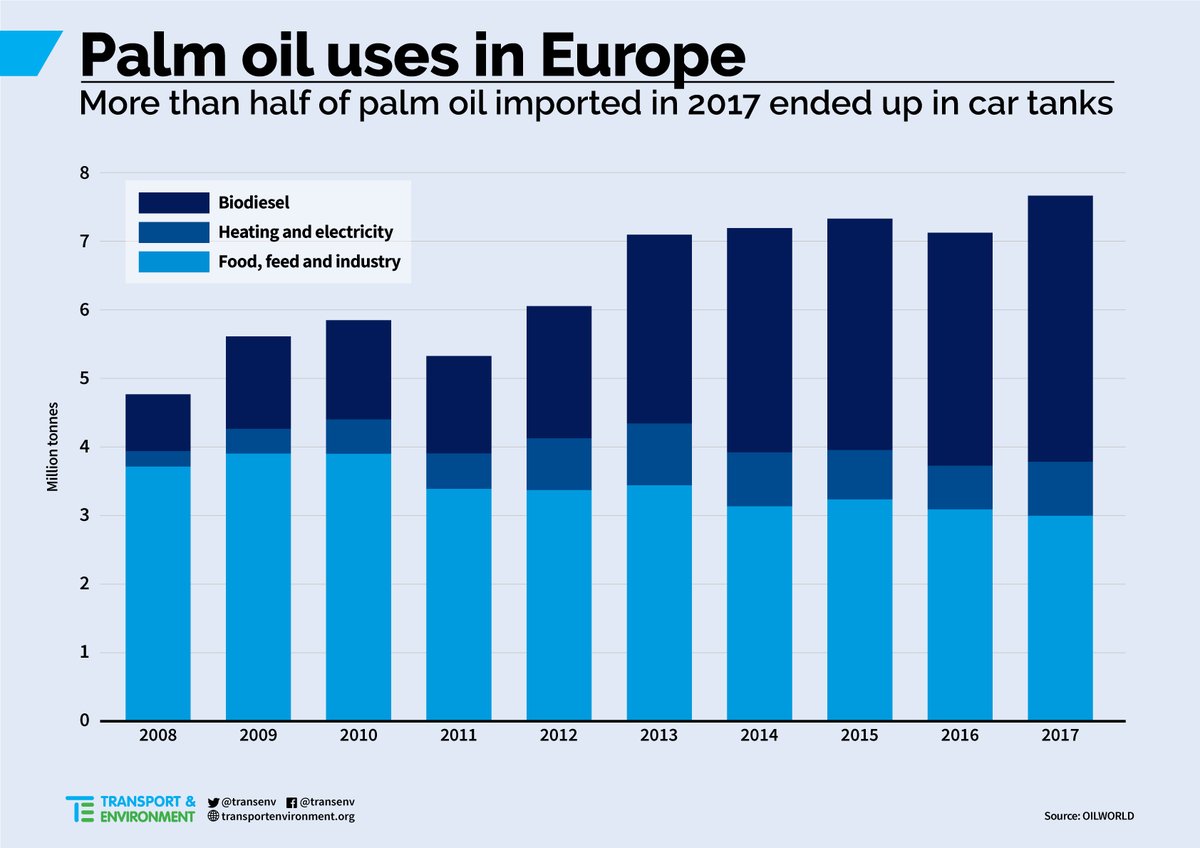