Why is palm oil biodiesel bad?

Palm oil production – much of it for biofuels – is one of the key drivers of environmental destruction in Southeast Asia and increasingly in South America.

It has been responsible for rainforests destruction, swamps and peatland drainage - soy being the other oil crop directly associated with deforestation. More than half of all the palm oil imported into Europe ends up in the fuel tanks of cars and trucks! 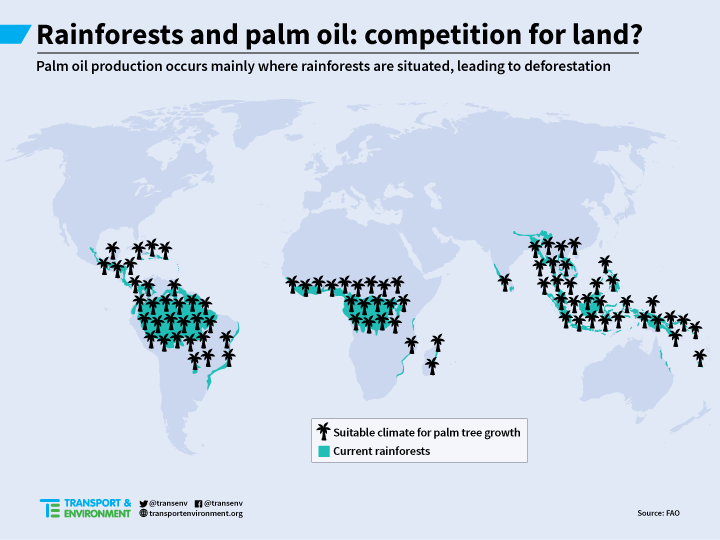 In 2018, 65% of all the palm oil imported into the EU was used for energy. More than half of it (53%) of all palm imports was used to make biodiesel for cars and trucks - an all-time high - and 12% to generate electricity and heating - another record.

Palm oil used for biodiesel grew again in 2018 - by 3% - while the use of palm oil to make food and animal feed dropped significantly, by 11%. 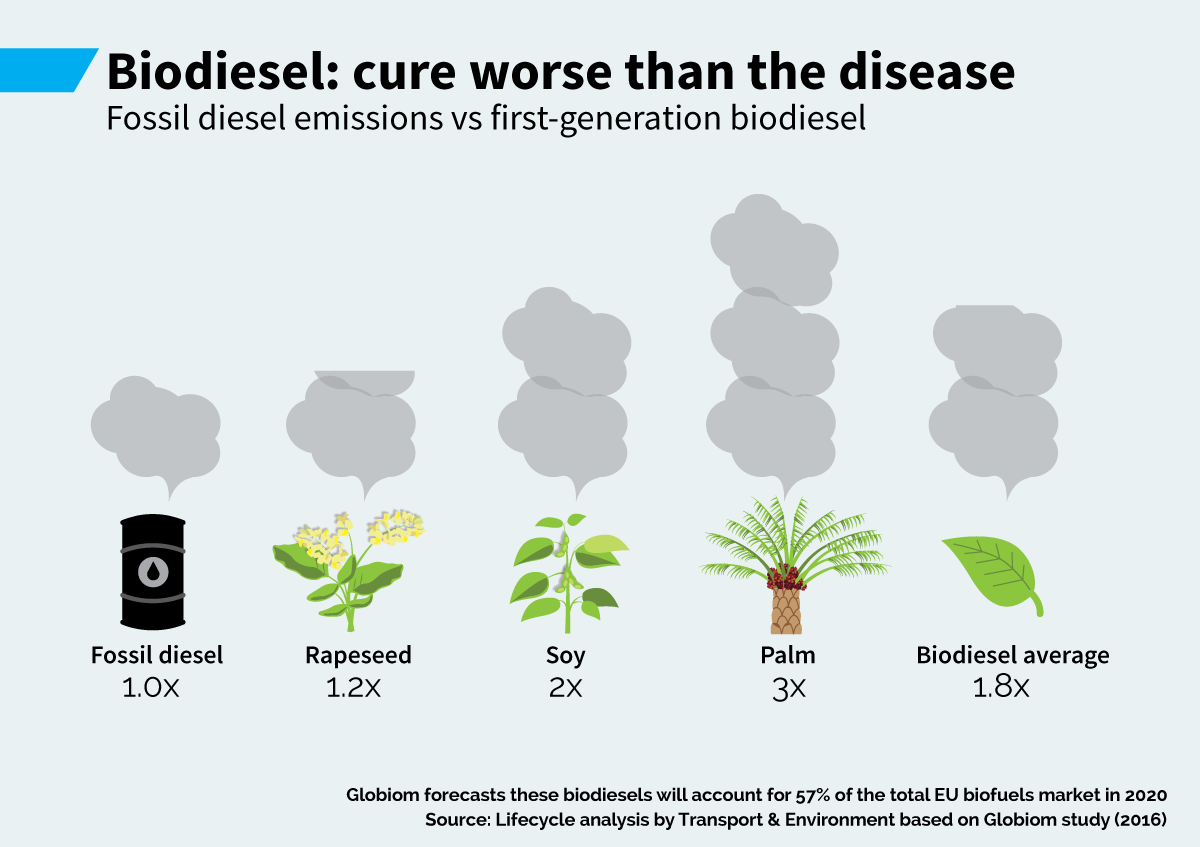 Your voice will help counter the noise of biofuel lobbyists and show the European Commission that so many of us care about climate change and the world’s pristine rainforests and precious wildlife.

No Rainforests in My Tank! When are we going to stop the nonsense of burning palm oil in cars in Europe?

This reckless use of biofuels, devastating Rainforests and accelerating global warming, must stop now.

This helped with my geography hw. really good!

So after reading this i can see that palm oil is bad for pollution and contributes heavily to the deforestation of the rain forests. Yes this is very bad and i agree something must be done. but instead of saying this thing should be banned why don't organisations look at a more sustainable way of producing the crop. After all Palm Trees are exactly that TREES which help re-oxygenate the atmosphere by converting carbon dioxide. Palm oil is also a renewable source of fuel for the motor industry and is proven when consumed in its unrefined state along with a balanced diet to lower levels of low-density lipoprotein cholesterol (LDL-C), the “bad” cholesterol. So again yes I agree that deforestation is bad but maybe organisations like this could look for a more proactive way to persuade companies to stop deforesting and suggest new areas where the growths could be established meaning More trees planted increasing Oxygen reproduction and a renewable fuel source for the motor industry.