Those tuning in to Europe’s biggest car show this week would be forgiven for thinking that carmakers had undergone a Damascene conversion, seen the error of their polluting ways, and were now dedicating themselves to spreading the gospel of sustainability. Electric cars of all shapes and sizes are being unveiled as carmakers look to combine the desires of drivers with the needs of our warming planet.

Mercedes, for example, is seeking to underscore its “Lead in Electric” claim by showcasing five fully electric cars and one hybrid out of its eight models on display. For BMW the star of the show is the BMW iX – a battery electric SUV – as well as the i4, a mid-size battery electric sedan. In fact, two-thirds of the vehicles on show are electric.

But behind these sermons on ‘sustainable mobility’, sales data analysed by T&E paints a different picture. While EV sales continue to grow, they are being worryingly outpaced by SUVs, which are still primarily polluting, engine-driven cars. 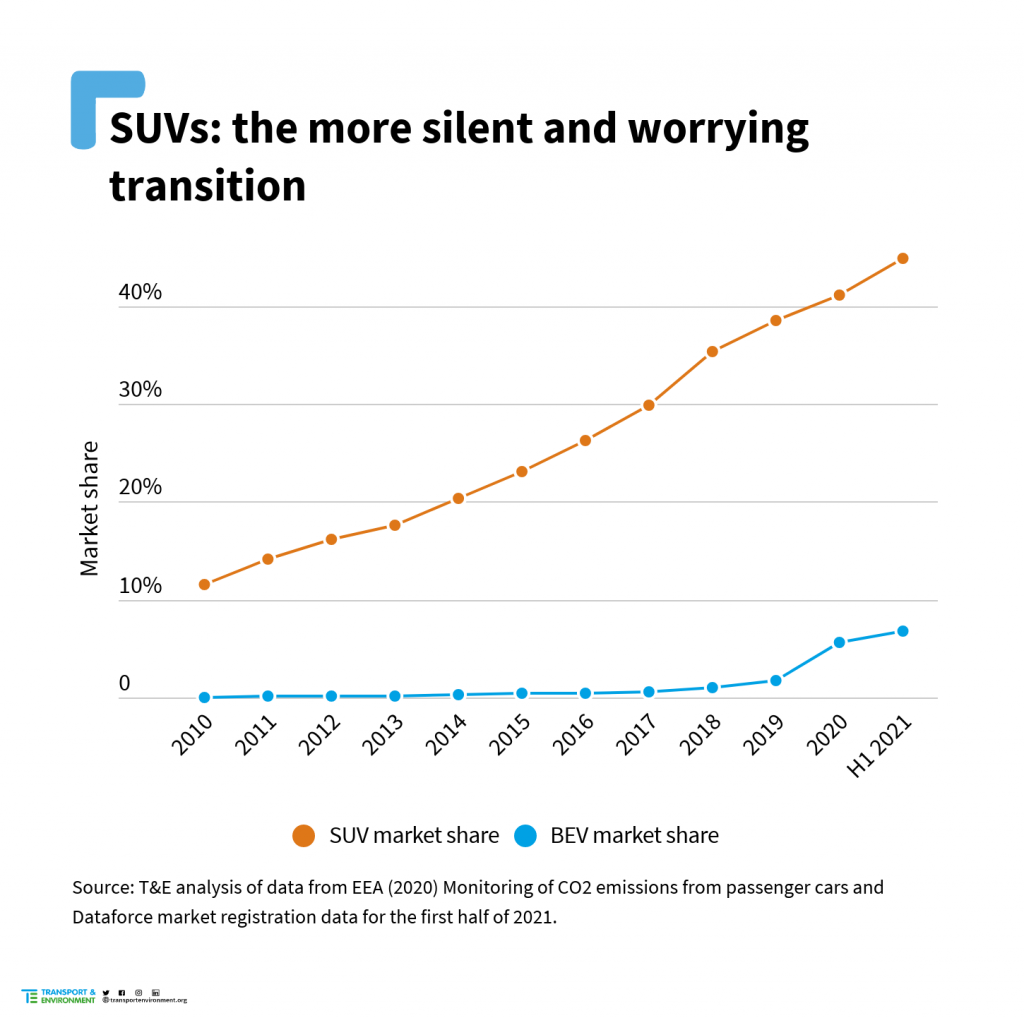 While only a third of the cars on display have a combustion engine, most carmakers are still expected to rely on these for the majority of their sales in the coming years. This makes a heavy transition period seriously bad for the planet. In fact, carmakers can still comply with the CO2 emission targets until 2030 with the fully electric car sales close to today’s levels. That means millions and millions of cars sold will remain with diesel and petrol engines.

With many conventional cars becoming SUVs, the trend is passed onto the EV market. Half of EV sales are now SUVs, due to the shift in the conventional car market fed by an auto industry seeking to maximise profit. Instead of tackling the issue of weight and size, resulting in more emissions and more materials, manufacturers are increasingly opting for bigger.

Carmakers might be spreading the good word, but by continuing to sell CO2 heavy SUVs they are failing to practice what they preach. Like the blinded Saul on the road to Damascus, they are yet to fully see the light.