James Nix, freight manager at Transport & Environment, said: “We face a dangerous cocktail of surging van sales and high van emissions. Standards which entered into force at the beginning of 2020 were supposed to make vans cleaner, but vanmakers have had to do almost nothing to reach them. In the case of Volkswagen, their emissions are even going up. With pathetic CO2 targets, the boom in e-commerce is becoming a nightmare for our planet.” 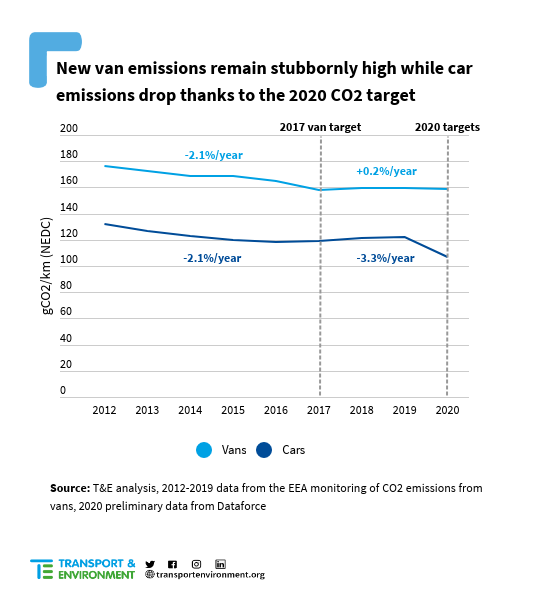 Just 2% of vans sold last year were electric, while one in 10 cars sold were electric vehicles. E-van sales will be stuck between 2% and 8% in 2029 unless the EU increases vehicle CO2 targets, according to T&E’s analysis. This is despite smaller e-vans already being cheaper to own and run, and a recent T&E-commissioned study showing that all vans – big and small – will be cheaper to buy by 2026.

James Nix concluded: “Electric vans make economic sense. But vanmakers don’t have an incentive to sell them. This is leading to pointless pollution. The upcoming review of van emission standards gives the EU a unique opportunity to strengthen the targets and drive the uptake of electric vans.” 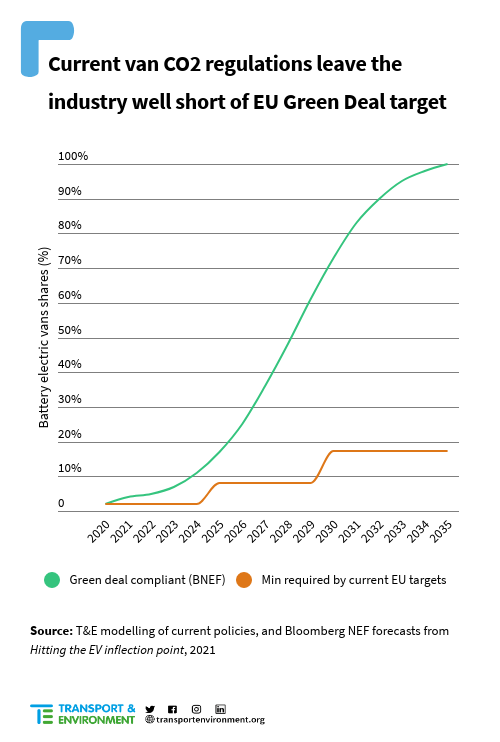 The current weak target for 2030 should be brought forward to 2027 – a 31% reduction – and rise steadily to 2035, T&E calculates. This should be combined with an e-van target to speed up production, so that the EU can phase out sales of all new fossil-fuel vans in 2035, which is necessary to fully decarbonise by 2050.

The European Commission is set to propose a revision to the EU’s van CO2 emission standards in June.