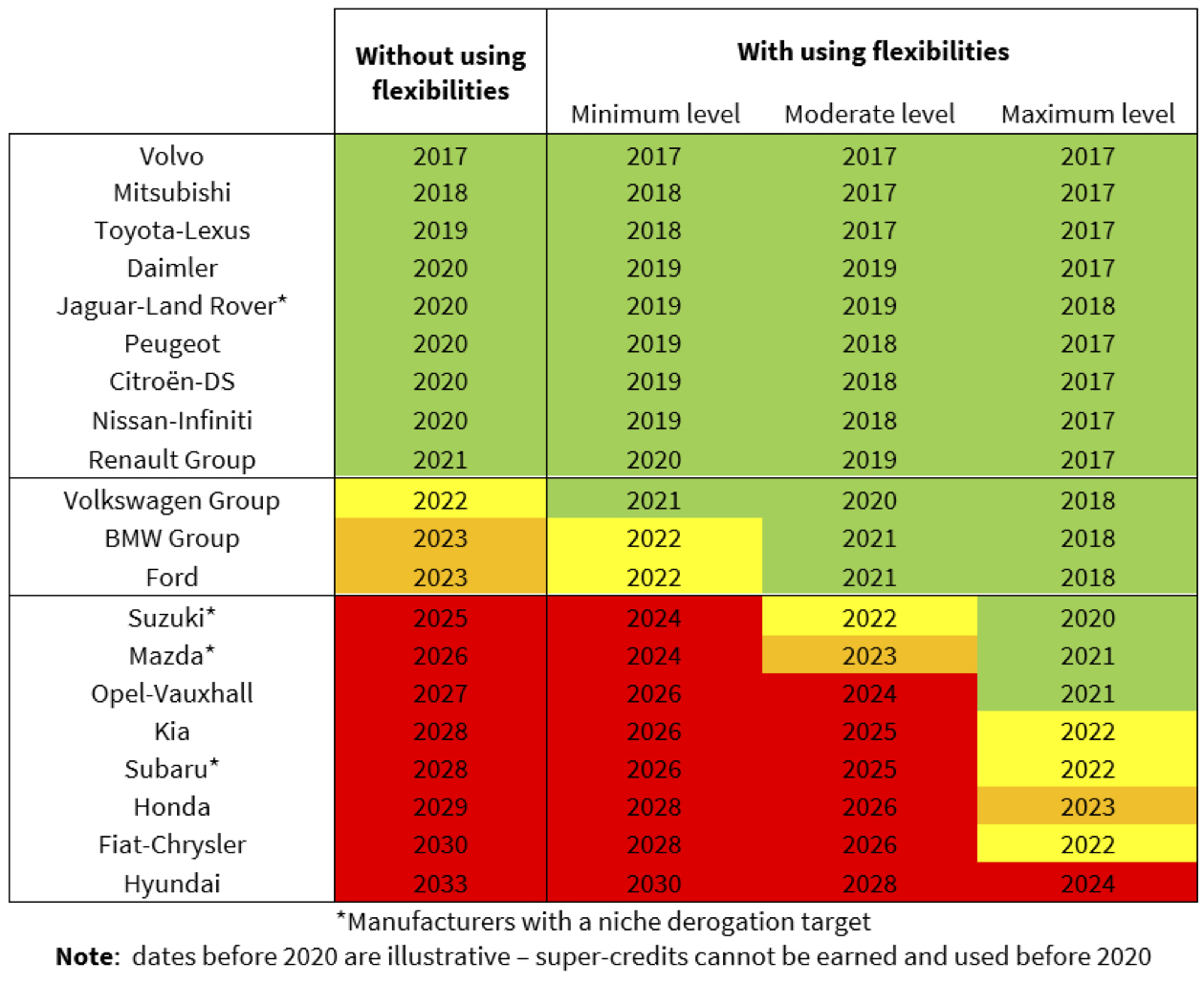 Graph by ICCT
BA ranked as the least fuel-efficient airline on a transatlantic route in 2014, according to the International Council on Clean Transportation. It burned 51% more fuel per passenger-kilometre than the most efficient carrier, Norwegian Air Shuttle. BA is among the many premium carriers that fall below the industry average. Others include Lufthansa, American Airlines, United Airlines and Virgin Atlantic.
Andrew Murphy, aviation policy officer at Transport & Environment, said: “If you can’t get highly profitable airlines on the most lucrative route in the world to improve fuel efficiency, then how can you expect it to happen elsewhere? Efficiency standards and carbon pricing are needed if aviation is to play its role in keeping global warming below 2 degrees.”