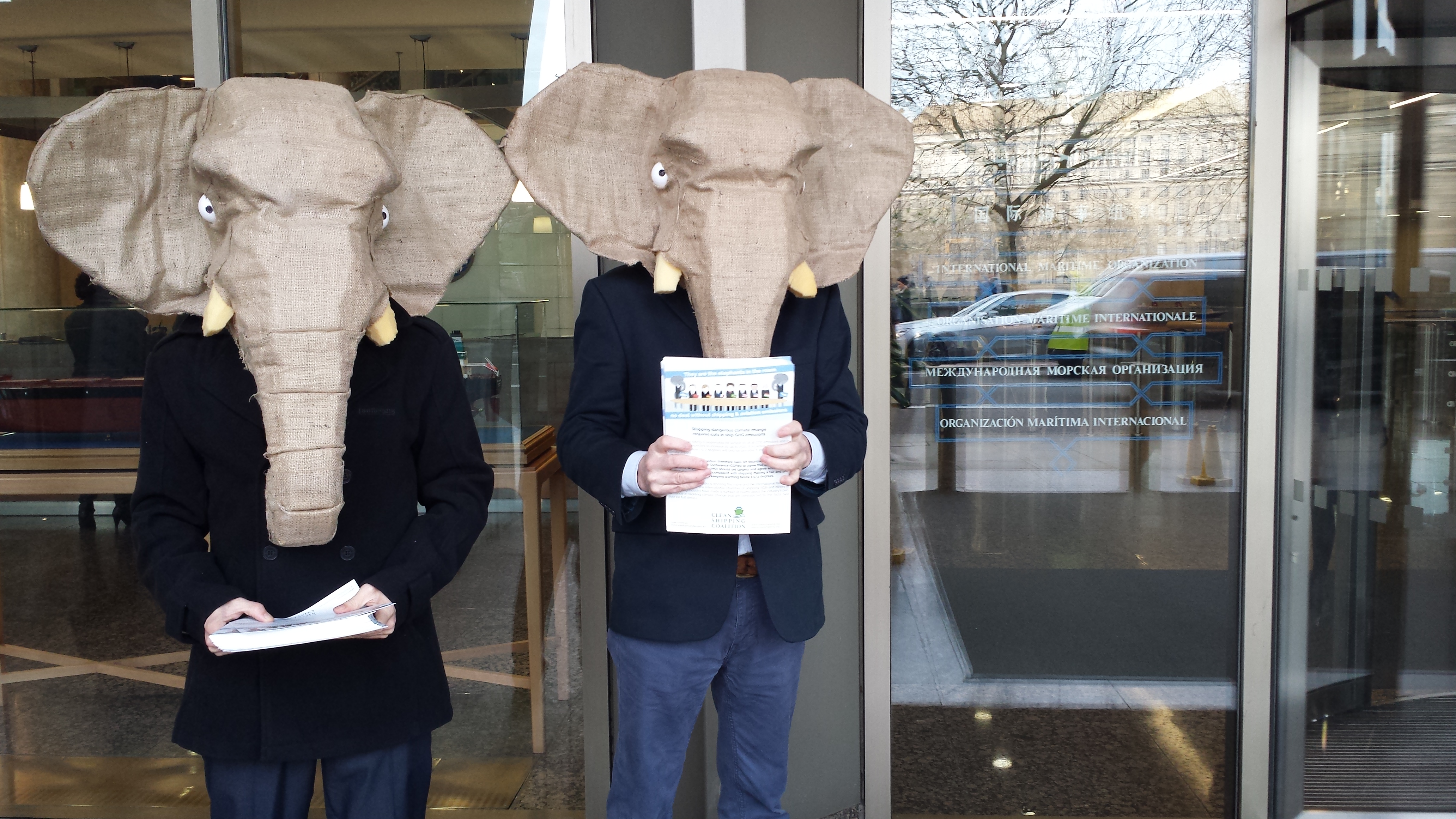 Emissions from shipping, along with aviation, are the elephant in the COP21 negotiations room, the groups said in a dossier presented to delegates arriving for the IMO’s 2015 Assembly in London today.

Almost 40% of all CO2 emissions in 2050 will be caused by shipping and aviation if left unregulated, the study published by the European Parliament found. However the IMO, the UN body tasked with tackling the climate impacts of shipping, has so far failed to grasp the nettle on shipping’s growing contribution to greenhouse gas (GHG) emissions [1], while the proposal for emissions cuts from industry – as represented by the International Chamber of Shipping – would fall short of what shipping needs to do to help meet the 2°C warming target limit by some 121%.

The European Parliament’s study took into account the IMO’s own research which found that shipping GHG emissions are up 70% since 1990 and are projected to grow by up to a further 250% by 2050 [2]. Shipping currently accounts for nearly 3% of global CO2 emissions – higher than those of Canada, Brazil, Indonesia, Mexico, France or the United Kingdom. All these countries have now pledged domestic emissions cuts ahead of next month’s talks but the IMO’s Secretary General thinks differently having recently claimed publicly that “…measures aimed at reducing shipping’s overall contribution of CO2 emissions… must be avoided” [3].

Without inclusion of ship GHG emissions in the Paris agreement and significant additional action to reduce emissions, shipping will consume a growing proportion of the 2 degree carbon budget and ultimately make it all but impossible to meet climate stabilisation targets.

Seas At Risk and T&E are members of the Clean Shipping Coalition [4], which has Observer status at the IMO. They are calling urgently on the IMO Assembly delegates to set a major course correction. Countries participating in the Paris Climate Change Conference (COP21) need to agree that the IMO should set targets and agree emissions re­duction measures that are consistent with shipping making a fair and pro­portionate contribution to keeping warming below 1.5/2 degrees.

Sotiris Raptis, shipping policy officer at T&E, said: “Now we know that, left unregulated, ships and airplanes could be responsible for almost 40% of global emissions in 2050 if other sectors decarbonise. Any deal in Paris must lead to an emissions reduction target and measures for shipping and aviation, otherwise the efforts of all other sectors of the global economy to meet the 2 degree target could be derailed.”

John Maggs, policy advisor at Seas At Risk and President of the Clean Shipping Coalition said: “Paris should be the moment when the world sets itself on a course that avoids dangerous climate change. To achieve this all will have to play their part; there is no room for shirking responsibility or special pleading, least of all from an industry like shipping that has so much untapped potential to reduce emissions and move to a low carbon business model.”

[4] The Clean Shipping Coalition (CSC) is the only global international environmental organisation that focuses exclusively on shipping issues. It has eight member organisations and is an observer at the IMO. https://www.cleanshipping.org/about/