Ships sailing to and from Europe emitted more than 139 million tonnes of CO2 last year – meaning that if shipping were a country it would be the EU’s 8th biggest emitter after the Netherlands. Shipping is the only sector with no measures to reduce its emissions in the bloc and yet it does not pay for its carbon pollution. Meanwhile, the maritime sector is exempt under EU law from paying tax on its fuel, an effective subsidy worth €24 billion a year. [1] 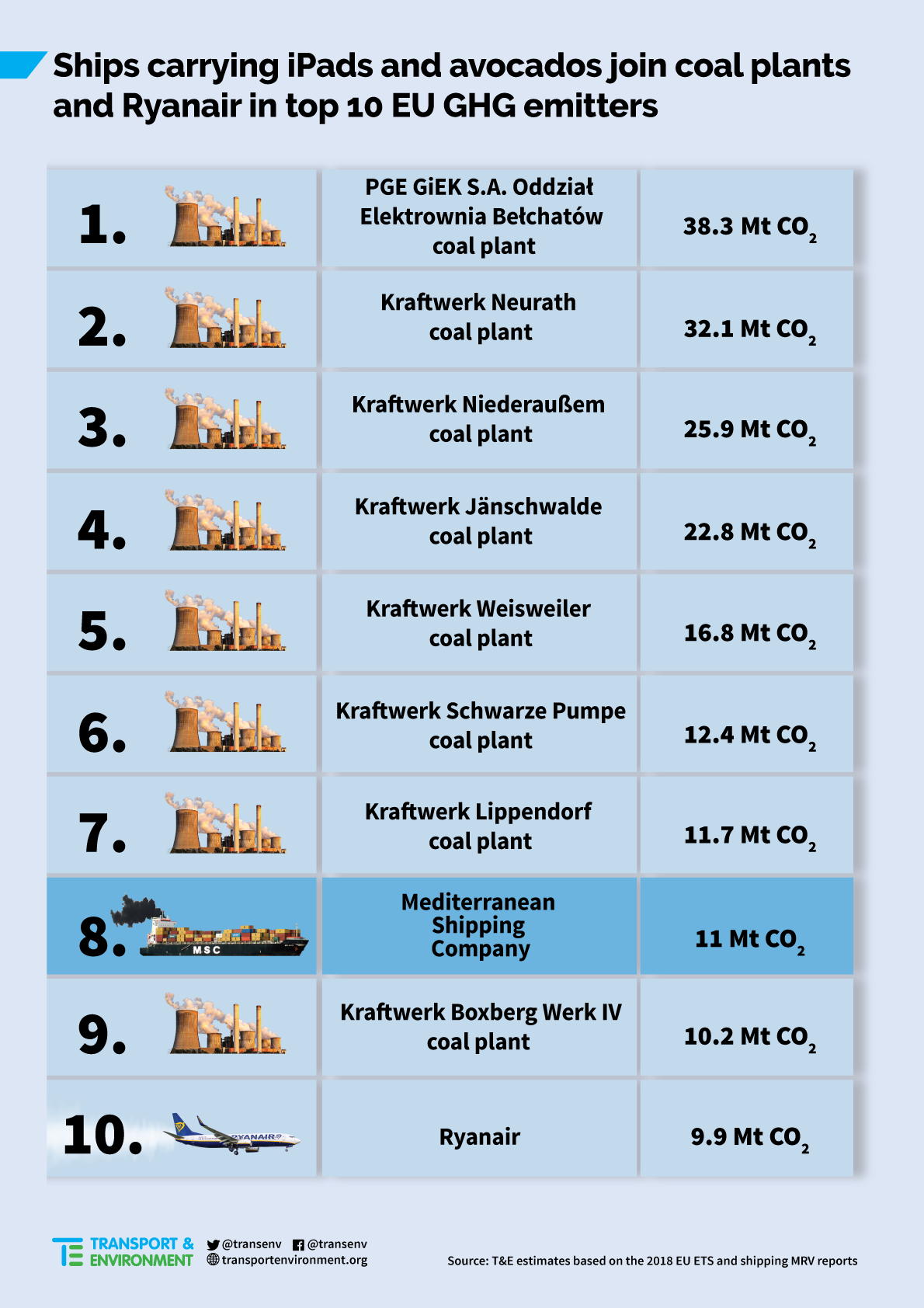 Faig Abbasov, shipping manager at T&E, said: “A company that consumers have never heard of has joined the top 10 polluters list in Europe. This industry doesn’t pay a cent for its carbon emissions and the EU has so far done nothing to curb its damage. European trade doesn’t have to be dirty just because EU leaders have neglected to clean up shipping.”

The study also found that emissions from ships carrying goods to and from France were larger than the CO2 from all the cars in the 10 largest French cities and the Grand Est region combined. Shipping emissions are so big that in five countries, including the Netherlands, Belgium and Norway, the sector emitted as much CO2 as all the cars nationally. [2] 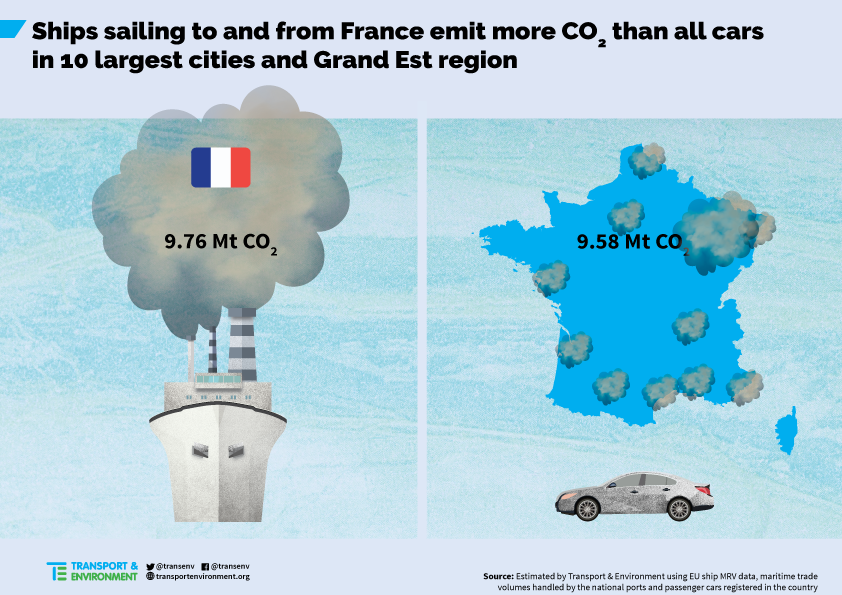 The new European Commission president has committed to bringing international shipping emissions under the bloc’s emissions trading system (ETS) to help make Europe carbon neutral. T&E said this was an essential first step to rein in the sector’s climate impact. But additional measures, including a CO2 standard for how much ships can emit while in operation, will also be needed to accelerate the uptake of zero-carbon fuels and technologies.

Faig Abbasov concluded: “It’s high time national leaders support President Ursula von der Leyen and the European Parliament in reigning in long-ignored maritime emissions. To make shipping do its fair share, Europe must bring shipping into its carbon market and mandate CO2 standards for all ships calling at its ports.”

[2] In the Netherlands, Belgium and Norway, the CO2 emissions from ships sailing to and from each are greater than the CO2 emitted from all the cars nationally.