EU regulators are preparing to outline the details and the scope of the scheme in a proposal due in June. The shipping industry is eagerly awaiting the Commission’s decision, which will define how EU maritime greenhouse gas emissions are regulated for the first time.

The coalition launched by T&E has grown steadily, encompassing a wide range of shipping interests from progressive to more traditional. What they all have in common, says T&E, is the desire for carbon pricing rules that are clear, fair and crafted in such a way that is both good for the planet and does not undermine the smooth running of international shipping.

Faig Abbasov, shipping director at T&E, said: “This is a chance to put shipping on a path to decarbonisation. Our unique industry-NGO coalition underlines how important it is that the EU doesn’t waste it. The ETS should not be limited to voyages within the EU but also cover voyages between the EU and third countries. An intra-EU only ETS would reduce the environmental effectiveness of the measure and place the burden unfairly on short-sea shipping companies.”

Beyond scope, the coalition has also asked the Commission to rule out free emission allowances to avoid punishing smaller companies that have less capacity to take advantage of the system. This, they say, would ensure both environmental effectiveness and a level-playing field. They also back the European Parliament’s proposal of establishing an “Ocean Fund” which will channel ETS revenue into research and development and the deployment of green fuels, among other things.

This comes as a new report shows that deploying enough e-fuels to account for 7% of shipping fuel by 2030 would put EU shipping on track to decarbonise by mid-century. Modelling by T&E points to a clear path which involves modest deployments of e-fuels combined with efficiency measures such as wind-assist and speed optimisation. 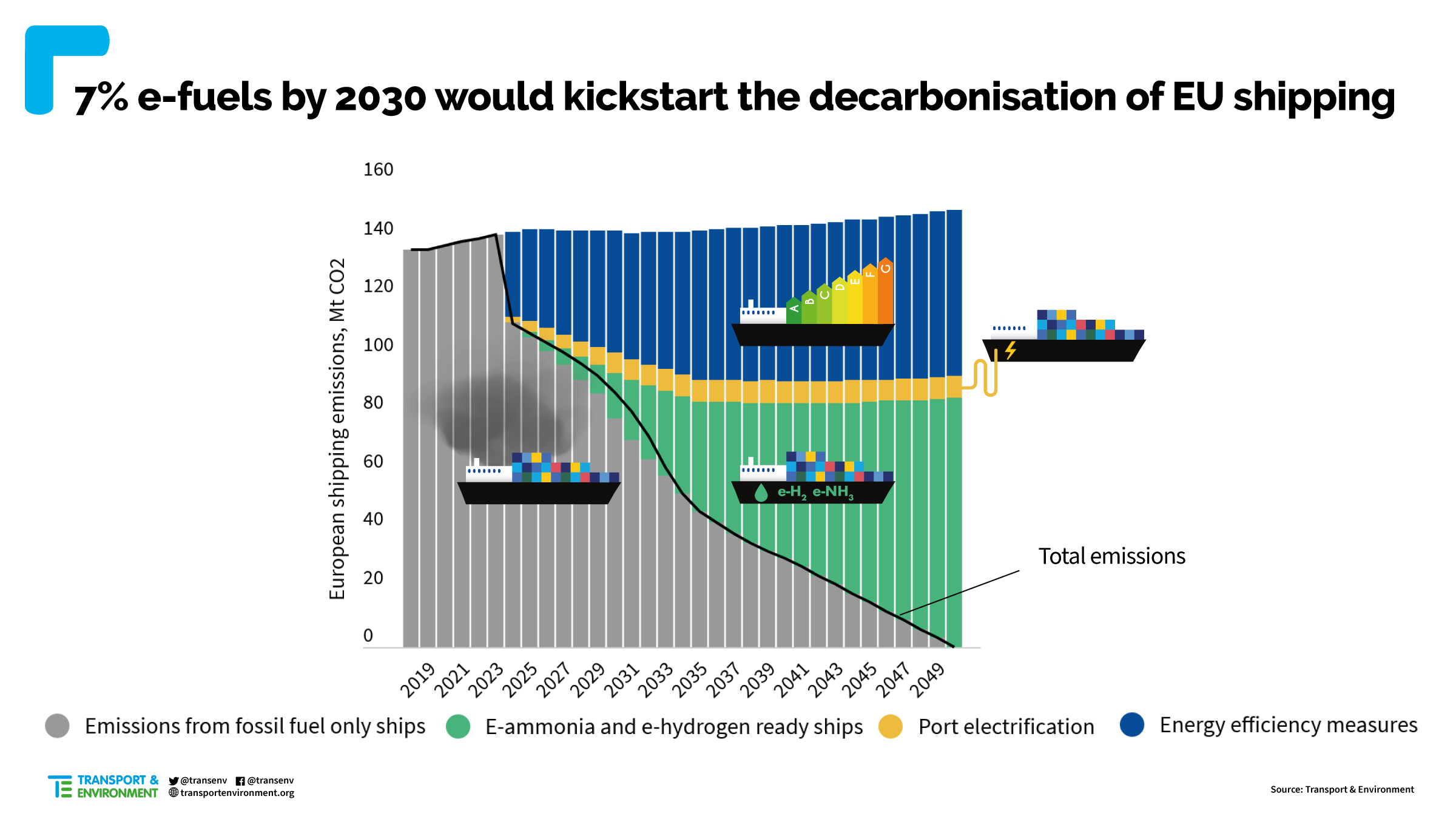 Faig Abbasov added: “We have shown that decarbonising shipping is doable. But the uptake of green fuels like e-ammonia won’t happen unless shipping companies are required to deploy them. As well as an ambitious ETS, the EU should mandate 7% e-fuels by 2030 as part of the forthcoming FuelEU maritime legislation.”

The EU Commission is revising the EU ETS directive in line with the European Green Deal and it plans for the first time to include international maritime emissions.