In the four years since the Fidesz party’s government, headed by Viktor Orbán (pictured, above), came to power, state funding for independent NGOs has almost disappeared. This has meant the ability of NGOs to comment on government initiatives has been seriously reduced, especially as it coincided with the exclusion of representatives from civil society from a number of consultative bodies on which they had previously sat.
The result was to make such NGOs dependent on money from outside the country, but this funding has now been targeted by the government. In July, Orbán said in a speech: ‘We’re not dealing with civil-society members but paid political activists who are trying to help foreign interests here.’
Earlier this month, a special police unit searched the Budapest headquarters of Ökotárs, a foundation coordinating the distribution of funds from Norway to Hungarian NGOs. The police said it was investigating ‘suspected embezzlement and unauthorised financial activities’, but the Norwegian government strongly condemned the raid. 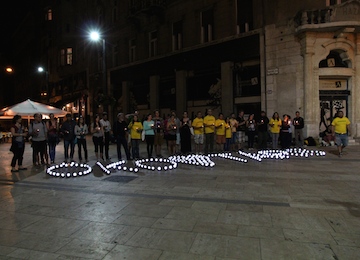 The Clean Air Action Group (CAAG) is one of the NGOs which receives money from the Norwegian Civil Fund. Its president András Lukács said: ‘The police raid is clearly aimed at intimidating and stopping the activities of NGOs. Since Fidesz came to power, it has become very difficult for NGOs to contribute to national debates. The list of our press appearances used to be about nine pages per month but it’s now down to one or two. Moreover, five years ago the list always included major television and radio channels, but today these are almost always missing from the list, which also reflects the government’s increasing dominance over most Hungarian media.’
What is happening in Hungary is also happening in other countries outside the EU, if an article in the Economist in September is a guide. It says Azerbaijan, Mexico, Pakistan, Russia, Sudan and Venezuela have all passed laws in the past two years limiting NGOs from receiving foreign funding. Egypt has since passed such a law while other countries are planning similar legislation. The article suggests that some foreign funding can legitimately be seen as meddling in the internal affairs of a country, but it says ‘more and more autocrats are stifling criticism by barring NGOs from taking foreign cash’.
The CAAG believes Hungary is in breach of the Commission’s rules for receiving money from the European Structural and Investment Funds. The code of conduct adopted in January requires member states to cooperate closely with ‘bodies representing civil society at national, regional and local levels throughout the whole programme cycle consisting of preparation, implementation, monitoring and evaluation’. The CAAG wants the Commission to take steps to enforce its own regulation in Hungary.
A detailed description of the situation of NGOs in Hungary can be read in the Civil Society Organisation Sustainability Index published by USAID.