The European Commission has announced it will propose an EU-wide sustainable jet fuel mandate, known as ReFuelEU, in 2021. T&E said the EU mandate should focus on e-fuels to ensure the uptake of truly sustainable alternative fuels in the sector. 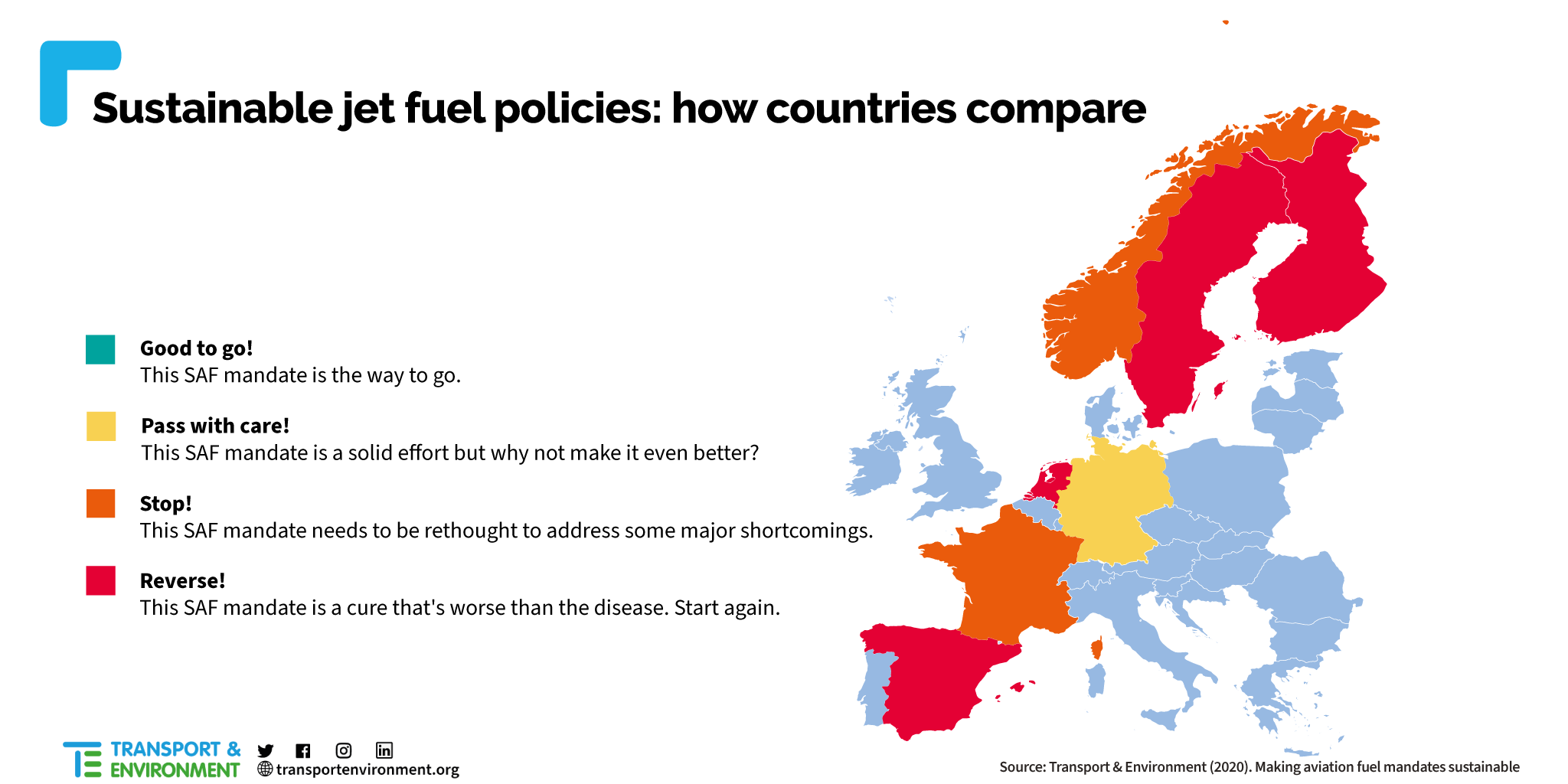 Andrew Murphy, aviation director at T&E, said: “Europe is finally getting serious about reducing the climate impact of flying. The type of alternative jet fuel chosen will decide whether we repeat the mistakes of the past or embrace fuels that can actually decarbonise aviation. Advanced fuels, such as e-fuels produced from additional renewable electricity, offer that but only if realistic targets are set.”

Spain, the Netherlands, Sweden and Finland also set unrealistically high targets that could result in unsustainable biofuels being used, the report finds. While France and Norway do not promote crop-based biofuels, their strong focus on advanced biofuels could lead to high demand for feedstocks that can only be sourced sustainably in very limited amounts, such as used cooking oil. T&E said countries promoting advanced biofuels should properly assess the impact of targets they set.

Germany wants to explicitly exclude crop-based fuels and, by not setting a target for advanced biofuels, it limits the risk of unsustainable sources being used. It’s focusing on developing e-fuels, though the sustainability requirements remain unclear. T&E said Germany should commit to using e-fuels produced with 100% renewable electricity, and to only take carbon directly from the air – not from waste CO2, which could extend reliance on polluting industry.

Andrew Murphy concluded: “E-fuels should be at the centre of the European Commission’s forthcoming sustainable aviation fuels mandate but only if they are made from green hydrogen and carbon captured directly from the air. A realistic target should be set, and one which is based on the carbon intensity of fuels. Otherwise, green jet fuel will fail even before it takes off.”