Increased demand for biodiesel has had the highest price impact on vegetable oils in the EU such as rapeseed, palm oil, soy and sunflower – a 171% increase in prices in the EU per exajoule (EJ) of biodiesel produced. EU oilseeds (before crushing to oil and meal) saw 25% higher prices. At a global level, biodiesel demand is associated with an increase of 38% per EJ on global vegetable oil prices. Ethanol feedstocks have also significant impacts, with wheat ethanol increasing global wheat prices by 20% per EJ and sugar-based ethanol increasing world’s sugar prices by about 40% per EJ.

Jori Sihvonen, clean fuels officer at Transport & Environment, said: “The science is clear: biofuels policies increase food prices. The biofuels industry needs to face facts that when you use food to fuel cars you increase demand for food and its price. Instead of spreading “alternative facts”, biofuels producers should invest in advanced technology that does not rely on land grown crops.” 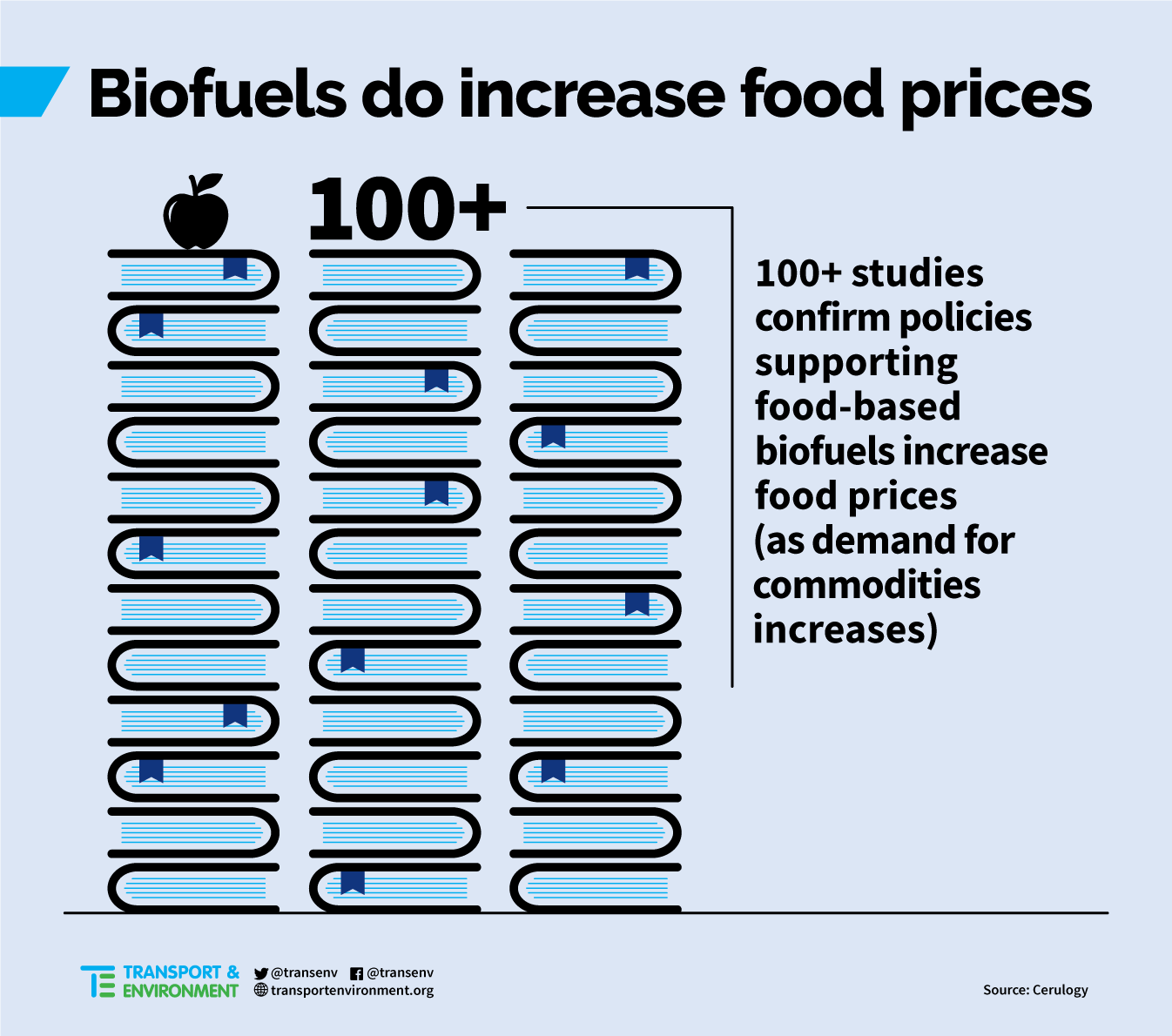 Increases on global food prices have a high toll particularly on the urban poor in developing nations. Here the price of food staples can represent a third or more of total household spending. Even small increases then have a significant impact on people’s welfare.

The European Parliament is currently reviewing a Commission proposal to recast the Renewable Energy Directive, which states member states can still count a 3.8% share of food-based biofuels towards their renewable energy targets in 2030. The study finds that if Europe phases out food-based biofuels by 2030, global vegetable oils (such as sunflower, rapeseed, soy and palm oils) will be 8% cheaper in 2030, compared to a scenario with a 7% target for biofuels. Thanks to stopping using food-based biofuels in the Union, European consumers would save USD13bn in 2030. Another USD6bn would be saved by consumers in the rest of the world, including developing nations.

Sini Eräjää, EU bioenergy officer of BirdLife Europe & Central Asia, said: “Food-based biofuels – whether from grains or vegetable oil – drive deforestation, increasing, instead of reducing greenhouse gas emissions and threatening the habitats of endangered species. Moreover, biofuels intensive land use also increases food prices for Europeans and developing nations. It just makes sense to stop mandating their use in our cars and trucks.”