Extension of the Real-world Driving Emissions (RDE) test to include particulate emissions is urgently needed to ensure Gasoline Direct Injection (GDI) engine exhausts are fitted with a particle filter like diesel engines. These GDI engines emit 10 times more particles than their predecessors when on the road despite the fact that an easy and cheap solution to the problem already exists – a Gasoline Particulate Filter (GPF) costs around EUR 25 per car​. ​Without robust tests the industry will not deploy this solution on an adequate scale and time frame.

Some carmakers have already announced plans to fit particle filters to their petrol vehicles from next year. These include the VW Group, Daimler (Mercedes-Benz) and the PSA Group. Other manufacturers have made their positions public and call for a delay and weakening of the Commission proposal. Specifically:

The most misleading industry claim is that manufacturers only have a few months lead-time to adjust their vehicles to the new RDE requirements. This ignores the fact that the decision to apply real-world tests to the particles limits was taken back in 2007 when the Euro 5/6 legislation was agreed; it was later confirmed in 2011.

Several national governments are supporting the positions of their national carmakers despite the dozens of infringements over EU air quality limits and somber death statistics. These include Italy, the Czech Republic, Slovakia, Romania and most likely Poland and Spain.  The positions of others, including the UK, are not yet known and the relevant decision-makers are refusing to disclose these.

The key countries that will sway the vote next week are Italy and Spain, yet the relevant ministries claim that they are still un-decided. Ford and Opel have an important factory in Spain and have been lobbying the Government to support their position. Similarly, Italy will be under pressure from Fiat.

The agreement the Member States will reach next week will have a pivotal importance for the air that Europeans will breathe in cities and the technology investments that the industry will make in the coming years. 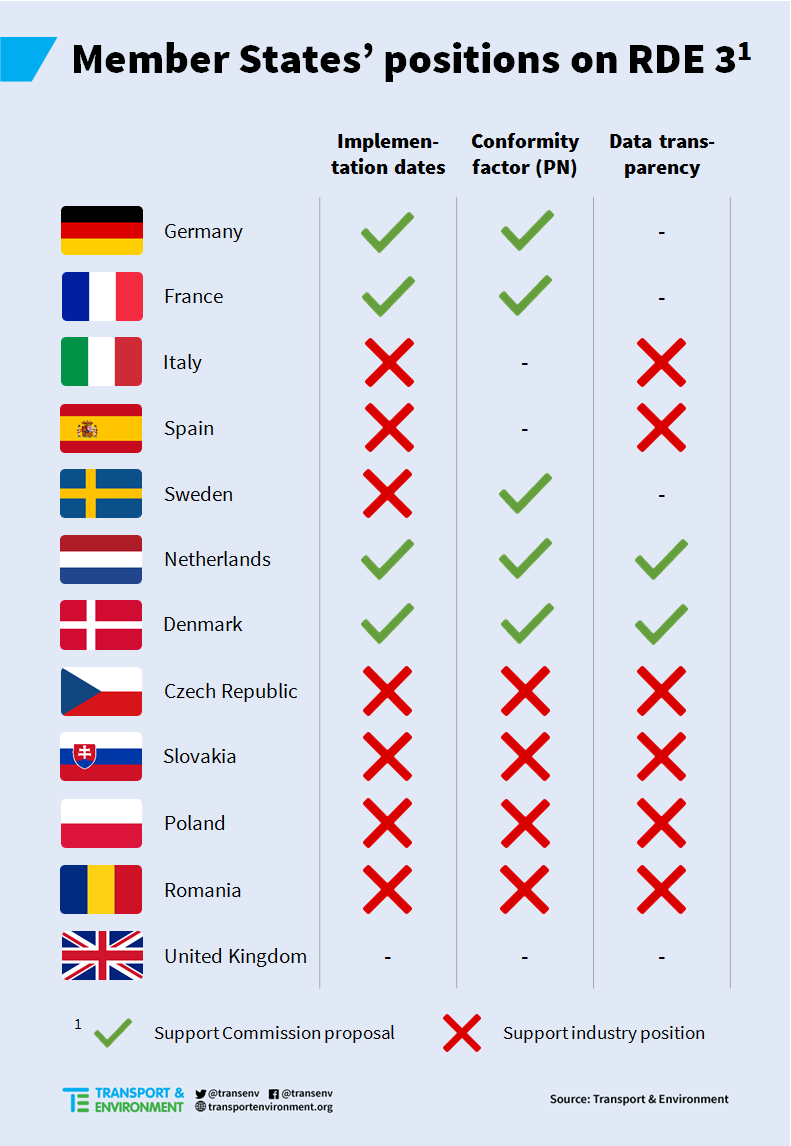