Palm oil expansion in Indonesia and Malaysia is driving deforestation and the drainage of peatlands, which releases greenhouse gas emissions and threatens the habitats of endangered species like orangutans and pygmy elephants. Indonesia and Malaysia are the world’s top two palm oil producing countries, accounting for 85% of global supply. According to the Globiom study for the European Commission, palm oil biodiesel is three times worse the climate than regular diesel.

Laura Buffet, clean fuels manager of Transport & Environment (T&E), said: “Burning palm oil in cars and trucks to meet Europe’s green energy targets must be the single stupidest thing we do in climate policy. Whichever way you look at it, it’s absurd and we have to stop this. The European Commission has to take its responsibility and get behind the European Parliament’s proposal to phase out support for palm oil biodiesel.” 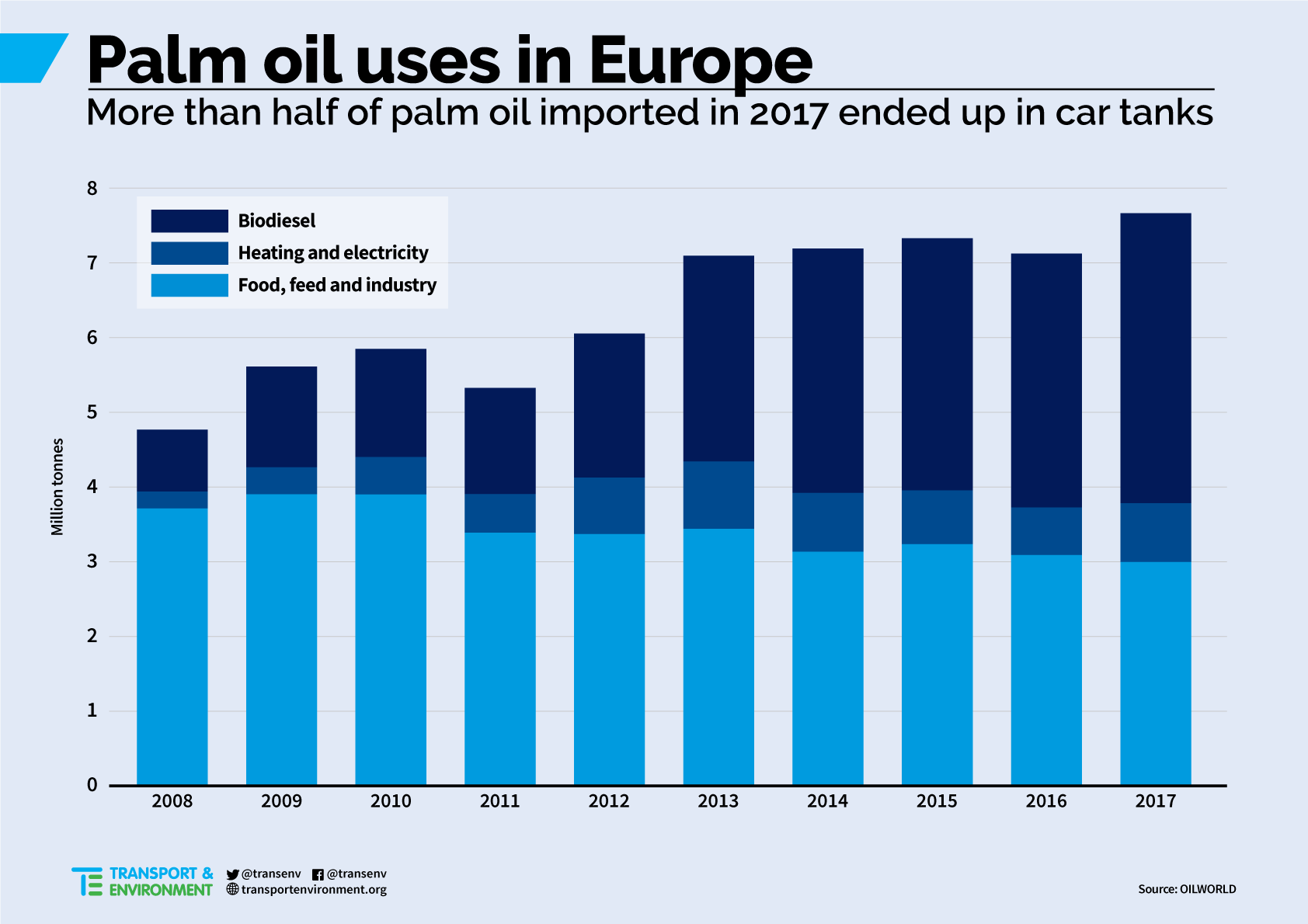 The EU’s Renewable Energy Directive was introduced to accelerate the uptake of renewables such as solar and wind but its transport chapter has promoted the use of food crops like palm oil, rapeseed oil and soy oil to make biofuels. Palm oil is also burned to produce heat and electricity. As for biofuels, these can be counted as zero emissions energy for climate accounting purposes. If we would properly account for biofuels overall emissions, road transport emissions would be 10% higher.

In January, the European Parliament voted to stop counting palm oil biodiesel to the EU’s green energy targets as of 2021. The decision triggered a well-funded campaign by the palm oil lobby in Malaysia and Indonesia. The European Commission, supported by the previous Spanish and Italian governments, opposes the palm oil phase out. Final negotiations on this law will take place during the 11th June energy ministers council meeting and the final trialogue between the EU Council, Parliament and Commission on the 13th.

Laura Buffet, clean fuels manager of Transport & Environment (T&E), said: “If biofuels were supposed to reduce emissions, improve energy security and support farmers they are a triple failure. We’re increasingly dependent on imports of increasingly dirty biofuels. The EU must not waste this once in a decade opportunity to move away from food based biofuels and start investing in clean renewable electricity and biofuels based on waste and residues.” 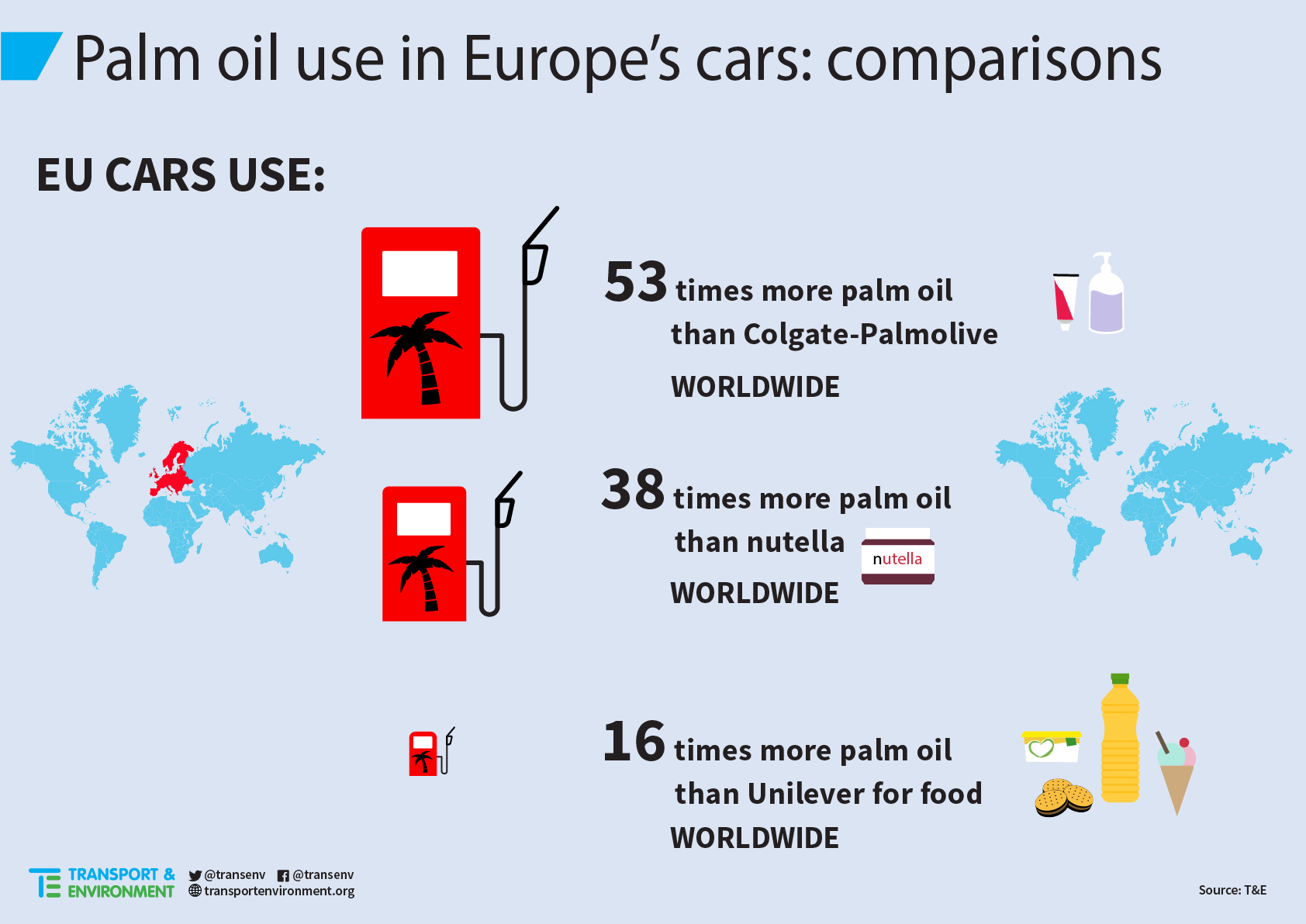