The disclosures give insights into the ways the car industry seeks to undermine health and environmental concerns by bankrolling apparently independent institutes such as the now defunct European Research Group on Environment and Health in the Transport Sector (known in Germany as the EUGT). EUGT was wholly funded by the German carmakers and auto supplier Bosch and was responsible for commissioning the odious experiments. These tactics have been common in the US and widely used by climate deniers but are now increasingly being deployed in Europe. For example, ForFreeChoice has recently begun campaigning against palm oil bans and has appeared in debates on car CO2 standards arguing against restrictions and seeking to undermine legitimate consumer groups.

The abuse of “research” by the car industry to provide ammunition for its army of lobbyists is endemic. One study proposed spending €520 billion re-surfacing Europe’s roads to reduce emissions instead of improving cars. Another industry funded report said improving van efficiency would increase the cost by up to €8,800; meanwhile an independent study for the Commission estimated €620. The industry also once claimed: “A vehicle-related target of 130 grams CO2 /kilometer, as proposed by the Commission, is not feasible”; it was met several years early with no impact on car prices.

The industry has legions of researchers and consultants willing to mislead and misinform the public and policymakers alike. In contrast, NGOs struggle to find highly qualified consultants willing to work with us for fear of upsetting the industry and being blackballed. Meanwhile, regulators are asked to regulate a multi-billion euro industry on a shoestring budget and thus become reliant on industry data and studies that then form the basis of pessimistic impact assessments.

The response of the companies shows little has been learned from the Dieselgate scandal. In 2015, the initial response was to claim “a handful of rogue engineers” at VW were responsible for the emissions cheating. But it quickly emerged that the tactic of turning down the exhaust controls was widespread across the industry and known at board level. Jump forward to 2018, each company has suspended a senior manager that they will undoubtedly scapegoat in a desperate attempt to protect what remains of their shredded credibility. No doubt the internal witch-hunts will identify other “conspirators” who will be sacrificed to protect those who have created the toxic culture within the German car industry where the ends justify the means.

The cheating of NOx emissions tests exposed by Dieselgate is not unique and has also been shown in laboratory tests for CO2 and fuel economy. No doubt engineers have already been busy identifying flexibilities in the new WLTP test to distort the results. The introduction of WLTP and new real-world tests for air pollutants are a step forward – as is the strengthening of the system of vehicle approval, including greater oversight by the European Commission. But ultimately the system will not work unless there is robust enforcement and harsh sanctions for cheats that necessitate a culture change within the industry. This explains why American VW customers were compensated while here in Europe there are 35 million grossly polluting diesels circulating on our roads. Even safety tests on tyre pressure monitoring systems have been manipulated to enable cheaper systems to meet standards. The industry must stop exploiting loopholes and implement regulations properly in the knowledge that irregularities in approach will be found, exposed and punished. Companies should compete on the quality of their engineers, not lawyers. More than ever before we need a stronger Europe with decisive MEPs and Commissioners willing to rein in an industry that is tarnishing the reputation of both Germany and Europe. 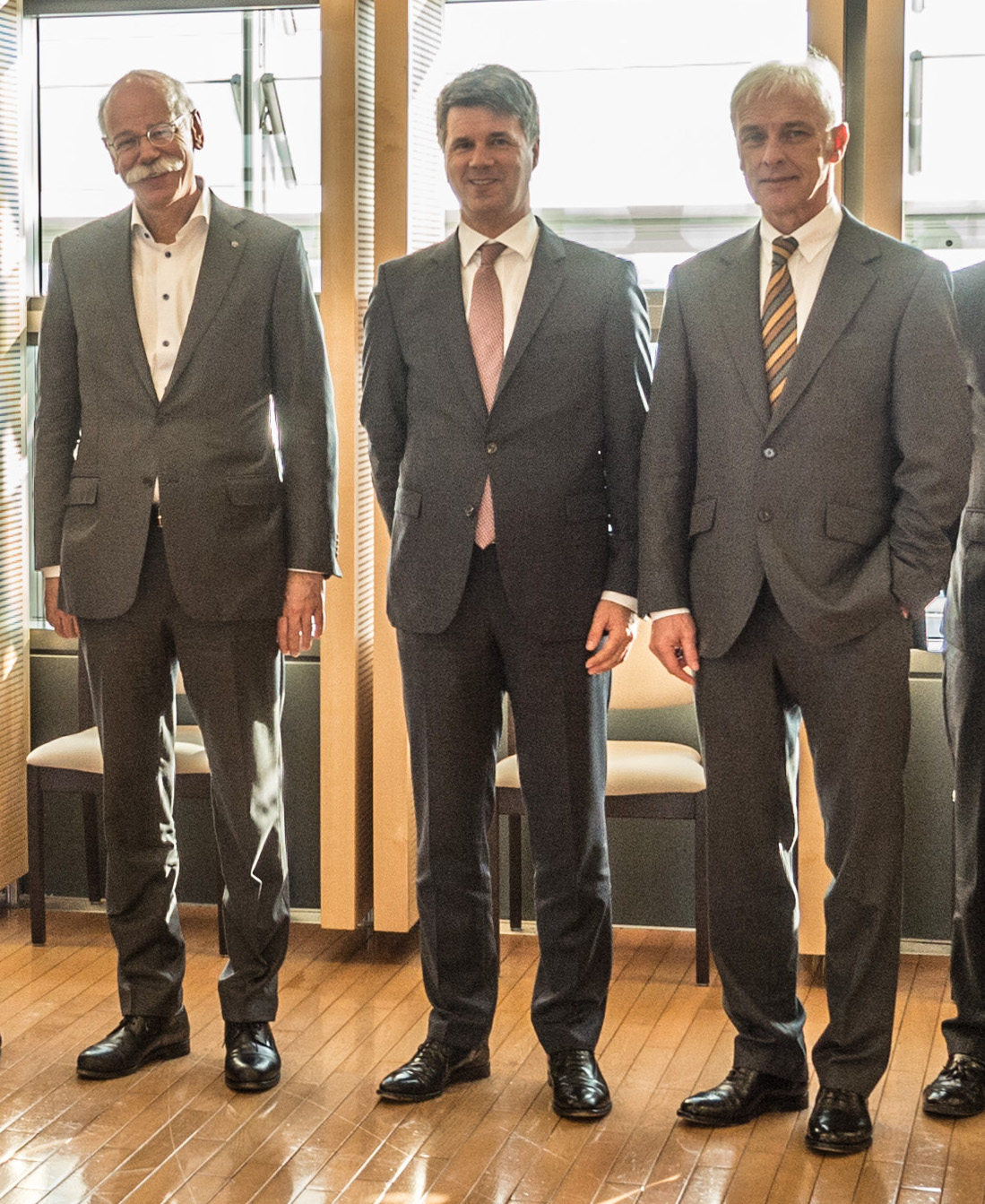 The monkey business is just the most recent in an appalling catalogue of scandals in which the German auto industry is embroiled. Dieselgate continues with tens of millions of dirty diesels still on Europe’s roads; but there is no concerted actions to fix these cars EU-wide. Truck manufacturers have recently been fined €3.8 billion for a cartel fixing the price of emissions controls. German carmakers are being investigated for their own cartel dating from the 1990s to coordinate activities on vehicle costs, suppliers and technology including diesel emissions controls. The pattern reveals an industry that is above the law. An attitude borne from an unhealthy relationship with German politics in which men rotate back and forth from boardrooms to the Bundestag and Länder (states) are part owners.

Half of BMW shares remains in the hands of the Quandt family; 20% of VW is owned by the state of Lower Saxony; Bosch is largely owned by a charitable foundation. The boards of each company seem incapable of governing the alphamales at the head of these perpetual wrongdoers. Their drive for sales, profits and prestige are unsustainable and unsupported by ethical business practices.

Culture change is essential in these rogue companies to secure their long-term future – but scapegoating a handful of managers is window-dressing. There needs to be wholesale change in executive and board personnel; more women, more youth, and new management from outside the auto industry to rebuild the tattered reputation of German automakers.