Cristina Mestre, biofuels officer of Transport & Environment (T&E), said: “We welcome today’s call for a phase-out by the European Parliament because the problem is not only palm oil. As vegetable oils are so interchangeable, if we take palm oil out of the global vegetable oil market it’ll be replaced by other equally bad biodiesel feedstocks. The solution is to phase out crop-based biofuels and leave room and subsidies for actual sustainable solutions.”

Biodiesel from virgin vegetable oil leads to around 80% higher emissions on average than the fossil diesel it replaces. This assessment is based on biodiesel’s lifecycle emissions, which include land-use change emissions (ILUC). ILUC occurs when new or existing cropland is used for biofuel production thus displacing the current use of that land. This phenomenon leads to peatland drainage and deforestation in order to make lands available for cropping, thereby causing carbon sinks to be opened. In 2015, biodiesel was the most popular biofuel in Europe with a market share of 80%.

Palm oil has the highest greenhouse gas emissions of all the sources of biofuel for transport – three times the emissions of fossil diesel. The use of palm for biodiesel has accelerated its production, mainly in Southeast Asia but also in Latin America and Africa, causing deforestation and peatland drainage. Today motorists are the top consumers of palm oil in Europe, according to figures from industry analyst OILWORLD. In 2015, 46% of all the palm oil used in Europe ended up in the tanks of cars and trucks.

Cristina Mestre concluded: “The EU needs to stop all incentives that artificially create demand for vegetable oils in the transport sector. Any solution that involves only banning palm oil ignores the fact that it will simply be replaced by rapeseed or soy, which also produce higher emissions than regular diesel. The European Commission now knows that it has political support for a quick phase out of crop-based biofuels.” 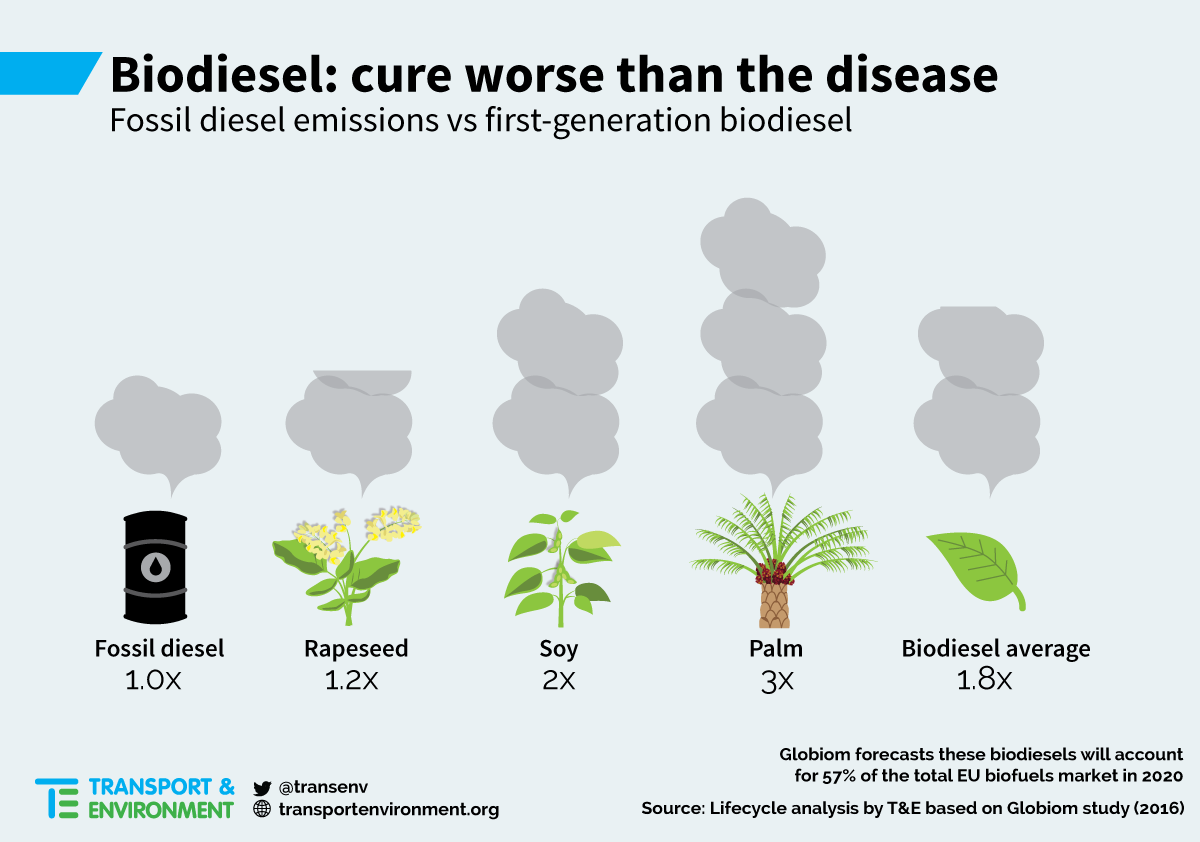