But as member states also hammer out their final position, clear battle lines are being drawn between those seeking to reform the discredited system of car approval and those seeking to retain the status quo. This briefing (which can be downloaded below) and infographic summarise the key position differences between the Parliament and national governments. 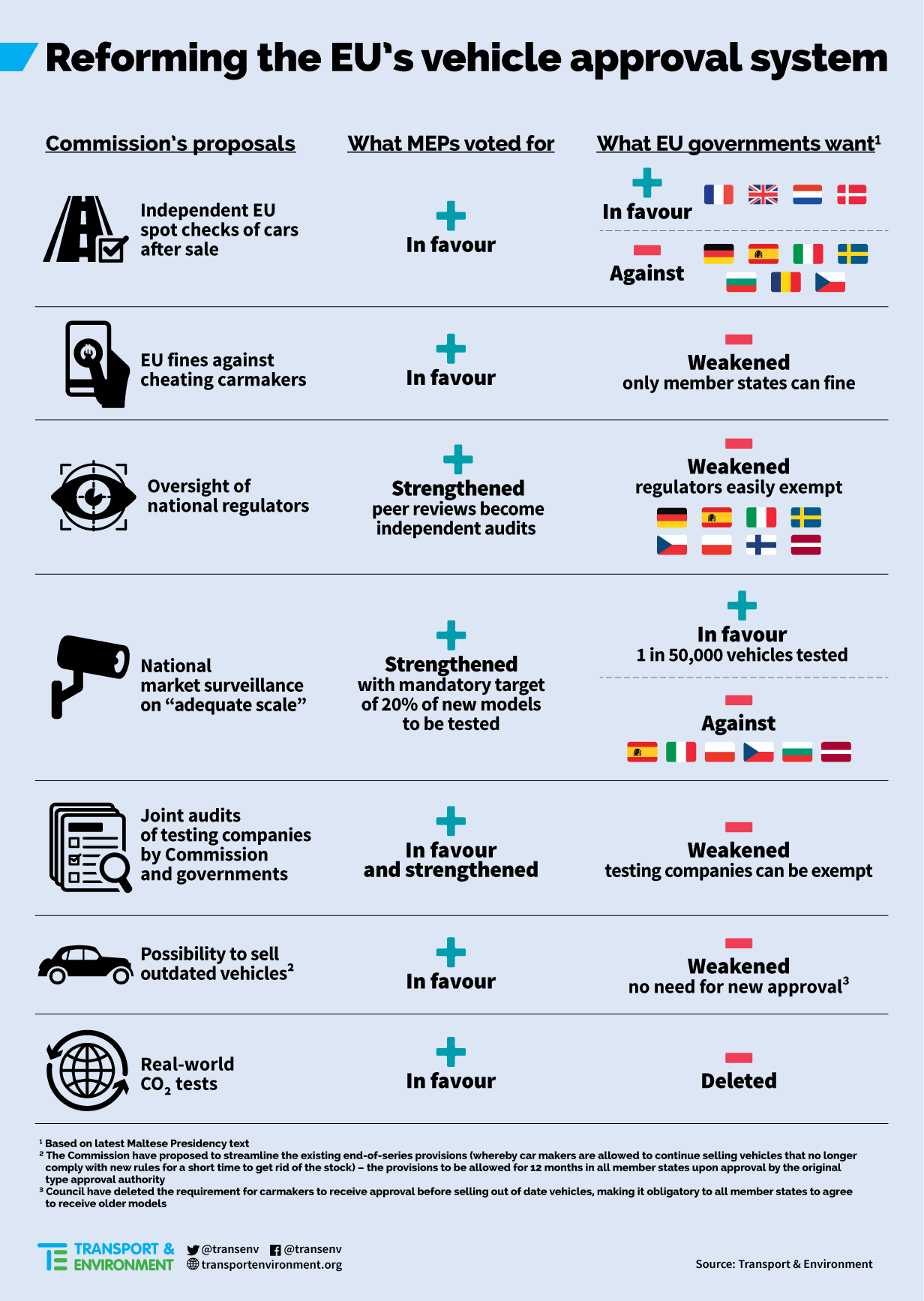