Last revised in 2003, that directive contains a tax exemption for jet fuel. While several member states expressed support today for ending this exemption, Greece, Cyprus and Malta sounded notes of caution. As EU tax laws require unanimous agreement, an end to airlines’ EU-wide tax holiday is far from certain and could take several years of negotiation. T&E said that, with aviation emissions continuing to soar, such a delay is unacceptable.

Jo Dardenne, aviation manager at T&E, said: “The countries already willing to end aviation’s tax holiday mustn’t be held back by a few member states. These progressive countries should now agree bilaterally to tax aviation, which could bring in over €2 billion and save 2 million tonnes of CO2. The work towards an EU-wide tax can continue in parallel.”

Last month nine European governments called on the Commission to price aviation better. T&E analysis shows that if these countries, and those which already tax aviation domestically, were to agree bilaterally to tax jet fuel it could generate over €2 billion a year in revenue and save 2 million tonnes of CO2 emissions.[1] 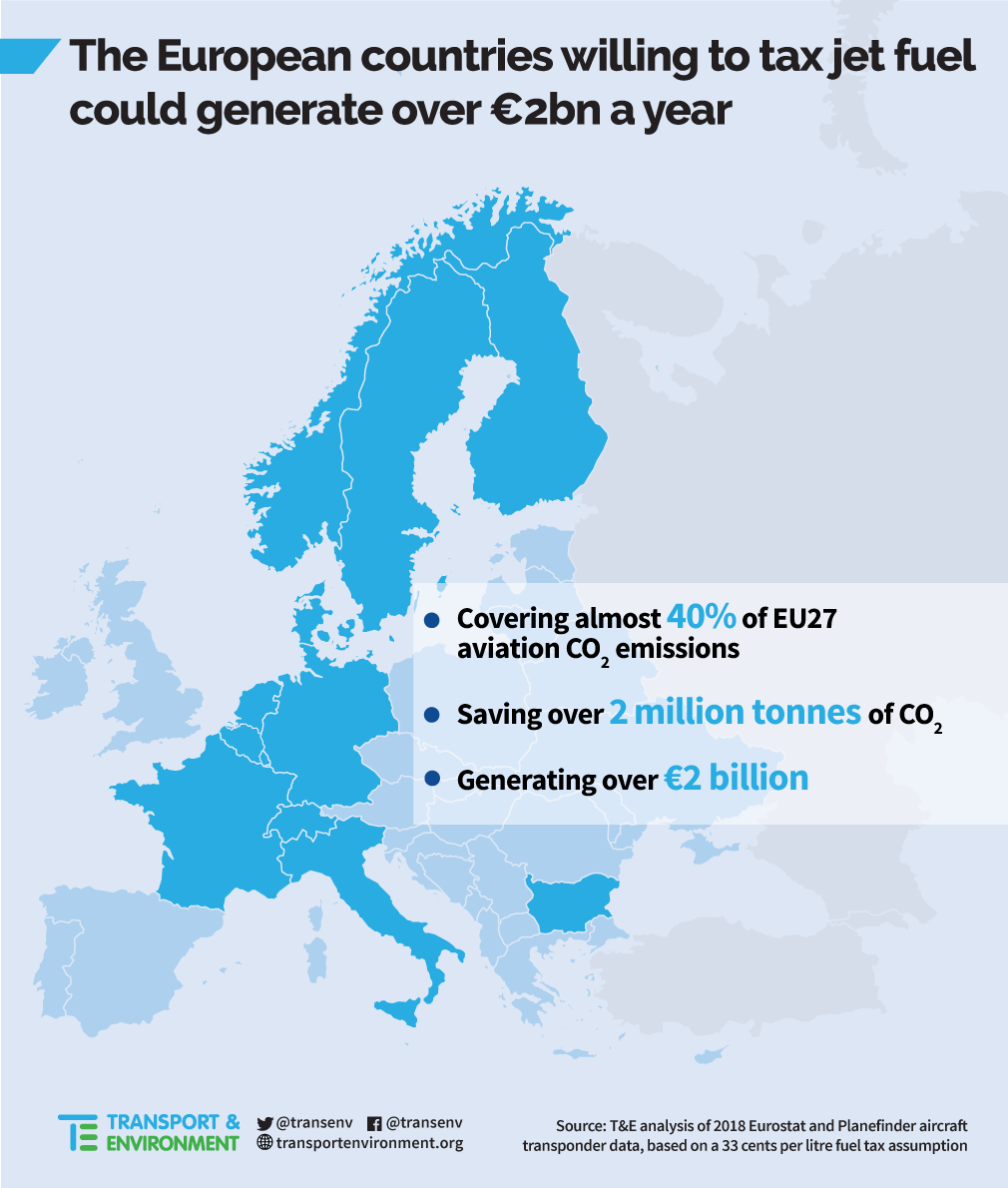 The emissions of all flights departing from EU airports have grown from 1.4% of total EU emissions in 1990 to 3.7% today. If unmitigated, aviation emissions are expected to double or triple by 2050 and, in doing so, consume up to one-quarter of the global carbon budget under a 1.5 degree scenario.

– The countries included in our analysis are the ones who signed the recent political statement on aviation pricing, as well as Finland. (Despite it not signing the letter due to its impartial position while holding the presidency, Finland has previously stated a preference for taxing the aviation sector.)

– The reduction of the number of passengers due to the implementation of the tax was taken into consideration. The UK was excluded from our calculations due to Brexit uncertainties.

– Outermost territories were excluded from the calculation, as well as Canaries Islands, Azores and Svalbard (Norway) given they are not included in the current scope of the ETS.