Airline contrails warm the planet twice as much as aircraft CO2 emissions, according to a new EU study. The research from leading scientists finds non-CO2 emissions, such as nitrogen oxides, water vapour, soot and black carbon, from jet engines were responsible for two-thirds of aviation’s climate impact in 2018. T&E and over 30 other NGOs said it shows the need for non-CO2 emissions to finally be addressed.

Jo Dardenne, aviation manager at T&E, said: “It confirms that carbon emissions are only the tip of the iceberg when accounting for aviation’s climate impact. Contrails and other non-CO2 effects of aviation need to be urgently tackled to avert climate crisis.”

The EU report goes further than previous scientific studies of non-CO2, and makes recommendations on measures which could be used to rein in these effects. That includes using clean fuels to reduce the amounts of pollutants released by jets and changing flight paths to lower altitudes, where contrail formation is avoided. In Japan, for example, rerouting less than 2% of flights reduced the warming effect of contrails by nearly 60%.

The report also says the EU could require the blending of e-fuels into all jet fuel sold in European countries, a measure which the European Commission is considering to boost the deployment of clean fuels for aviation. 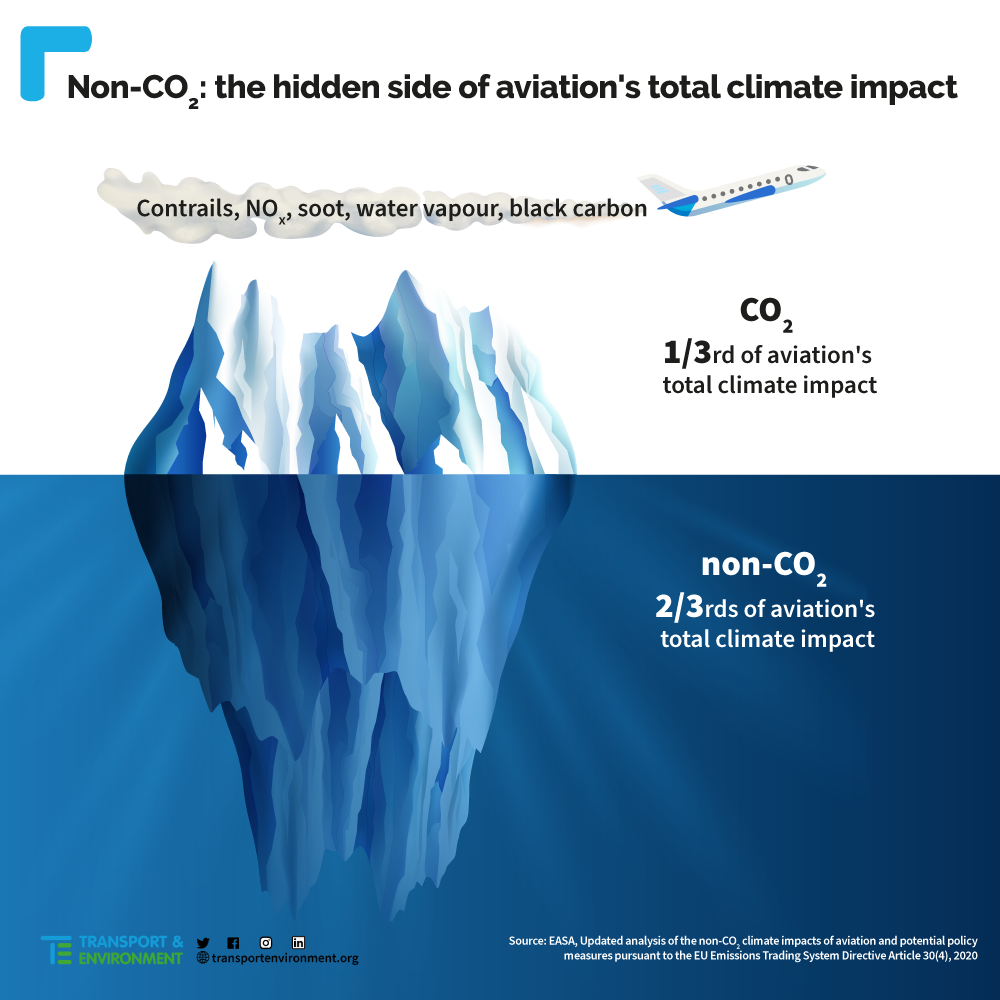 While the findings are an acknowledgement by the Commission that contrails need to be addressed, T&E said the EU cannot afford to wait five to eight years to take action, as the report proposes. The recommended measures should be included in the Commission’s upcoming Sustainable and Smart Mobility Strategy, due next week.

T&E also proposed that contrail avoidance be prioritised in the revision of the Single European Sky, given its potential to soften aviation’s climate impact. Pricing non-CO2 emissions can also incentivise airlines to use eco-friendly flight paths.

Jo Dardenne added: “The European Commission was first tasked with addressing the non-CO2 emissions of flying in 2008. It shouldn’t waste any more time in implementing the solutions that are available today.”