The second breakdown in talks within a week is the result of the Austrian presidency putting its own interests and those of the German car industry and their operations in Eastern Europe ahead of those of the whole of Europe. Specifically the presidency of the EU led by the Austrian government:

1. Refused to change its proposal to massively increase the credits given to plug-in hybrid cars, which would promote sales of large, heavy cars with small batteries that are often not charged;

2. Refused to compromise on its proposals that plug-in cars would count double when sold in central and eastern Europe, encouraging fraud within the single European market with cars being registered in these countries but sold immediately after in other countries;

3. Refused to accept that the new regulation needs to be enforced on the road with real-world checks, not just in the discredited lab tests.

Overall T&E have calculated the deal on offer from the Austrians, taking into account flexibilities they proposed, was only equivalent to a 24% reduction in emissions between 2020 and 2030; substantially less than the 40% voted by the entire Parliament.

Julia Poliscanova, clean vehicles manager of T&E, said: “The Austrians were offering a rotten deal, which would cut the ambition of the law almost in half by introducing a series of blatant loopholes. This was never going to be acceptable to Parliament. To negotiate a deal all three parties need to want to agree – but only Parliament came to the table with a constructive attitude. We urge EU countries and Commission to start negotiating seriously.”

A key sticking point was Austria and the Commission blocking proposals to introduce real-world checks to prevent a repeat of the ongoing debacle of the 95g regulation, in which CO2 emissions have been lowered by a third in lab tests since 2008 but only 10% on the road. The Commission did apparently accept that real-world compliance tests should be introduced but, laughably, only after 2030.

Julia Poliscanova added: “This regulation illustrates the problem of countries that claim to want to avoid climate catastrophe but always put the short-term interests of industry ahead of those of their citizens. Austria, Germany and the Commission pay lip service to climate action in Katowice but their action back home shows where their priorities really lie.”

To be in line with Paris climate objectives the EU need to sell the last car with an engine in the early 2030s.

Transport is Europe’s biggest source of carbon emissions, contributing 27% to the EU’s total GHG emissions, with cars and vans representing 52% of these, according to the European Environment Agency. 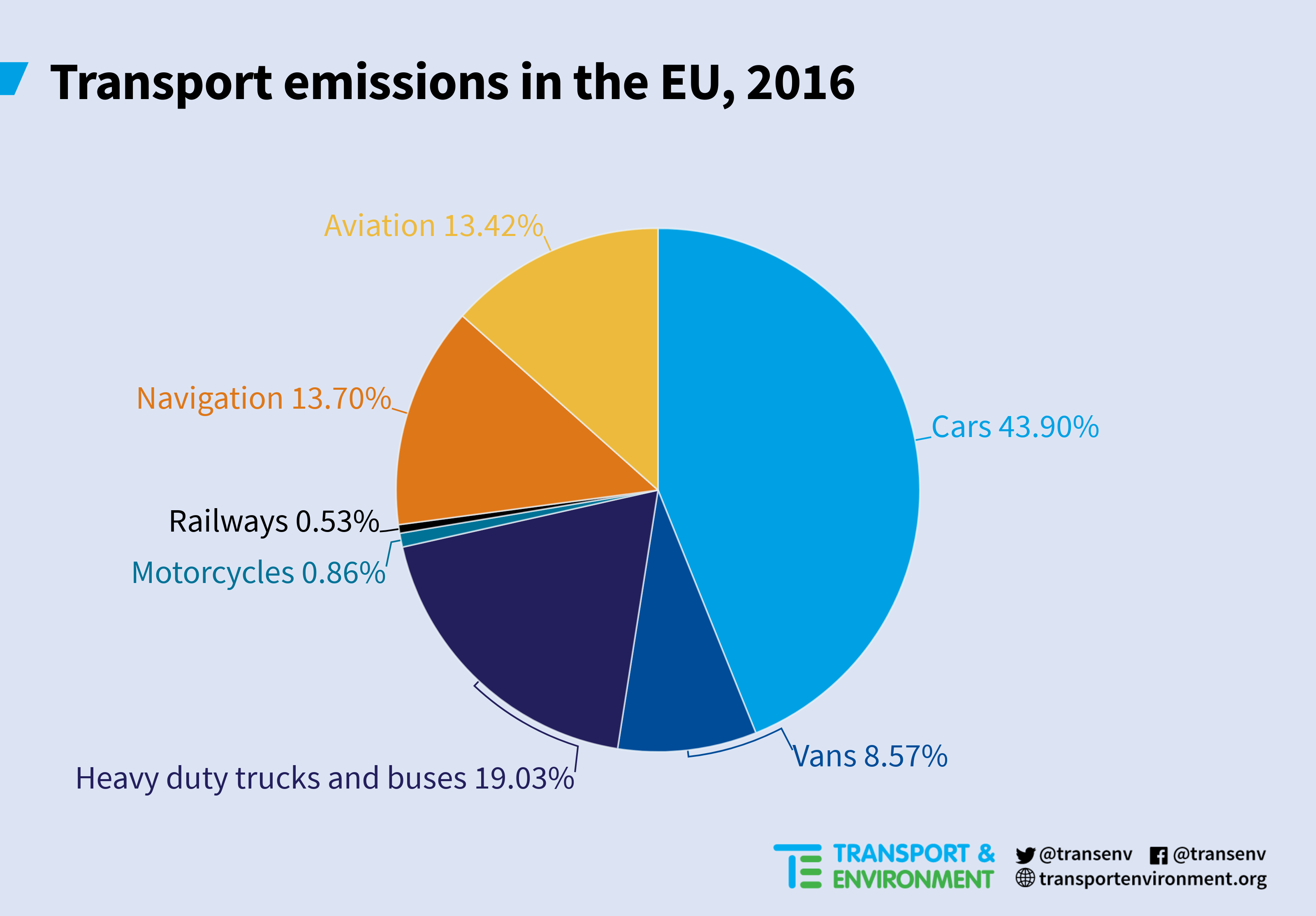