Currently European governments and the European Parliament are discussing their position on the largest climate tool, the so called Effort Sharing Regulation. It sets targets for transport, buildings, agriculture and other sectors by 2030. Some countries are defending positions that would reduce the ambition of the tool by half. In T&E we commissioned a study to know what target these sectors should have by 2050 to keep global warming below 2ºC. The results of the study, that shows that the EU should reduce -95% the emissions of these sectors by the middle of the century, makes clear that European governments should not try to destroy the existing Commission’s proposal for the Effort Sharing. Countries should find the way to share the burden while preserving the level of ambition. 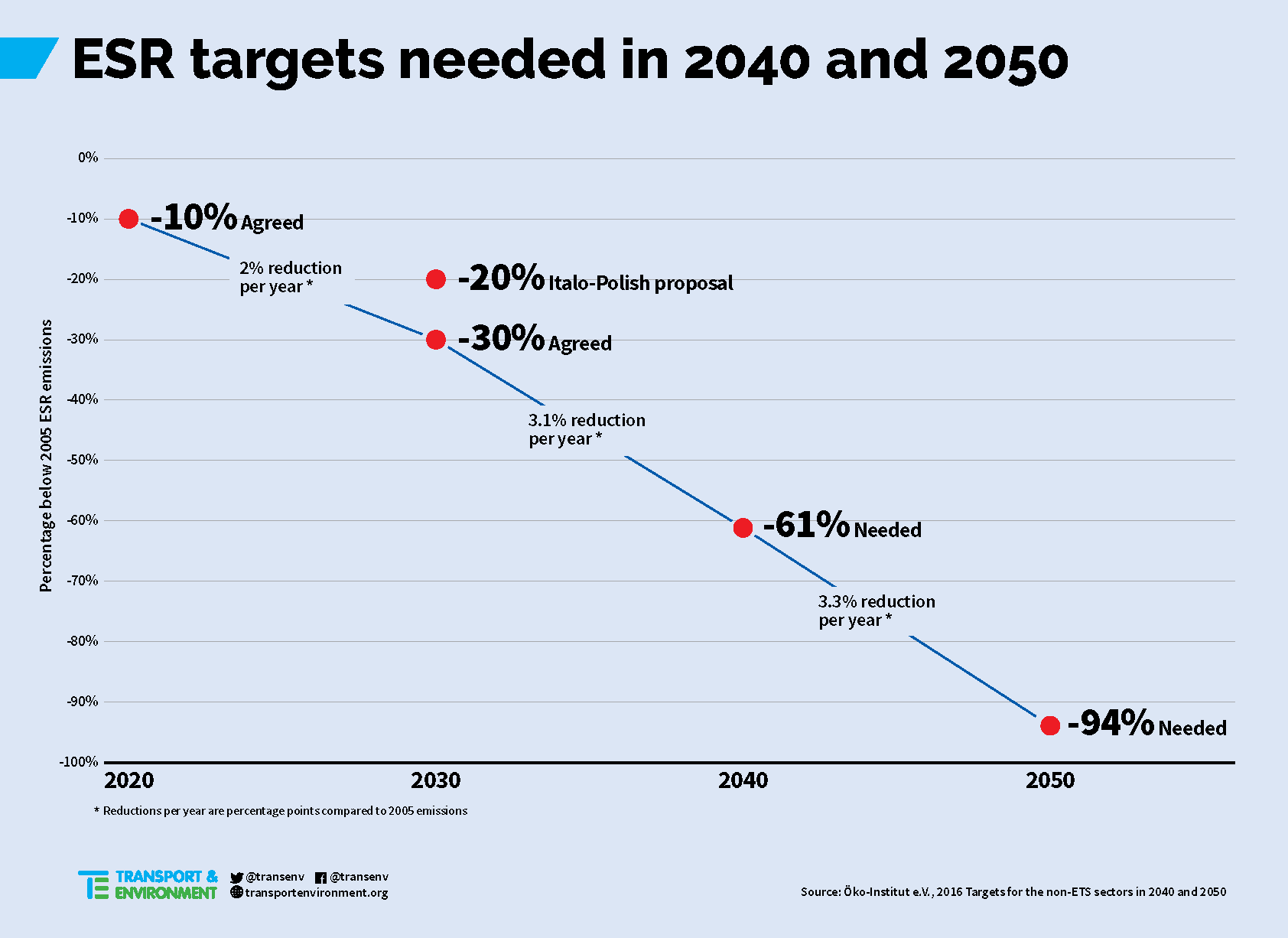