The EU can afford to be far more ambitious in pricing emissions of long-distance voyages, the report finds, and use the revenues to fund the uptake of greener technology in the shipping sector.

While it seems likely the EU will add shipping to its carbon market, it is less clear which voyages will be covered. The options range from inter-European trade only to complete coverage – known as ‘full-scope’ – of all incoming and outgoing trips.

To avoid paying for pollution permits on intercontinental voyages, shippers warn they could simply evade the EU’s carbon pricing by stopping at neighbouring non-EU countries, such as Morocco, before reaching Spain, and then only buy permits for the short, final leg of that voyage. But as T&E’s analysis of tens of thousands of port combinations shows, the savings from evading a ‘full-scope’ ETS would be just 7%, due to extra costs including fuel and port charges. And with carbon pricing covering only half the long-distance voyages (‘semi-full scope’), the benefits of evasion are non-existent. 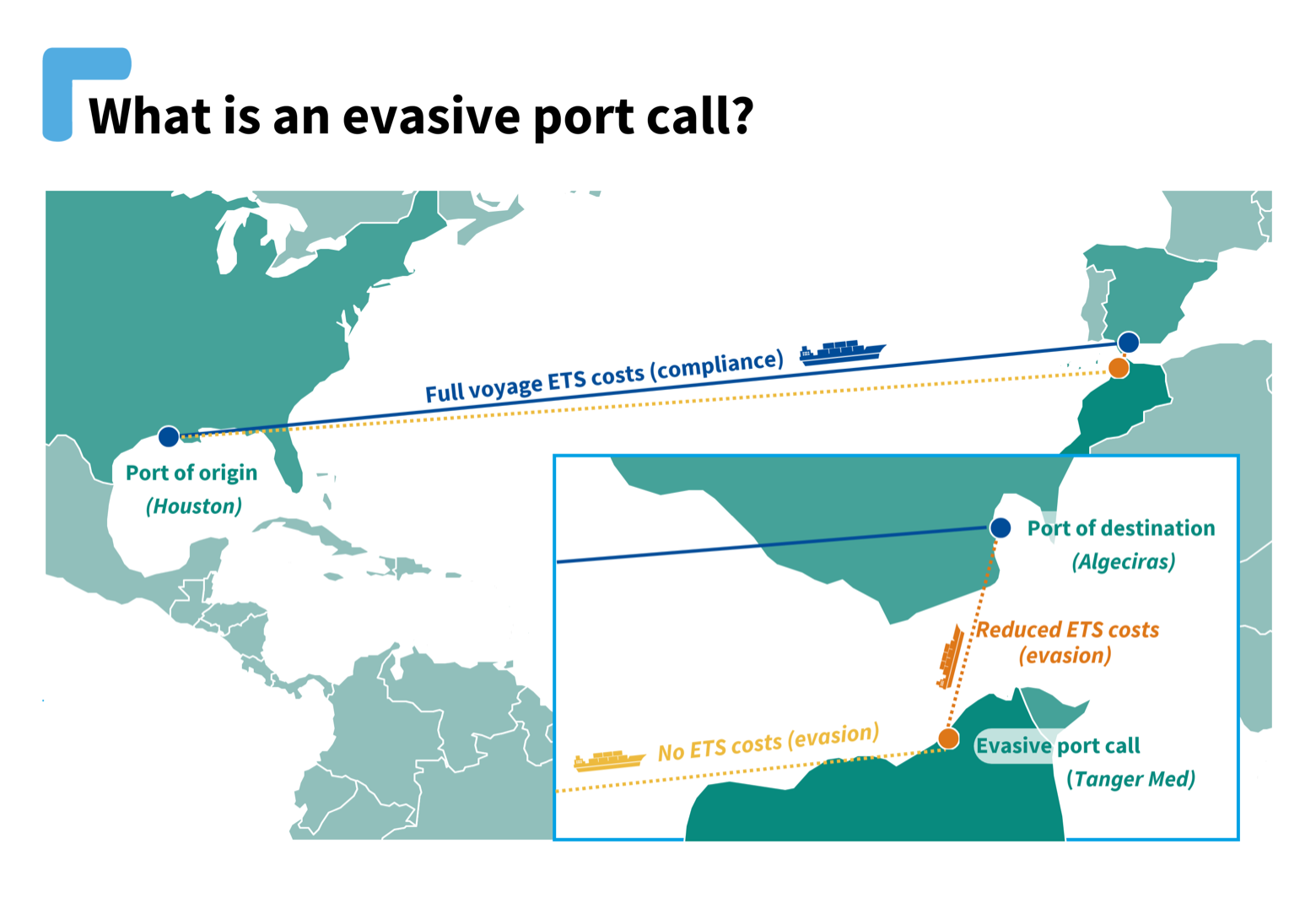 Sofie Defour, shipping officer at T&E, said: “The study demonstrates that EU regulators have little to fear from shipping companies evading the bloc’s carbon market to make non-existent savings. At the very least, the EU should be taxing half of shipping’s long-distance emissions. It’s high time the sector started paying for its pollution.”

T&E’s report also casts doubts on shipping industry claims that new climate pollution charges would damage the ‘backbone of world trade’. Under a carbon market with complete coverage (full-scope) of shipping emissions, pollution permits for a container going from Spain to Singapore would account for less than 2% of the overall transport cost. At ‘semi-full’ scope, covering half of incoming and outgoing voyages, this would drop to 1%. 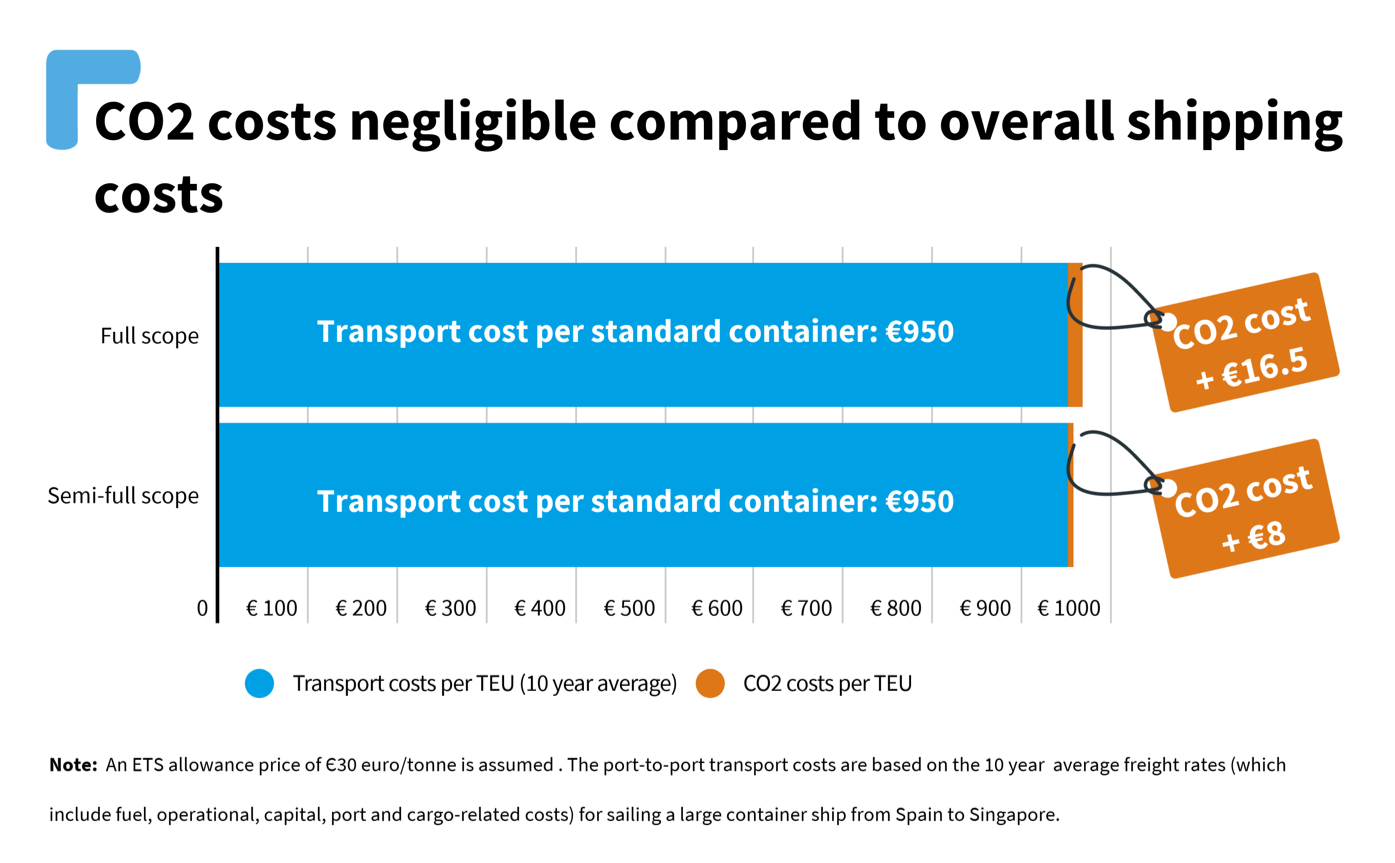 Sofie Defour argues: “Shipping companies are predictably trying to avoid paying more for their polluting activities despite evidence showing minimal costs of compliance. At a time when container carriers are recording sky high profits, T&E’s findings can embolden policymakers to push for a wider coverage so that more revenues can be reinvested into greening the sector.”

According to Ms Defour, this is crucial. Money raised from the shipping ETS could be used to help deploy zero-carbon vessels and fuels, as well as the relevant infrastructure in European ports. As fossil fuels are currently much cheaper than the green hydrogen and ammonia, EU support will be needed to make the switch.

The European Parliament has approved draft legislation to include emissions from ships in the ETS from 1 January 2022 while the Commission has launched an initiative to renew the ETS and extend its scope to the shipping industry. The initiative is currently in the public consultation phase, which closes on 5 February 2021.