Unlike road transport, particularly truckers and motorists, local and foreign airlines in Europe have never paid a single cent of excise duty on the fuel they take on at EU airports. Airlines are not even taxed on domestic flights where, the report shows, taxation barriers were lifted in 2003. In contrast, jet fuel taken on for domestic aviation has been taxed for many years in countries such as the US, Australia, Japan, Canada and even Saudi Arabia. 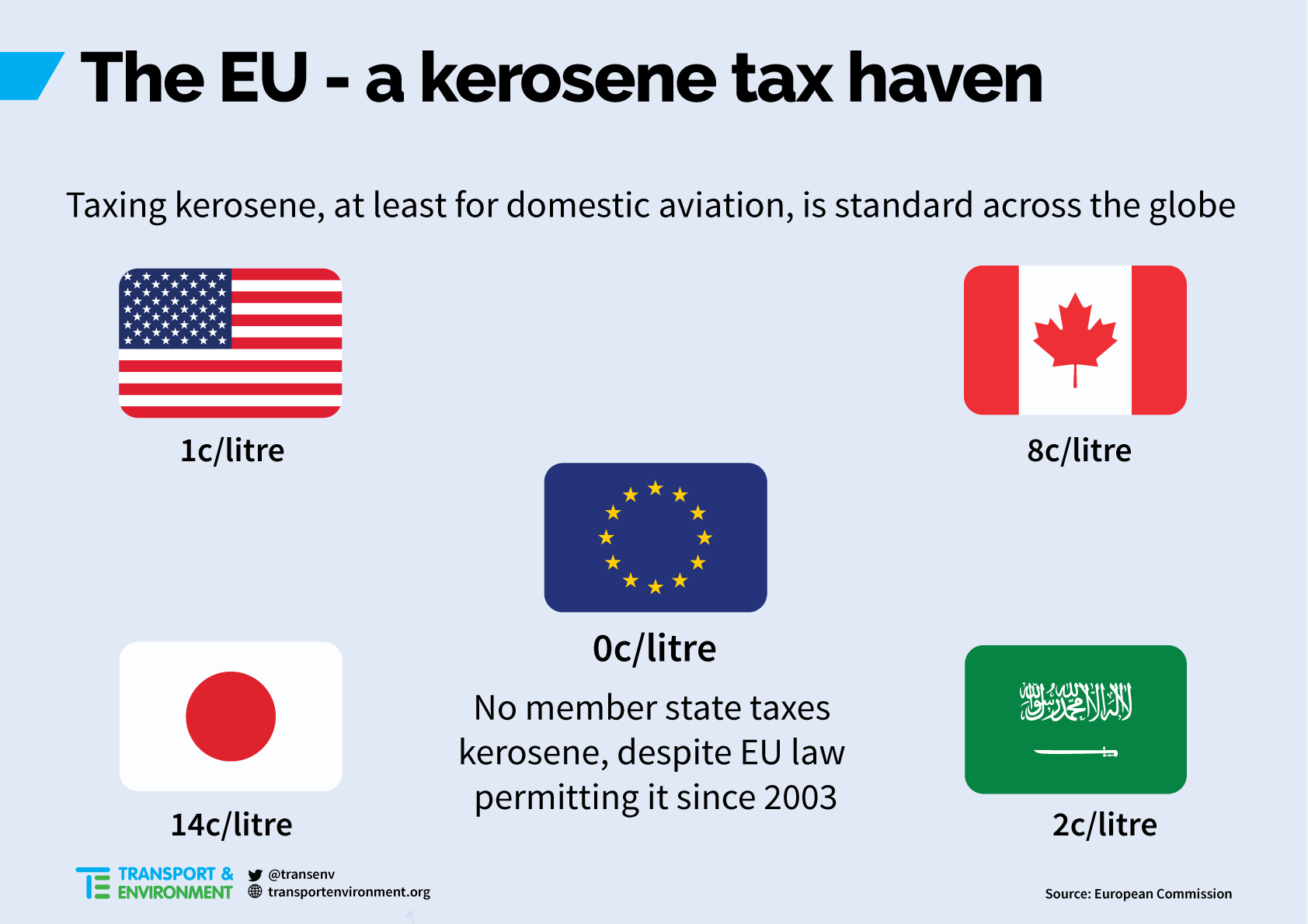 Contrary to the aviation industry’s claims, the leaked study notes that the Chicago Convention [2] “does not explicitly prohibit the taxation of jet fuel”, only the taxation of fuel remaining on board an aircraft upon arrival from another state. T&E says that member states have long had the power to start taxing kerosene, but have failed to do so.

The European aviation sector is heavily undertaxed compared to other regions. Over 20 EU states don’t tax international aviation at all. [3] Whereas in aviation markets in North America, the Middle East and Asia, domestic kerosene is taxed or VAT/sales taxes or ticket taxes apply. Member states have had the option since 2003 to tax kerosene uplifted for flights within Europe by using bilateral agreements. EU finance ministers meet in The Hague 20-21 June for an unprecedented two-day summit on aviation taxation

Bill Hemmings said: “Flying is the fastest way of frying the planet. The kerosene tax exemption subsidises frequent fliers and business travel, fueling runaway emissions and depriving government budgets. It’s high time finance and climate ministers woke up to this reality and put an end to it.”

Transport is Europe’s biggest climate problem, representing 27% of the bloc’s greenhouse gas emissions. Aviation CO2 emissions grew 4.9% within Europe last year – while emissions from all other industries in the ETS fell 3.9%. CO2 from flying in Europe has soared 26.3% in the last five years – far outstripping any other EU emissions source.