Right now Europe regulates airline emissions from all flights within Europe through its emissions trading system (ETS). Some EU states also levy ticket taxes on flights, and many are considering taxing jet fuel. But, this week, the UN aviation agency ICAO will decide on a resolution threatening Europe’s right to adopt more effective regional measures to reduce the climate impact of flying, including ticket and fuel taxes.

If the EU follows industry and ICAO pressure and drops its own measures to tackle aviation CO2, and uses only a new UN carbon offsetting scheme instead, airline emissions in Europe will increase by 683 million tonnes of CO2 over 10 years, according to independent research for T&E. That’s the annual carbon pollution of France and Poland combined. Relying solely on the ICAO scheme, known as Corsia, will prevent the EU meeting its commitments under the Paris climate agreement. 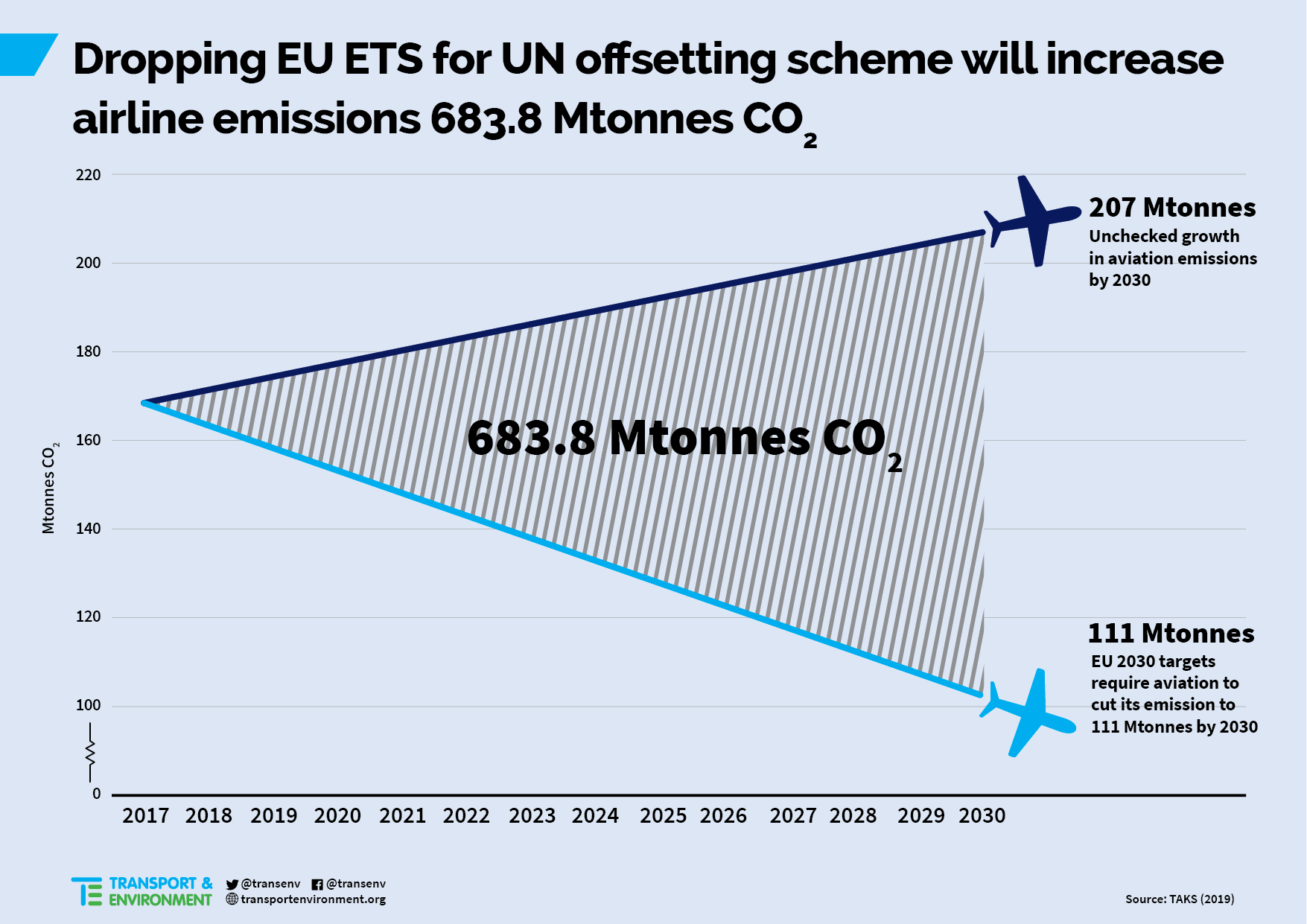 Without European regulation of aviation emissions, airline polluters would only need to buy carbon offsets under Corsia, which means that they would pay for emissions reductions elsewhere so they can continue growing theirs. T&E said that the use of carbon offsets, which already have a chequered history, will prevent the global economy from reaching net zero emissions by 2050 at the latest, which is required to avoid catastrophic climate change.

T&E’s aviation manager, Andrew Murphy, said: ‘If the EU wants to do more at home about fast increasing airline emissions, that is something to be welcomed and not subject to debate. But this is what we have come to expect from ICAO: blocking, not supporting, action to rein in aviation’s climate impact.’

Later this week, EU countries can still file a reservation that will ensure it can go on regulating aviation pollution at home. This is an opportunity for those European governments, and for the European Commission, to state clearly its intention to take the steps necessary to cut aviation emissions.

A failure to defend Europe’s right to regulate will be a poor start to the new Commission and Parliament relationship. Last month the chairperson of the parliament’s environment committee, Pascal Canfin, asked: ‘Will the EU take the risk of giving up its sovereignty and its ability to make aviation contribute more to the fight against climate change?’