At the heart of the problem is that all laboratory tests still include too much interpretation and a lack of independent supervision of tests so blatant breaches of the rules are not stopped.  Whilst the new WLTP test addresses some loopholes, its introduction also creates new flexibilities that the car industry are exploiting to undermine both the current regulation to 2020/1 and proposed future regulations for 2025/30. Specifically, the industry plans to double test cars using the old NEDC test (for compliance with 2020/1 targets) and WLTP (to establish the baseline for proposed 2025 targets). This will enable them to optimise both tests to produce low NEDC values whilst inflating the 2020 WLTP baseline. By raising the WLTP lab results by 10g/km, more than half of the fuel savings benefit of the Cars CO2 regulation to 2025 is eliminated.

The solution is to measure real-world fuel efficiency using fuel consumption meters or real-world tests, which will reduce the manipulation of regulations. The Commission’s own experts recommended such an approach but the Commission failed to follow through with effective proposals and are opposing strong controls. Co-decision makers in the European Parliament and Member States now need to finish the job by amending the post-2020 car and van proposals. If the WLTP loopholes in the regulation are closed, the EU will save an additional 108 Mt CO2eq in cumulative emissions between 2020 and 2030.  If the loopholes are not closed, the fuel burned to produce these emissions would cost drivers an extra €57 billion and real-world emissions will only reduce by 12% between 2020/1 and 2030, which is a huge blow to the goal of tackling transport CO2 emissions. Raising the real-world CO2 reduction to 50% would increase those benefits to 507 Mt CO2eq and €220 billion respectively.

The manipulation of the WLTP test to uplift measured values is extremely unlikely to have happened without collusion between companies. Reporting higher CO2 emissions would be a competitive disadvantage as cars are taxed on the basis of their CO2 emissions. The evidence presented here, supported by a non-paper from the European Commission, shows that elevating CO2 emissions on the WLTP test is clearly happening. This strongly suggests there must have been agreement between carmakers that all would adopt similar practices. Ongoing cartel investigations must be extended to investigate this issue. 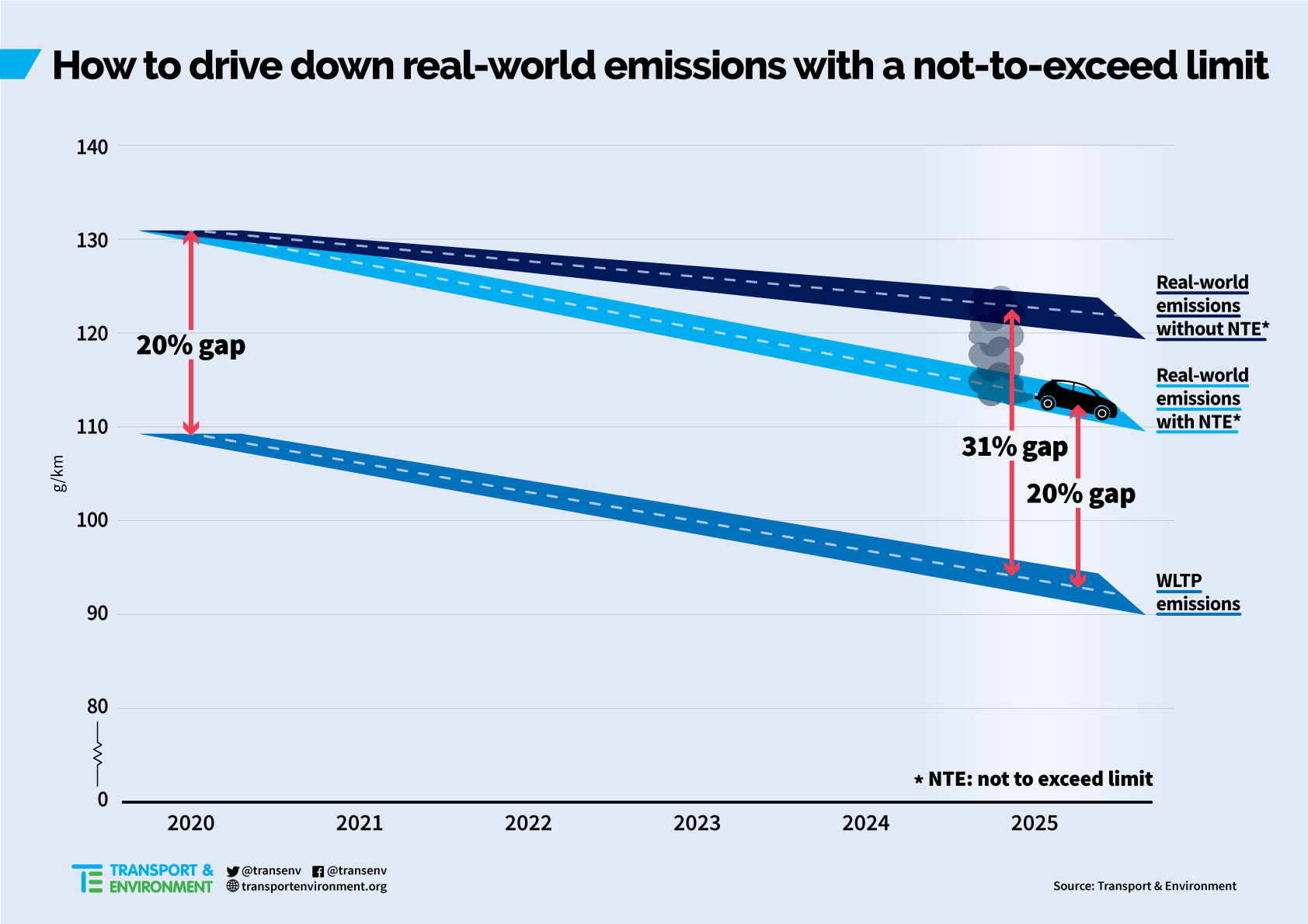