Also known as power to liquid, electrofuels are electricity and CO2-based liquid fuels which can be used in internal combustion engines. But an independent study by consultancy Cerulogy found that, to power Europe’s road transport fleet with liquid electrofuels, the EU would have to generate one and a half times more than its current total electricity production. All of this electricity would have to be renewable. The study concludes that electrofuel generation cannot realistically be scaled up to the levels needed to fuel the European vehicle fleet – let alone the global one.

However, the findings also suggest electrofuels could supply a limited amount of aviation’s growing energy needs. To meet half of Europe’s 2050 aviation’s energy needs would require 24% of the current European electricity generation. 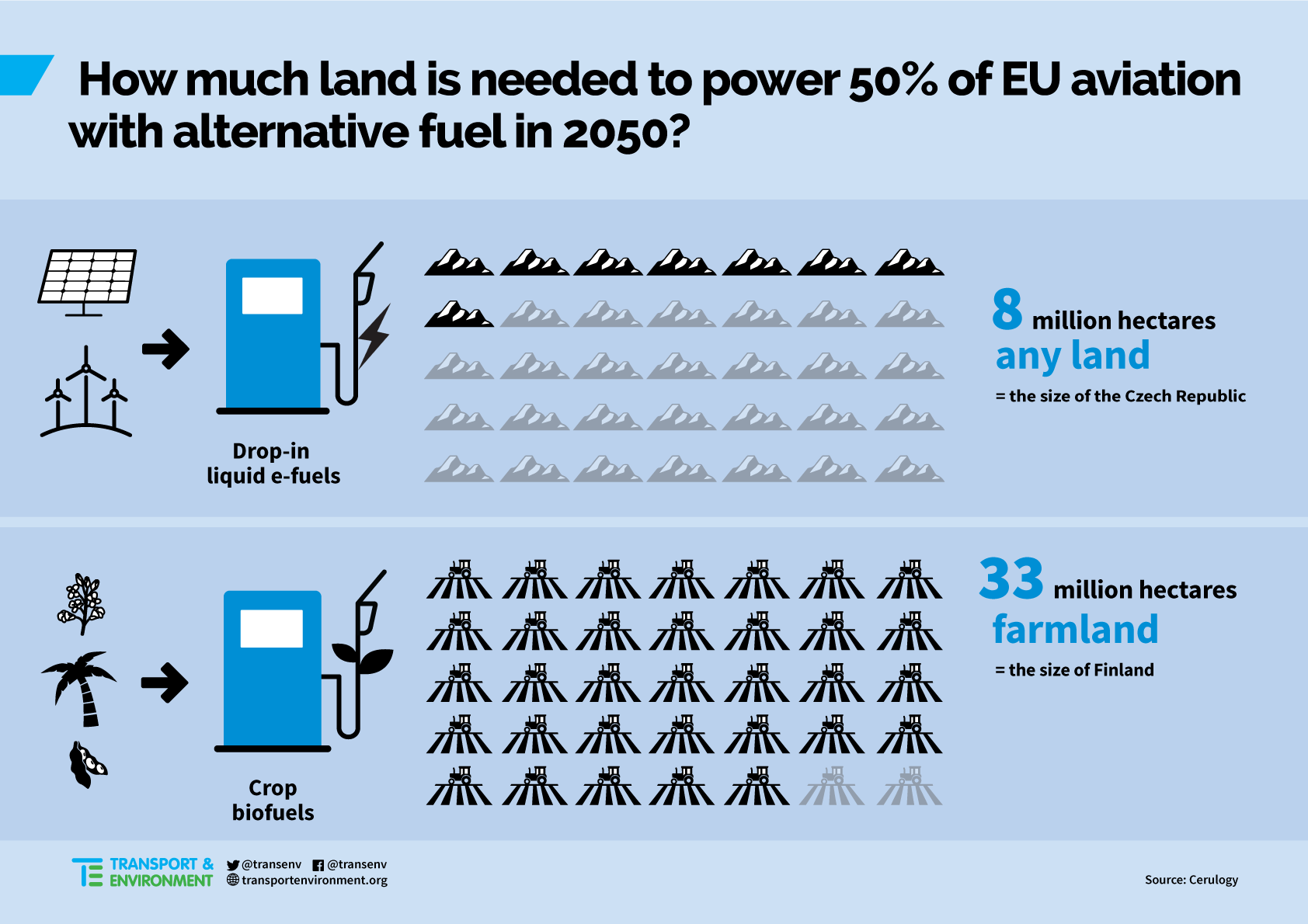 Again, the electricity would have to come from new renewable sources – and with strict sustainability criteria. T&E said the EU must ensure only electrofuels produced from renewables, such as wind and solar, and from air captured carbon, can be eligible under the advanced fuels target and that it should adopt measures to avoid double counting of renewable electricity under the Renewable Energy Directive.

As the figures indicate, electrofuels could only ever supplement strong policy measures to reduce flying’s impact. Such measures include accelerated improvements in aircraft efficiency, carbon pricing, fuel taxation, and the abolition of subsidies to airlines, manufacturers and airports. T&E also said that as electrofuels will remain significantly more expensive than fossil fuels, a mandate or low-carbon fuel standard would be needed to drive their use.

T&E’s analysis and climate manager, Carlos Calvo Ambel, said: ‘Given the huge past and predicted future growth of air travel, plus the few obvious alternatives to conventional aircraft engines powered by liquid fuels, the use of electrofuels for aviation should be given serious consideration. While electrofuels’ inefficiency and cost mean they are not a silver bullet, they could be a viable low-carbon fuel to meet part of aviation’s future energy demands if the right conditions are met.’