Air travel is today responsible for 5% of man-made climate change. ICAO forecasts aviation emissions will quintuple by 2050. The UN agency plan is for the industry to keep growing without increasing its climate impact from 2020, the so-called ‘carbon-neutral growth’ [1]. The main measure for such plan is to make airlines use vast amounts of biofuels to ‘green’ jet fuel. According to ICAO’s plan, the airlines would use 5 million tonnes of biofuels a year from 2025, which will be scaled up to 286 million tonnes by 2050 – more than three times the amount of all biofuels produced today [2].

ICAO lists used cooking oil, algae and other feedstocks as potential raw materials for making jet biofuels. However, there are limited amounts of these raw materials that can be sustainably sourced. Palm oil is the feedstock that can be easily sourced to supply such huge and sudden increase on biofuels demand because it is the cheapest and most widely available vegetable oil in the market today. 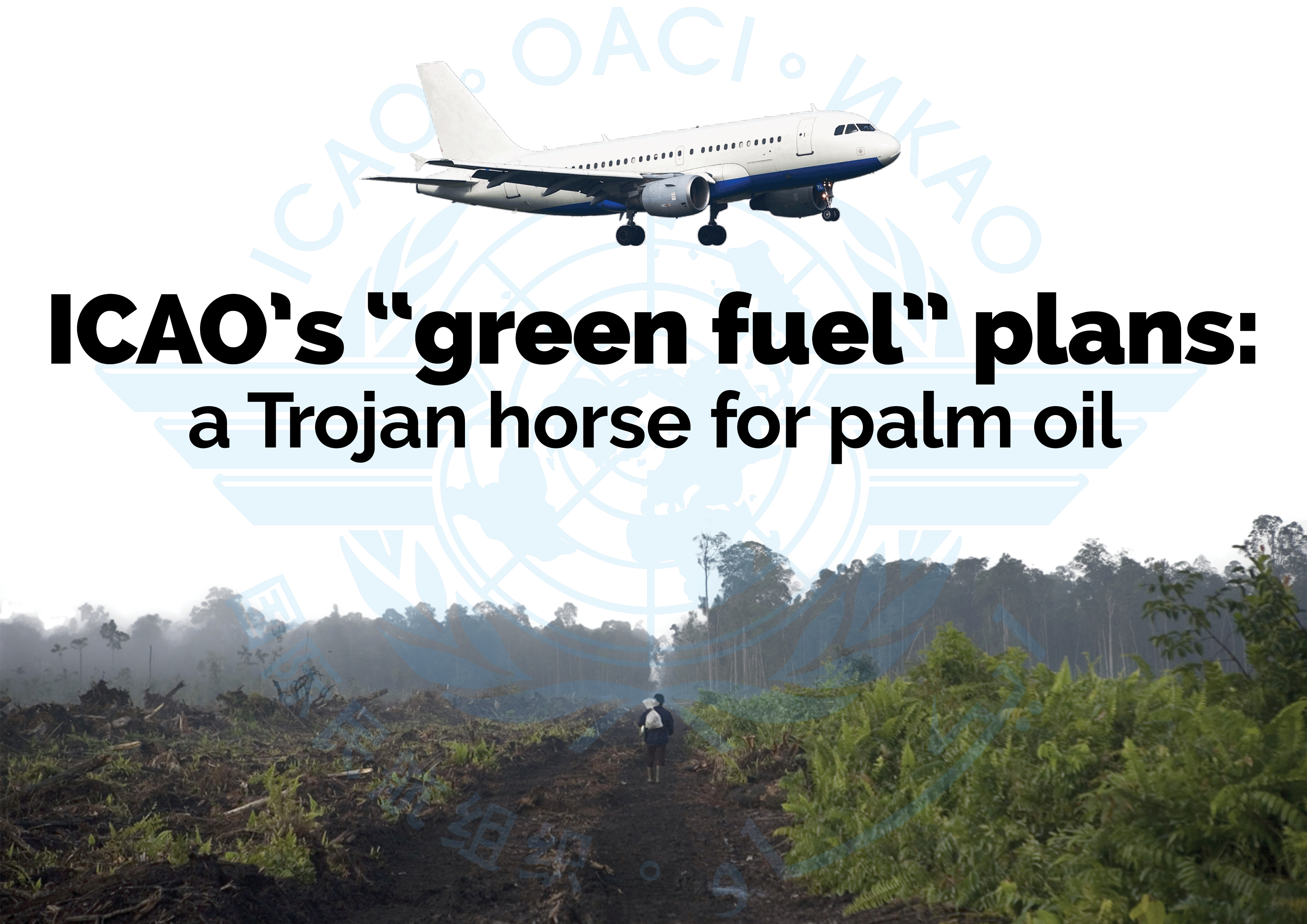 Klaus Schenk of Rainforest Rescue, said: “Citizens around the world are very concerned about burning palm oil in planes. The vast use of palm oil for aviation biofuels would destroy the world’s rainforests, the basis of life for local people and the habitats of endangered species such as orangutans. We urge ICAO to scrap its misguided biofuels plan.”

Carlos Calvo Ambel, climate and analysis manager at Transport & Environment (T&E), said: “Most biofuels are worse for the climate than jet fuel. Establishing a goal even before the rules are set out is putting the cart before the horse. We call on ICAO members to refrain from adopting biofuels targets, even aspirational ones, this week.”

Yesterday 96 environmental and development organisations from five continents wrote to ICAO condemning the UN agency’s proposal for large-scale use of biofuels in planes.