A lifecycle analysis of vehicle emissions proves that diesel cars over its lifetime emit 3.65 tonnes of CO2 more than a petrol equivalent. Diesel’s higher climate impact is due to a more energy-intensive refining of the diesel fuel; more materials required in the production of heavier and more complex engines; higher emissions from the biodiesel blended in the diesel fuel; and longer mileage because fuel is cheaper – see infographics below. 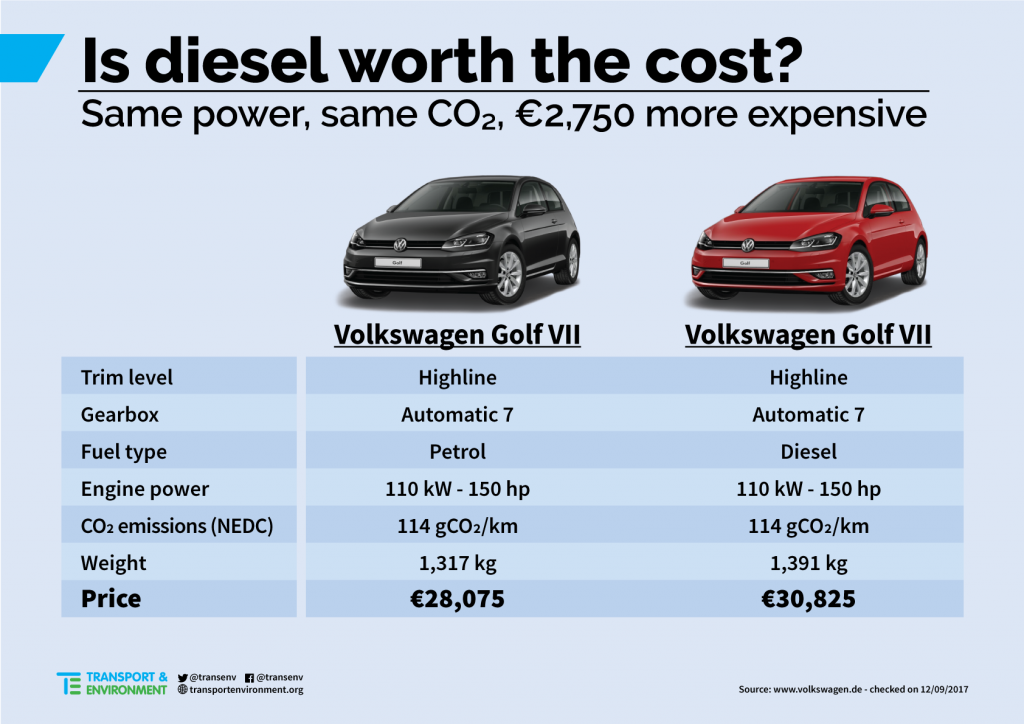 This analysis debunks carmakers’ claim that diesel cars are needed to meet their climate targets. A glance at carmakers’ marketing brochures and websites demonstrate that the difference between comparable diesel and petrol engines is negligible: from zero to a few grams of CO2. But diesel cars typically cost €2,000-3,000 more than petrol ones. Currently available alternatives such as petrol hybrid vehicles are priced similarly to diesel but emit around 20-25% less CO2.

Julia Poliscanova, clean vehicles manager, said: “Dieselgate already exposed diesel cars to be the dominant cause of toxic nitrogen dioxide across European cities that is killing 68,000 Europeans annually. Contrary to industry claims, we have learned diesel cars are also worse for the climate than petrol versions and are not needed to meet car co2 targets. Europe must now look forward and accelerate the transition to clean, electrified vehicles and consign dirty diesels to museums.”

In Europe, the car market is skewed in favour of diesels through biased regulations and unfair taxes. Whereas the diesel share in Europe is around 50%, it is a niche product in the rest of the world. Europe buys 7 out of 10 diesel cars and vans sold globally while less than 1% of new vehicles sold in the US are diesel and in China, the world’s largest vehicle market, diesel represents less than 2%. 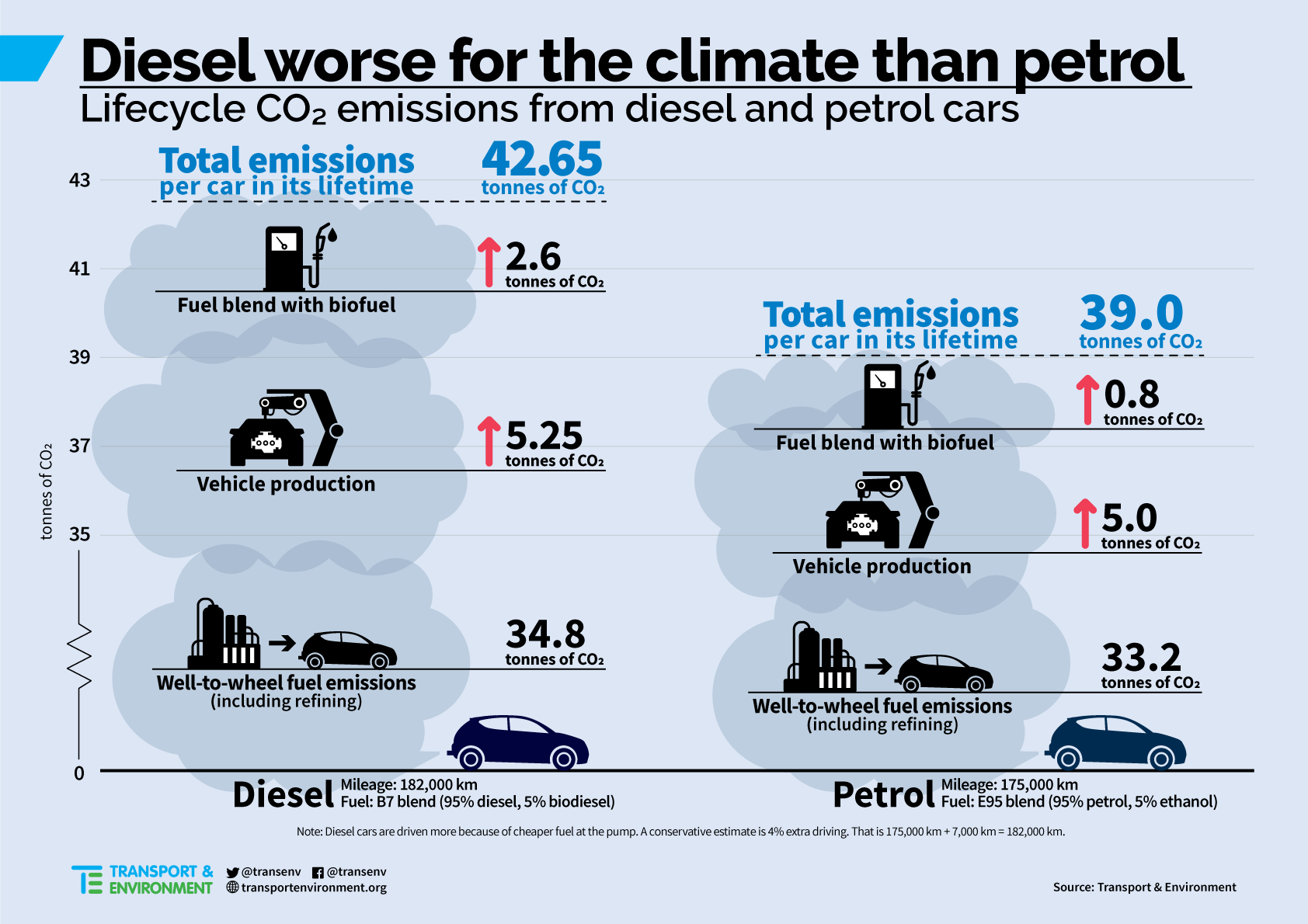 The study finds three causes for Europe’s addiction to diesel:

1. Distorted national fuel and vehicle taxes. Diesel fuel is taxed between 10% and 40% less than petrol in most countries. This “diesel bonus” costed national budgets almost €32 billion in lost tax revenue in 2016 alone;

2. Unfair EU Euro emission standards that for decades allowed diesel cars to emit more NOx than petrol. This has been exacerbated by the use of obsolete tests (recently updated) and ineffective regulatory oversight that has allowed carmakers to fit cheap, ineffective exhaust controls that they turn down or off most of the time;

Julia Poliscanova concluded: “The legacy of Dieselgate are the 37 million grossly polluting diesel cars still on Europe’s roads. While some of them will be taken off German roads, these dirty cars will soon end up in Central and Eastern Europe choking citizens there. We need concerted and coordinated action EU-wide to ensure these cars stop belching toxic fumes for another 10-15 years. It is time for the carmakers to take responsibility for their clean up and cash out for the local measures to tackle the urban air pollution crisis they have largely caused. National vehicle regulators must ensure this happens or the European Commission step in and sort out the mess.”

There are over 37 million illegally dirty cars and vans driving across Europe and the industry response is a series of incoherent software fixes in some countries without a consistent clean-up programme for customers in all 28 EU countries. Around 68,000 people die prematurely in Europe every year as a result of toxic nitrogen dioxide spewed by diesel vehicles.