Before the application of standards, the price of new trucks was rising but fuel consumption didn’t improve. After standards buyers began paying around $400 more per new truck but in return they got an average of $1,400 of additional fuel savings every year. 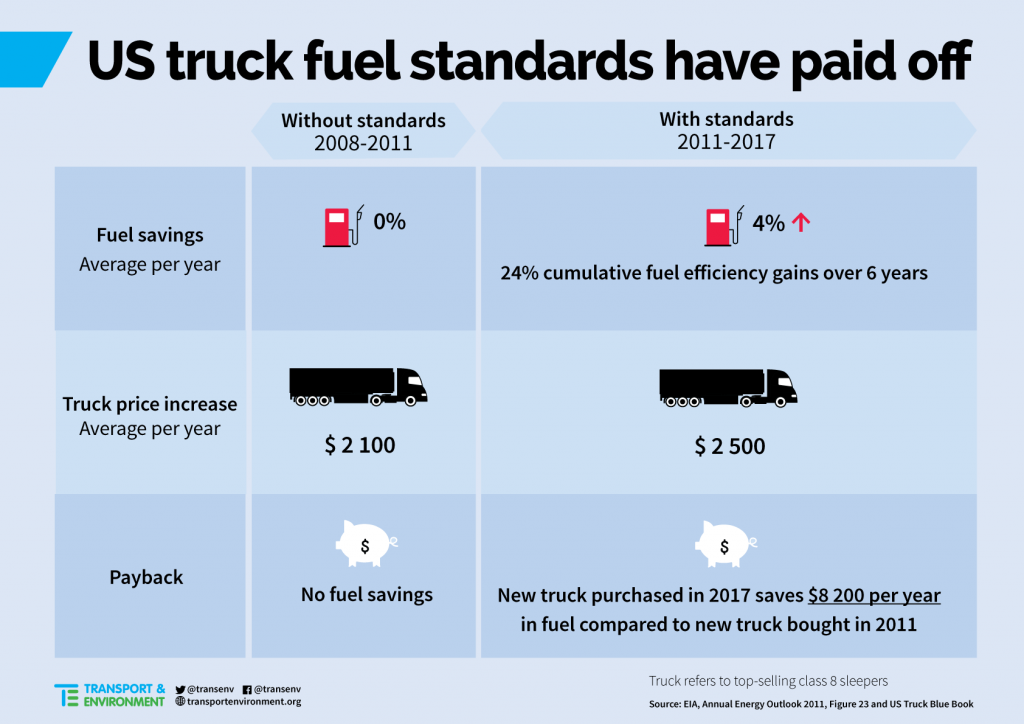 The European Commission is expected to publish a proposal to regulate, for the first time, CO2 emissions from trucks in May 2018. Unlike cars and vans, trucks don’t yet have to comply with CO2 standards in Europe. European hauliers spend on average €32,000 a year per truck on fuel. While the US, Japan, China and Canada have CO2 standards in place, the fuel efficiency of trucks in Europe has remained stagnant for the past 20 years.

Stef Cornelis, cleaner trucks officer at T&E, said: “These findings show that truck standards can be a win-win-win for the climate, the industry and the freight sector. Europe is lagging behind in the race to make more efficient trucks and time is up. The European Commission must act quickly and decisively this year to make sure proposed standards are ambitious and effective”.

Trucks represent less than 5% of all vehicles on the road in Europe but are responsible for around a quarter of road transport’s greenhouse gas emissions.