The expected scale up of electric car production is good news for the European economy. From battery and electronics manufacturing to the deployment of private and public charging infrastructure, Europe has the chance to lead in one of the 21st century’s defining technologies. According to T&E’s analysis of carmakers’ production plans, Western European countries such as Germany, Spain and France are forecasted to host the largest battery electric (BEV) production volumes in 2030. Central and Eastern European countries will also benefit with Slovenia, Slovakia and the Czech Republic expected to have the highest level of BEV production per capita. 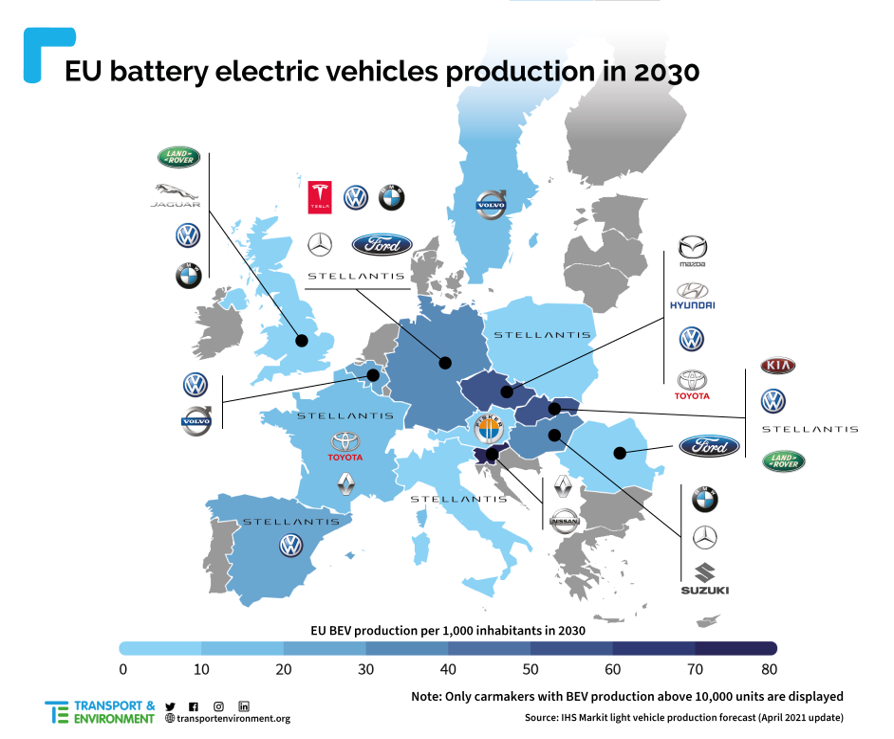 Most truckmakers have made voluntary commitments to increase the production of zero-emission vehicles. This would theoretically take zero-emission truck sales to 7% in 2025 and 43% in 2030. These pledges would exceed current EU CO2 targets (15% in 2025 and 30% in 2030).

Next month T&E will be publishing a deep-dive report on trucking’s CO2 emissions and compliance with EU targets. Follow this space.

Gas trucks are not the answer

Trucks powered by liquified natural gas (LNG) are no better for the climate than conventional diesel trucks, T&E’s new study shows. Iveco’s S-Way LNG truck emits 13.4% more greenhouse gases than its diesel equivalent, when methane is accounted for over a 20-year period. Over a 100-year timeframe, the LNG truck emits just 7.5% less than the diesel, representing significant damage in the short-term for little long-term reward. 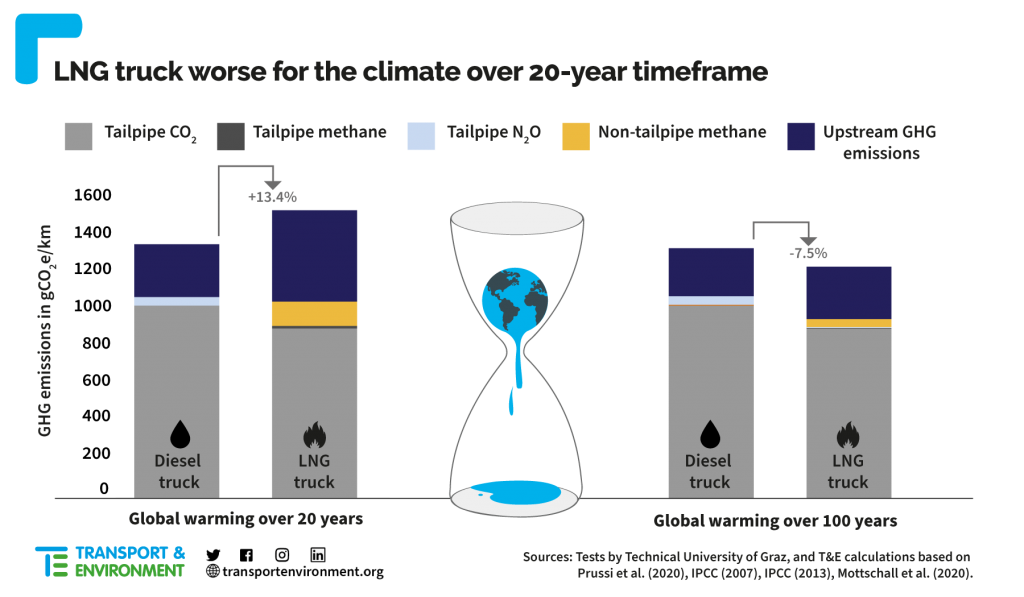 Electric car subsidies in the big 6

Electric car purchase subsidies are one of the most common forms of EV support, but they vary  significantly from country to country. France and the UK, the first countries to introduce purchase grants, have already reduced subsidies for fully electric vehicles (BEVs)and have phased out grants for plug-in hybrids (PHEVs) completely as sales have sharply increased. Germany, which has the highest purchase subsidies in Europe for BEVs and PHEVs, has committed to keeping its grants until 2025.