An earlier analysis of a European Commission study revealed that the climate impact of biodiesel from palm oil is three times that of fossil diesel because palm expansion drives deforestation and peatland drainage in South-East Asia, Latin America and Africa. [2]

Europe’s use of palm oil in diesel increased six fold between 2010 and 2014. This explosion has fueled all of the 34% growth in biodiesel consumption in Europe in that period. Europe does not produce palm oil because palm trees need a tropical climate to grow in.

Jos Dings, executive director of Transport & Environment, said: “We now know why the industry is withholding these numbers, they show the ugly truth of Europe’s biofuel policy. It drives tropical deforestation, increases transport emissions, does nothing to help European farmers and does not improve our energy security. As if Dieselgate is not bad enough, we now have a Biodieselgate on top.” 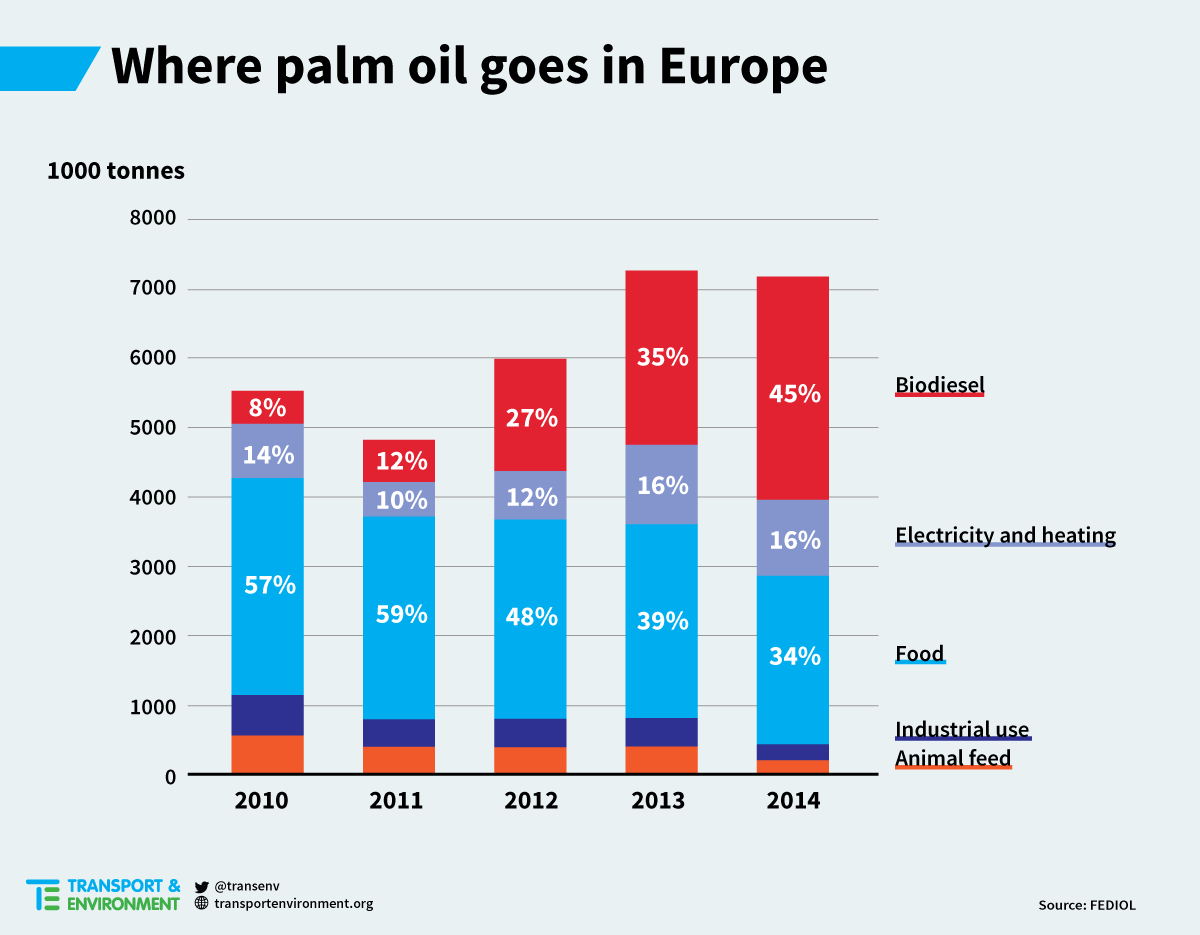 Biodiesel made from virgin vegetable oil is the most popular biofuel in the European market with a market share of three-quarters. Europe is the second largest importer of palm oil in the world. [3]

Jos Dings concluded: “We should phase out first-generation biofuels after 2020. Moreover, we should end the folly whereby biofuels that harm the climate still count as zero-emission fuels towards our climate targets. If we do not end incentives for bad biofuels, the better ones will not stand a chance.”

The European Commission is currently reviewing the Renewable Energy Directive (RED), which decides the future of the current 7% cap for first-generation biofuels after 2020, and sustainability criteria for all bioenergy including biofuels. The EU executive body will publish a proposal in the final quarter of this year. 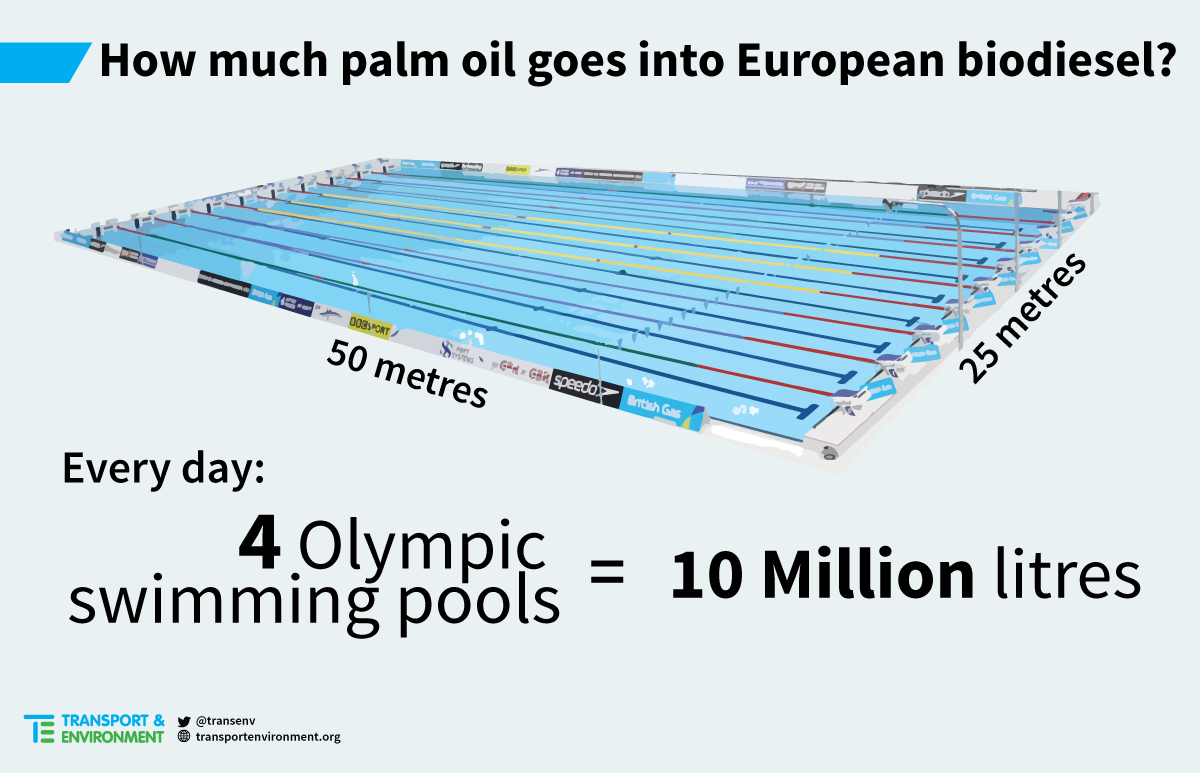 [2] Last year’s reform of EU biofuels policy established a limit on the growing consumption of land-based biofuels, which, because of indirect land-use change (ILUC) emissions, increase carbon emissions rather than reduce them. But the reform failed to include ILUC emissions in the carbon accounting of biofuels under the RED and Fuel Quality Directive, meaning harmful biofuels such as palm-oil biodiesel can still be counted toward the EU targets and receive public financial support.